The Laugh Resort at The Shoe

A variety of Perth Fringe World's best and brightest comedians will take to the stage at comedy venue The Laugh Resort throughout the festival in 2022.


More than 12 events over 23 days, starring 50 comedians, 5 nights a week. . . It's safe to say the venue will be alive with laughs at any given moment throughout January and February.

While the festival landscape has altered due to COVID, not much has changed for The Laugh Resort – a place which, even pre-pandemic, has welcomed local talent with open arms.

“We’re excited by the recent shift in focus to local artists – for the festival, for audiences and the media – recognising some of the best talent in the world exists here and getting to know now some of our ‘overnight success stories’ they’ll declare ‘breakout stars’ in future years,” Venue Manager Di Star says.

Ayden Doherty will return to The Laugh Resort with 'Birthday Party For A Dead Friend', a show exploring the survival of life's mental health hazards. Fringe Cabaret Award-winner Tomás Ford flexes his musical muscles and present silly string songs and life hacks in the world premiere of 'Campfire Ukulele Torture'. If you're under 18 and looking for the skills to get the LOLs, Melbourne Comedy Fest's 'Class Clowns Crash Course' might be for you – whether you're entering the upcoming 'Raw Comedy' comp, or just have a general interest in writing or performing comedy.

Just want to vibe with a bit of stand-up comedy? Each Wednesday, 'The Laugh Resort 9 At 9' is great for the undecided – previous guests include Rove, Dave Callan, Georgie Carroll and Rory Lowe. 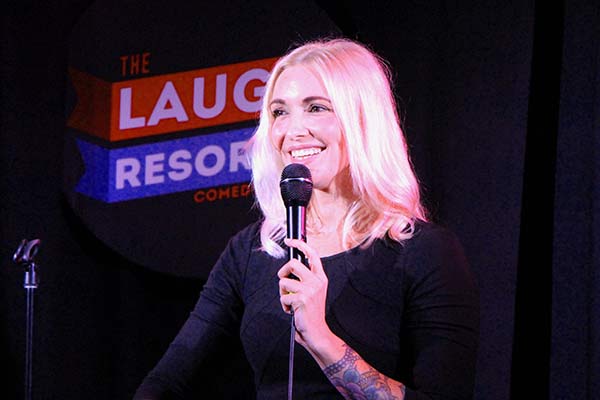