Southern Cross University graduate Matthew Collins spent most of 2020 making music from home to supplement his income after his band’s international tour was cancelled due to COVID restrictions.


As frontman of indie-rock band WHARVES, Matthew said 2019 had been epic, supporting DZ Deathrays for a 14-show tour of Europe, followed by a headline Australian tour. The band couldn’t have foreseen what 2020 would hold.

“In March last year we saw our Australian and United Kingdom tour disappear in the blink of an eye due to COVID, and it was pretty confronting having to think about life without it as performing is a really big part of who I am and who we are as a band,” Matthew says.

“Although it was very unfortunate, we definitely weren’t alone. Whether you’re a muso who plays cover gigs at the local RSL or you are ACDC lighting up stadiums, all of us were stuck at home.”

“We also had the challenge of having a member of the band living in Queensland and the other three in NSW, so there were weeks and months where we couldn't be in the same place due to borders closing and hotspots being declared and changing.”

The band first met while studying the Bachelor of Contemporary Music at Southern Cross University Lismore campus in Northern NSW.

After rehearsing together for a University showcase event, guitar and keyboardist Michael Watson, drummer Fraser Rojo Perrott, bassist Scott Finch, along with Matthew as singer, guitarist and songwriter – found their sound and formed WHARVES.

Last year they put everything they’d learned about DIY production, during their Bachelor of Contemporary Music at Southern Cross, to the test. 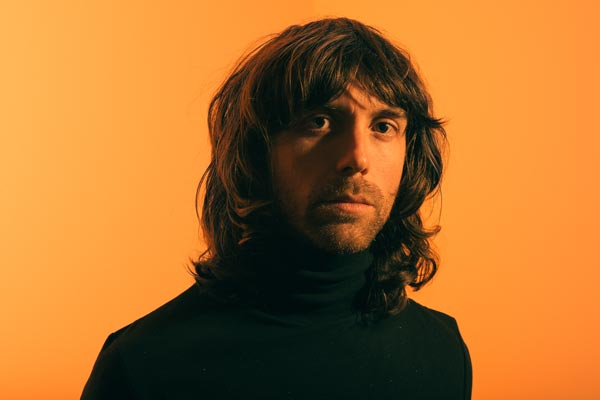 
“These setbacks and restrictions were a lesson in working on things that I can control and not worrying about things I can't, so I started looking at other ways music can generate money,” Matthew says.

“I reached out to other artists and was fortunate enough to co-write some wonderful music both in person and via Zoom. I also had the opportunity to produce an album at Rockinghorse Studios in Byron Bay.

“I was able to use my songwriting intuition, understanding of the technical side of recording and my experience of having spent a long time in the studio to help bring out the best in the artist and the band. It was a first for me and something that might not have happened with COVID.

“For our band WHARVES, it's made the project a lot more fun for us. We’ve all had to draw on our knowledge and level up our abilities due to financial and geographic limitations. As our main income stream had previously been from performing live we didn't have enough money to cover our biggest expense which was recording.

“This led us to produce, record and mix all of our music. We have released our first song ‘Think Straight’ from this new phase and will be releasing the second single ‘Everything I’m Waiting On’ coming up on Friday 26 February.

“We also started creating, filming and editing all our music videos which also saved a lot of expense. The state borders being closed caused us to adapt to recording and filming content remotely.

“Having the ability and control over all the content we produce is a lot more fun than before and COVID was the push we needed to explore that and step up to the plate.”

For more information about studying the Bachelor of Contemporary Music at Southern Cross University visit their website.
Tweet
« Sarah Blasko Is Ready For Anything To Happen Sheppard Are Highlighting The Power Of Love With New Album 'Kaleidoscope Eyes' »
back to top