2019 SAM Awards: Meet Some Of The Nominees On Friday (22 November), Music SA presents the finalists for this year’s South Australian Music (SAM) Awards, with the winners announced during a red-carpet ceremony at Bonython Hall (in Adelaide).


The SAM Awards are presented to leaders within the South Australian music industry who demonstrate the high level of excellence in local, contemporary music and the exceptional talent of the state.

The 2019 hopefuls include Electric Fields, Adrian Eagle, Wing Defence, MANE and Horror My Friend – who lead the nominations with recognition across six categories – representing a vivid cross-section of rock, punk, electronic, hip hop, heavy, jazz, folk, country, blues & roots, R&B, soul and funk, along with nominees from the fields of management, promotion, production and more.

Here, we chat with four SA acts who have all received multiple nominations: Stellie, Jess Day, Adrian Eagle and Horror My Friend.

Tell us a bit about your year so far?
Thinking back on this past year kind of blows my mind a little. It has been a year full of so many ‘musical firsts’. I played my first ever live show supporting Lime Cordiale at Lion Arts Factory, and since then have played some memorable shows around Adelaide with some of my favourite artists. 
I also had the opportunity to travel to Brisbane for BIGSOUND where I played my first interstate show. On top of this, I’ve been writing and collaborating with so many incredible artists around Australia, making music and having heaps of fun.

Click here to read our recent interview with Stellie.

What does it mean to be nominated for multiple SAM Awards?
As cliche as it sounds, it is a really big honour just to be nominated. Looking back at past musicians who have also been nominated and have received a SAM Awards, is pretty overwhelming. These are artists that I’ve really looked up to and have been inspired by since I was younger.

Even to be attending the Awards alongside some of the musicians who I’ve played shows with, or have met at gigs, is really special. The SA music scene is really like a massive family and are a real force to be reckoned with.


The industry recognition must be a nice boost to your confidence?
It definitely is! Just knowing that there are people out there listening to my music and following my journey is very surreal, and to me is the most important thing. To have my music resonate with people has always and will always be my ultimate goal, so I guess this is a nice way to recognise that I’m on the right track.

Any news re: upcoming releases/ live shows to share with our readers?
None that can really be announced just yet. But, I can say I have been working on lots of new material and cannot wait to start releasing new music very soon.

How can members of the general public best support independent musicians?
Come out and see some shows. There are countless musicians across Australia that are playing some top-notch gigs. No matter what night of the week, there will always be a local band playing somewhere.

Nothing beats hearing live music. I’ve discovered some of my favourite local bands through their live shows and it really is something special. It’s almost as if you build a stronger connection with a band you’ve heard play live, rather than just listening to them on the radio.

Favourite app at the moment?
I always love to browse Instagram. It's a really great tool to discover new music, and to see what and who everyone is listening to.

But, I think my most used app at the moment is the Notes app (boring, I know). I constantly use it to write down ideas and reminders for myself, or literally just random things that pop into my brain throughout the day. It's pretty funny to look back on every once in a while too – I always have a good laugh reading what I was thinking back in February of 2018.

Tell us a bit about your year so far?
I've had such an exciting year. I released two singles – 'Why Is She So Beautiful' and 'Rabbit Hole' – and was a triple j Feature Artist in May. 'Rabbit Hole' was added to rotation on triple j, so that's been super exciting getting to hear myself on the radio. 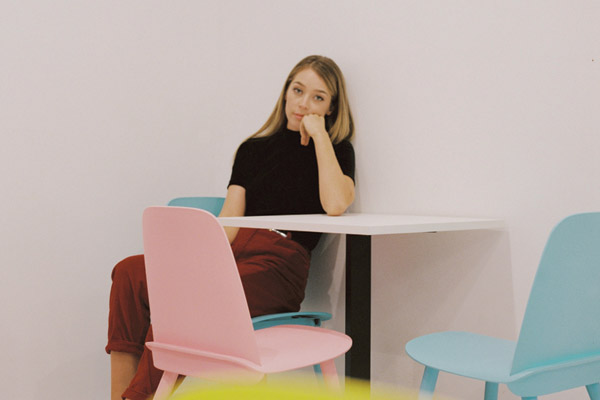 
I also got to do my first interstate shows on tour with Boy & Bear in August, which was so much fun and an amazing opportunity. I'm also stoked to have been signed by management company Wonderlick Entertainment and Select Music Booking Agency.

What does it mean to be nominated for multiple SAM Awards?
It's means the world to me to feel so supported by the South Australian music community. I'm also super excited about it because my parents and my Nan are over the moon about the idea of me winning an award for my music. It feels good to be able to make them proud.


The industry recognition must be a nice boost to your confidence?
It's so nice to know that my music has been well received by the industry. Being nominated has given me even more of a drive to keep releasing my music.

Any news re: upcoming releases/ live shows to share with our readers?
New music coming in hot.

How can members of the general public best support independent musicians/ bands?
If you can, come to live shows. It's one of the best remaining sources of income for musicians.

Favourite app at the moment?
Voice memos. I think I'm up to 990 voice memos. It's a love-hate relationship because they're never labelled, but I use it every day.

Tell us a bit about your year so far?
My year so far has been pretty wild; released my first official project and EP. This year has been very special and a life milestone for me. I've been blessed to do a lot of shows as well and see much of the country. 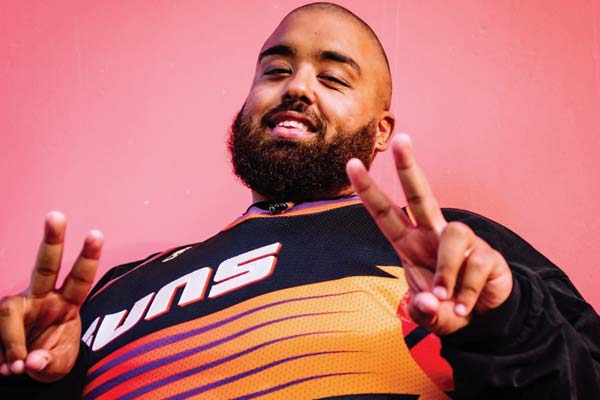 
Some highlights have been stepping out on stage with Hilltop Hoods on the Eminem tour earlier this year. Such an amazing experience and I'm so excited to embark on a 20-show tour next month with them. I also enjoyed touring 14 shows across the country last month with Tones And I; she is an amazing human and artist.

Click here to read our recent interview with Adrian.

What does it mean to be nominated for multiple SAM Awards?
I'm so thankful. Very honoured. I loved performing at the SAM Awards last year. I will be in America with HTH otherwise I would 100 per cent be there, but I will have some special fam in the house.


The industry recognition must be a nice boost to your confidence?
I feel super blessed and grateful to share my message through music, so to get recognition is pretty amazing. Super thankful to have opportunities to do Like A Version and MTV and other platforms to sing to the nation.

Any news re: upcoming releases/ live shows to share with our readers?
I'm doing my MAMA EP tour in Jan/ Feb 2020. So excited to do four special shows around the country. Also, I am working on my next project for release in 2020.

How can members of the general public best support independent musicians/ bands?
I think coming out to the shows and even supporting their social media pages is a great way to support, even if you don't spend money.

Favourite app at the moment?
YouTube and Instagram apps are my most used. Community and communication, inspiration from people I follow and videos I watch. But I try to spend time unplugged most of the day.

Tell us a bit about your year so far?
We released a couple of songs, went to the UK, France, Germany and Belgium and then we did some more shows in Australia. It's been good, but definitely a surprise (click here to read HMF's tour diary). 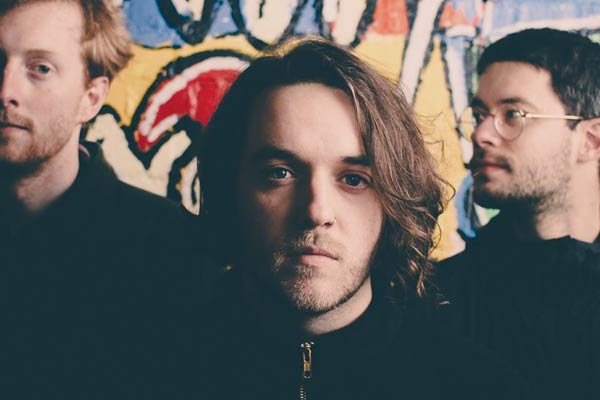 
What does it mean to be nominated for multiple SAM Awards?
It's definitely nice to be recognised after being active for a while. Happy to be acknowledged, we'll be happy if we win and happy if we don't.


The industry recognition must be a nice boost to your confidence?
For sure. We never really expect these things, but always a welcome bonus.

Any news re: upcoming releases/ live shows to share with our readers?
Yip! We just released a new single called 'Dopamine Waster'; hopefully some more stuff next year. We'll be supporting Dear Seattle at Lion Arts later in the month and heading to Canada with Hockey Dad and DZ Deathrays in December.