It’s time for a new era.


The 2022 season of The Australian Ballet promises to bring with it an era of artistry, with a selection of time-honoured classical ballets and striking contemporary works.

The company’s Artistic Director, David Hallberg, continues to attract some of the world’s best artistic talent to our shores, as he curates a series of thrilling Australian premieres from innovative contemporary choreographers around the world.

Next up is ‘Kunstkamer’. Commissioned for the 60th anniversary of Nederlands Dans Theater, it’s the joint creation of four choreographers: Paul Lightfoot, Sol León, Marco Goecke, and Crystal Pite, and draws together movement, song, film, and spoken word.

Choreographer of the iconic ‘Swan Lake’ and ‘The Sleeping Beauty’, Marius Petipa, creates next performance ‘Harlequinade’, a lively loved story from 1900 based on commedia dell’arte and featuring a melodic, lifting score from Riccardo Drigo, a close collaborator of Tchaikovsky’s. After his century-long sleep, the irrepressible Harlequin is wide awake and ready to charm ballet lovers of all ages. 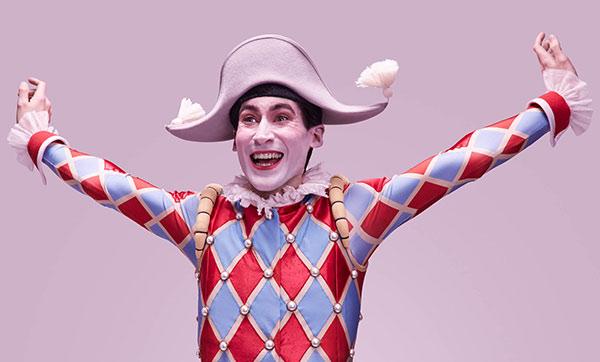 
‘Instruments Of Dance’ is a contemporary triple bill from resident choreographers from three of the world’s top companies, as they respond to scores from modern-day composers working in very different musical fields. It will bring together fascinating works from three corners of the globe and maps the shape of the art form in the 21st century.

John Cranko’s ‘Romeo And Juliet’ was first presented in 1962 – the same year The Australian Ballet was founded. Many of the company’s dancers have grown up with the production and gone on to shine in may of its roles. In this production, which brings 2022 to a close, John evokes the grandeur of the Capulets’ ball, the fierce family clashes and the flairs of young love, all while Sergei Prokofiev’s score flows in the background.

The Australian Ballet’s 2022 season is set to be storytelling and spectacle at its best.