Highlights include LIMITLESS, a micro-festival celebrating performance and visual artists with disabilities, a series offer concerts, Sydney Fringe Cabaret Club and The Barracks Comedy Club. Plus, there’ an exciting hub dedicated to supporting emerging artists and innovative new works.

“This year’s programme is an incredible testament to the resilience and passion of the independent arts sector in Sydney,” CEO and Festival Director Kerri Glasscock says. “Despite the immense difficulty of the past two years they are uniting to bring you the work that has been bubbling away under the surface during lockdowns.”

“With 500 shows, nine festival hubs and work from every genre there has never been a better time to get out and explore Sydney Fringe. This is our city’s festival, and a celebration of Sydney stories, so get ready because Fringe is back and we need you.”

The inaugural LIMITLESS micro-festival at 107 Redfern celebrates Deaf and disabled artists across a two-week programme of inclusive, diverse and show-stopping performances and exhibitions. There’s 300 Paintings In Lockdown, comedian Sam Kissajukian’s take on art, the artistic process and mental health; and ‘Crips And Creeps Comedy’, an inclusive evening celebrating marginalised entertainers. Digby Webster will also be exhibiting a selection of works. 
Sydney Fringe Cabaret Club features a month-long programme of cabaret shows at the Castlereagh Hotel. Meanwhile, Fringe Comedy is set to present more than 135 shows at The Factory Theatre and The Barracks Comedy Club will showcase of the best emerging and established comedians. Highlights include AJ Lamarque’s ‘English Breakfast’, a sentimental comedy show following AJ’s journey as a mixed race, queer person; and ‘Tu Nri Banega’, a Hindi comedy show about the everyday struggles of immigrants from India. 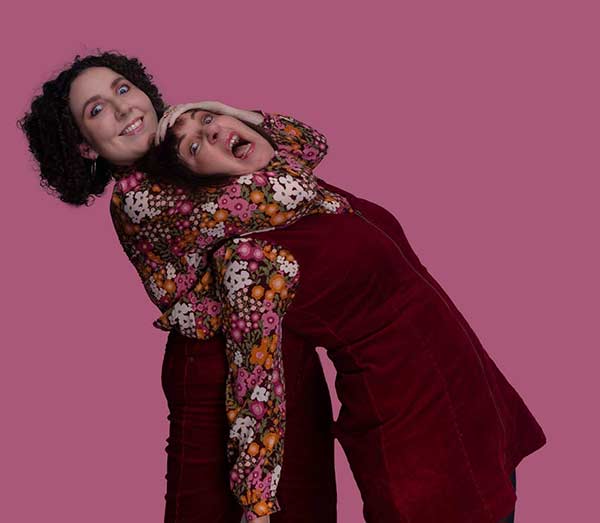 
Since 2014, Sydney Fringe has transformed the Erskineville Town Hall into a hub for new works, new artists and new ideas. The 2022 festival is no exception. The Emerging Artist Sharehouse returns with highlights like ‘Cherry’ a comedy cabaret show celebrating the power of music; ‘The Tale Of The Great Emu War’ a stranger-than-fiction play exploring Australia’s greatest military defeat against emus; and ‘Gameshow’, where everyone’s favourite TV game shows come to life on stage.

Sydney Fringe will present a line-up of incredible female identifying artists who are at the vanguard of music in Australia, as part of YCK Laneways’ Front And Centre Festival. Acts include Jaguar Jonze, JOY, Kilimi, and Pirra. 
Fringe has secured access to two of Sydney’s best-kept secrets: St George’s Hall and The Studio Theatre at the Newtown High School Of The Performing Arts. These venues will become home to content and performances tailored for under-18s, including dance work ‘BlackLux: Perspectives In Timelapse’ and ‘Egg’, a solo work from Erin Fowler.

The team at Marrickville Metro has partnered with Fringe for three days of live entertainment and food: Smidmore Sessions. There’s live comedy, outdoor family cinema, and a showcase of the best of the Inner West musical talent. Over at Hurstville Plaza, Fringeville is one huge night of roving entertainment, live music, a comedy bus and more. Plus, Hurstville Entertainment Centre’s Civic Theatre will host shows, and Parramatta’s Riverside Theatres have teamed up for a short season of theatre, dance, cabaret and comedy performances.

All of this joins an already announced, already packed programme of arts, comedy and live music.