The award-winning Summer Nights will return to Perth in 2022 – the Blue Room Theatre’s mini festival of utopian dreams and dystopian nightmares.


After a year off, Summer Nights will return in 2022. Because what is Perth/Boorloo’s scorching, feverish festive season without it?

This award-winning programme of theatre, movement and storytelling features 12 red hot shows from some of Boorloo’s best up-and-coming, established, and experimental artists.

Ride on the wave of melting moments. You’ll find water skiing surreally staged in the heart of Northbridge. Visceral and raw theatre lit by audience torchlight. There’s an angsty teen musical set in Perth’s golden triangle. A dance work that exhausts the performers, and a haunting tale of blurred lines and hidden ghosts.

Choose your own adventure as you debate philosophy with a fish. Rethink what it means to give birth and be birthed in a messy sing-along. Get twisted up as a multitude of bodies, dresses, and dinnerplates fracture the notion of womanhood.

Then join the search for meaning and identity in a world of BuzzFeed quizzes and Co-Star alerts. There’s an unflinching account of violence, delivered on a toilet seat and backed by a storm of sound. Plus there’s going to be a wildcard or two!

Newly appointed Program Manager, Rose Kingdom-Barron, says you can expect fierce, fun and thrilling performances from the 2022 Summer Nights cohort, with artists that are pushing the boundaries to make new work. 
“We’re extremely excited by the stories these artists are sharing. Our festival provides a home for the theatre die-hards as well as opening up the venue for other curious folk to dip their toe in. We’re honoured to bring people in and share the experience of live performance this summer, in its power, intimacy, challenge, and joy,” Rose says.

It all kicks off with Housewarming, Summer Nights' free opening party, happening Friday 21 January. This edition of Housewarming will see The Blue Room Theatre team up with RTRFM 92.1 and local party starters House of BOK.

It might be warm outside, but Summer Nights will be anything but a stuffy night at the theatre.

The Blue Room Theatre has presented 283 works and supported over 2,500 artists over 11 festivals since 2010 and as a Fringe World-registered programme from 2012 – 2020. In 2022, Summer Nights will evolve again, seeing the festival run entirely independently once more.

Check out what your Summer Nights will be made of below.

stillbirth
Groundbreaking new Australian play
From playwright-to-watch, Tinashe Jakwa. A white man seeks refuge in a black family’s home, unable to flee and fearing discovery. Haunting sounds and a terrible stench permeate the family’s house as the lines between black and white are blurred. 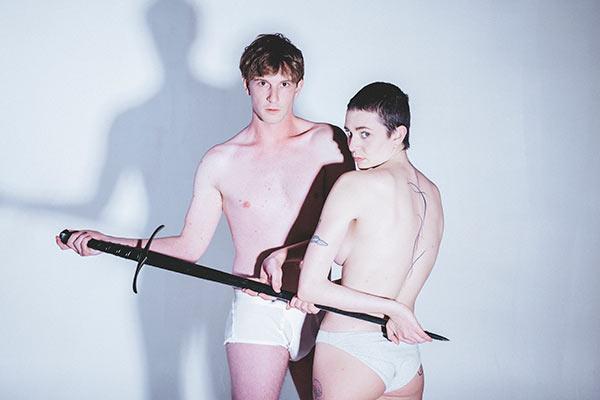 
Conversations With A Fish
Will a fish always be a fish?
A series of ‘choose-your-own-adventure’ style dark comedies that activate democracy and provoke deep reflection upon human existence. This is the debut professional play from First Nations artist Helah Milroy.

She’s Terribly Greedy
Multiplicity and contradiction explode in movement
A group of daring WAAPA graduates serve up the multiple identities that one woman wants to inhabit at the same time, ripping open female contradiction and shredding oppressive patriarchal ideologies.

Wildcard
Music, dance, storytelling – expect every card in the deck!
Facilitated and directed by Henry Boles, your nightly line-up will bang heads and seek to create a work that exemplifies the exquisite space between them, with no two nights ending up the same.

Salome δ
Dance-theatre about virus, sickness, sex, and shit
Created by independent theatre f...faces Andrew Sutherland (Squid Vicious) and Joe Paradise Lui (Renegade Productions) this is a 'dance of the seven veils' that eventually exhausts and ruins the performers in their attempt to unravel their utmost desires.

The Complete Show Of Water Skiing
A feel-good play about a forgotten sport
Summer. Perth. 2022. Armed with her late grandfather’s copy of ‘The Complete Book Of Water Skiing’, and the power of friendship, Jenny and her mates set out to compete in the grand water skiing championships. 
The Ugly
Live music and strip tease
Created and performed by Phoebe Sullivan ('Beginning At The End [Of Capitalism]') and Joe Paradise Lui ('Unsung Heroes'), performance art meets cabaret in this complicated, writhing mess of sex and nudity that questions what and how we define ‘desirable’.

Mother of Compost
Live music, mess, family photos, and dragged-up parodies
Noemie Huttner-Koros invites you to rake what your mumma gave you in this queer and unruly family gathering, a party and a communal grieving for all that is being lost and everything that is still left to fight for.

Takatāpui
Queer joy and hot rage
A new solo tour de force by unpredictable antidisciplinary artist Daley Rangi, the piece unearths the shadowy events of one fateful night out, an attempt to ‘just be yourself’ which ends in a cruel act of control, a journey of identity fraught with peril.

Leo/Taurus/Taurus
Who are you when you strip it all away?
Told through personal storytelling, movement, songs and poetry, 'Leo/Taurus/Taurus' is a glittery, energetic, moving journey through our search for meaning, and the tools we use to figure out who we are; from astrology to Myers Briggs, BuzzFeed quizzes to IQ tests.

Utopia
Raw, visceral, postmodern theatre
Amir Musavi is presenting his first play in Western Australian as Writer and Director. Born in Afghanistan and arriving in Australia just two years ago, 'Utopia' is a work of anger, insight, despair, and resilience. . . An urgent expression from a young man watching horrors unfold in his homeland and across the globe.