After a year of social isolation, this season is filled with joyful, big-hearted works from incredible theatremakers reaching across our increasingly fractured world – from Gadigal to Gunaikurnai country, from South Africa to Singapore, from cyberspace to outer space.

There will also be a few not-so-traditional theatrical experiences. . . Including a work performed live over a nude camming website, one performed outdoors in Darlinghurt's Green Park, and one presented completely in 1:8 miniature.

The company will also make its return to SBW Stables Theatre after moving to Seymour Centre for the last two shows of 2020.

“Coming into the fold of Griffin during a time of crisis was a pretty wild ride, but the theatre’s period of darkness has only made me more excited about the program of works we’ve assembled for 2021,” Artistic Director Declan Greene says. “After one year (and counting) of enormous change and resilience, this is the perfect time for Australian theatre to bounce back with a vengeance, to push the envelope of what’s possible, and to give our audiences the chance to be surprised, shocked and entertained over and over again.

“All the works in our 2021 season are drastically different, but they’re all unified by their urgent look to Australia’s possible futures. I can’t wait for audiences to visit the Stables again and be greeted with a dual sense of the familiar and the new. Bring on 2021!”

'Green Park' by Elias Jamieson leads the season. Audiences will be outfitted with a set of headphones to eavesdrop on two men, who've met as prelude to a Grindr hook-up. It might not look like much to passers-by, but those watching on will experience a dangerous psycho-sexual collision. . . In a very public place. 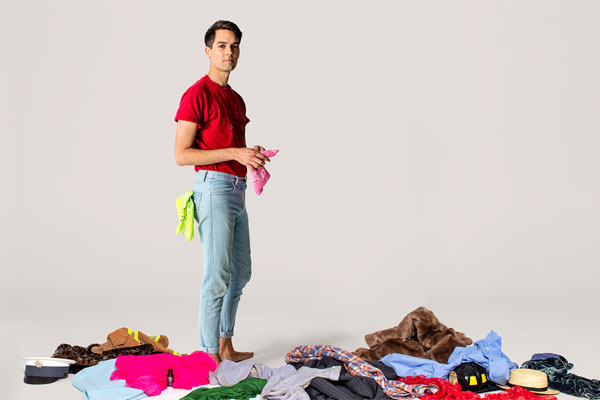 
In alpine Victoria, on Gunaikurnai country, a woman is on the hunt for feral dogs after finding her flock of sheep dead. A dingo watches her. Andrea James and Catherine Ryan's 'Dogged' sees a bloody confrontation between two elemental forces.

Kendall Feaver's 'Wherever She Wanders' will finally take to the stage after being rescheduled in 2020. On the surface, it's about rape culture at Australian universities, but it's also about activism in an era when anyone with access to a smartphone can have a political voice.

Next up, 'Orange Thrower' by Kirsty Marillier provides a radically fresh perspective on a coming-of-age story where Zadie experiences her house being pelted with oranges night after night. Maybe it's nothing, or maybe someone wants them out?

Merlynn Tong stars in 'Golden Blood', based on her own (kind of) true story. An orphaned girl is left in Singapore in the care of her estranged, slightly older, gangster brother.

In addition to the main season, Griffin will present two shows as part of a new artist development programme, as well as two special events – 'Is There Something Wrong With That Lady?' by Debra Oswald, and 'Pleasuredome' by Xanthe Dobbie and Harriet Gillies.

Additionally, Suzie Miller's 'Prima Facie' will make its anticipated return to the Seymour Centre in June.