With a killer '80s soundtrack of massive hits plus original music from Tony Award-winning Duncan Sheik ('Spring Awakening'), 'American Psycho – The Musical' promises to be revoltingly fun and wonderfully disturbing.


Starring Ben Gerrard as Patrick Bateman, 'American Psycho' follows a man who has it all – including an uncontrollable bloodlust behind closed doors.

It's unmistakably a commentary on the privilege of a man in power, a reproduction of the 1991 novel from Bret Easton Ellis, laced with toe-tapping tunes.

The musical is relatively fresh, having premiered in 2013 in London. By 2016 it had hit Broadway, and over the years it has been nominated for Tony Awards and even won a few Drama Desk Awards.

Here, the folks at Home Of The Arts Gold Coast have put together a list of five things you can expect at 'American Psycho – The Musical' before it hits the stage there.

A killer '80s-inspired soundtrack. Patrick Bateman loves Huey Lewis And The News, isn’t that right Paul Allen? With music and lyrics provided by the incomparable Duncan Sheik, the soundtrack is mind-bendingly perfect. You’ll find yourself thoughtlessly bobbing along while Patrick mercilessly slaughters everyone around him.

The best-looking cast you’ve seen on stage. Taking inspiration from Patrick’s morning routine, shallow appearance obsession is a must for all actors stepping into the bloody raincoat of Bateman. Ben Gerrard and his co-stars are no exception. You’ll struggle to find a review that doesn’t mention the *ahem* physicality. This cast has already scored nine Sydney Theatre Awards, including Best Direction of a Musical and Best Performance by a Male Actor in a Leading Role in a Musical. A mouthful of praise towards Ben Gerrard, filling the enormous shows of the originator of the role, Matt Smith ('Doctor Who'/'The Crown'). 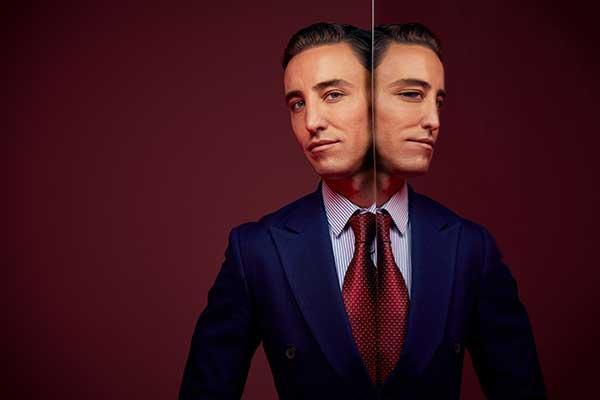 A bloody good time full of genuine laugh-out-loud moments. How did Roberto Aguirre-Sacasa and Duncan Sheik turn one of the most controversial novels in recent history into a Broadway musical? A sickeningly funny, wonderfully disturbing, and morosely satirical take on the Bret Easton Ellis novel will have you snort laughing while questioning your own sanity.

An excursion from your comfort zone. Don’t get it twisted, this is absolutely a musical. It’s just not your mother’s musical or what you may expect from theatrical productions. On the contrary, this is a fantastic time to introduce your most ‘reluctant to embrace the magic of theatre’ friend to musicals. A step outside your comfort zone for newbies and performance connoisseurs alike, consider this your permission slip to try something new.

Expect the unexpected. The decision to turn 'American Psycho' into a musical was met with confusion and glazed stares. How could you possibly take something so disgusting, so controversial and set it to music? Shockingly, with immense success and strings of rave reviews. The production is due to arrive for a Queensland exclusive Gold Coast run, right off the back of a packed Sydney Opera House season. Pushing beyond the boundaries of what is the ‘standard’ for Broadway song and dance, the ride is worth the price of admission for 'American Psycho – The Musical'.

‘American Psycho – The Musical’ was scheduled to play at HOTA, Home of the Arts Gold Coast 8-10 July. Due to border closures, the performance has been postponed. Join the waitlist at HOTA’s website.
Tweet
« Adelaide Symphony Orchestra Gets Dancing With Ministry Of Sound: Classical Rovers – Roxanne McDonald On A Show Celebrating Trailblazing Women »
back to top