Much like an epic novel, this is indeed a great game to pick up, escape and journey through for an hour or two at a time.


With an enchanting storyline filled with mysteries, charming character development and a unique portrayal of right and wrongdoing, 'Lost Sphear' follows the journey of Kanata and his companions in the lustrous world of Lost Sphear.


Created by Tokyo RPG Factory – the relatively new studio founded by Square Enix – this retro-like JRPG is the studio’s first follow up to the spellbinding tale of 'I Am Setsuna' that was released in 2016 on PS4/ Steam and later released on the Nintendo Switch in 2017.

After missing out on playing 'I Am Setsuna' when it was first released, I had the opportunity to play this on the Nintendo Switch when it was released in April, 2017, and I can gladly say it was one of the best games I had played that year and is the only game which brought a tear to my eye.


'Lost Sphear is an enchanting tale in the form of a classic JRPG.'

I was blown away by how beautiful this story was with its profound themes, meanings and philosophical messages which I correlated with my real-world experiences and how I perceived life, our society and the power of choice.

In saying this about 'I Am Setsuna', it is probably no surprise that I was excited when 'Lost Sphear' was announced. 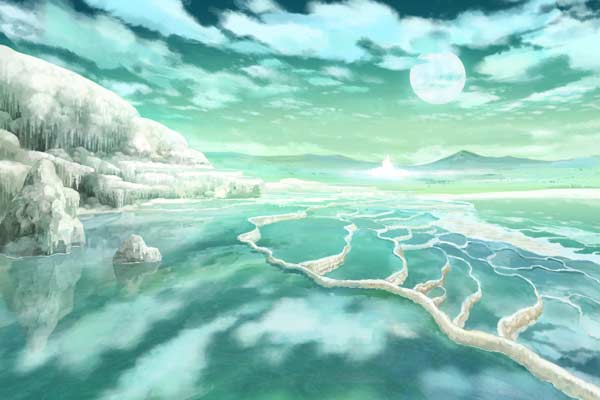 'Lost Sphear' is the story Kanata, a young, brave swordsman who acts like a guardian to his village and sets out with his friends to restore lost memories to save the world.

When Kanata attends to an assignment outside the village, he and his trusted followers return to find that the town has fallen under a terrible spell – known as ‘The Lost’ – that shrouds the entire area in a glistening white abyss.

It is later revealed that this is because the memories of these voids of white have been lost, but the true mystery is why the memories are lost in the first place.

Kanata’s mission alongside his fellowship of friends is to restore ‘The Lost’ with memories that are found throughout this world. These memories are mostly found by defeating mobs of monsters but is ingeniously encrypted into the dialogue with townsfolk, monuments and statues. 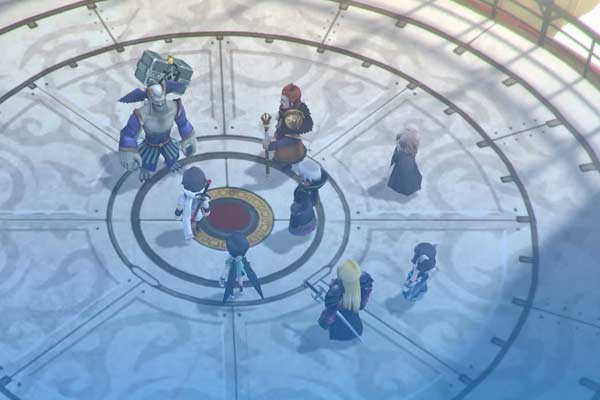 ‘The Lost’ acts much like most tropes in your classic JRPGs – be that 'Final Fantasy' or 'Pokemon' – blocking access to the next area until you fulfill a quest, learn an ability or enter a boss fight. As it can be assumed, you and your party encounter many obstacles on the journey to recover ‘The Lost’ across this vast world by land and by sea.

Now having put 12 hours into the game – which feels like the halfway point however there’s apparently 40 hours of playtime on this title – it is relieving to be able to say that Tokyo RPG Factory has evolved and innovated on 'I Am Setsuna’s core gameplay, confusing menus and, at times, the seemingly pointless array of items you could loot and trade for new powers known as ‘Spritnite’.

Firstly, the combat system has greatly improved in this new title allowing players to move their characters during battle that provides a wider variety of tactics and dynamic attacks to defeat the enemies you encounter.

Apart from being able to move the characters, the battle system functions exactly like 'I Am Setsuna'. Each character has a timing bar, which once full activates their turn. While waiting their ‘Momentum’ builds, which once full can be activated at the right time during an attack to ultimately deal more damage to the foe.

You develop the characters skill set by equipping found and purchased ‘Spritnite’, enabling new offensive and defensive abilities. Each character innately has a defined roll, style and list of unique abilities that you tailor to how you’d like to play.

Like your typical RPG, characters take on traits that set them into particular classes – although this is never outright stated – such as tanks, healers and damage dealers. This combat system and depth in character traits and unique abilities make for a much more interesting and involved experience than the previous effort in 'I Am Setsuna'.

However, the mobs you encounter don’t really challenge particular play styles that would typically force upon an alternative strategy. 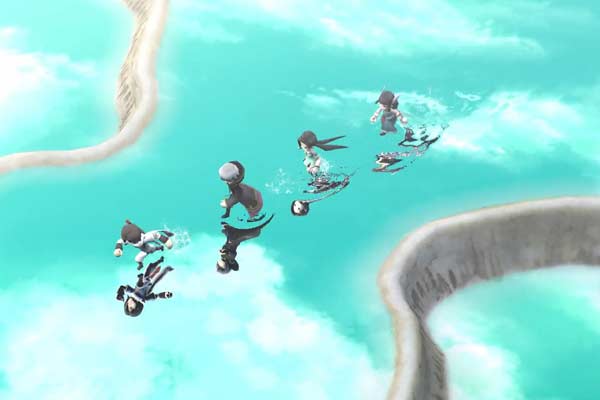 Another new addition are the Vulcosuits that are basically ancient, mechanised armour that enhance your characters stats and abilities. This seems like a great addition at first, however so far these have been used more so out of battle to break down large boulders to pass through, rather than the intended use in battle.

Again, there doesn’t seem to be a real challenge where you are forced into an alternate battle strategy that requires these suits.

To make this point clear, once you have an understanding of particular characters abilities that are well and truly overpowered – even without the increased stats you gain from this armour – you can take down an entire mob of enemies with one character, in one turn.

This almost made it feel pointless trying to gain a wide range of ‘Spritnite’ and even bothering to make use of the Vulcosuits.

In saying all of this however, you will still be challenged in boss fights, and these are much more interesting to those found in 'I Am Setsuna'. These boss fights now have varied phases and will require you to alternate your strategy and plan your attacks and defensive and healing options wisely.

Alongside the beautiful art style, graphics and shimmering colours that is a wonderful throwback to everything we loved about JRPGs in the '90s is, of course, the return of the composer Tomoki Miyoshi.

You can’t ignore the importance of music and how it affects the experience in gaming. It is without a doubt that Miyoshi’s score made a stunning impact on 'I Am Setsuna', that was 99 per cent piano.

Again, Miyoshi proves to be quite a musical genius, elevating every element of the game with his unique compositions that now delve into bigger and bolder arrangements and instrumentation.

Sadly however, where the game has made improvements on its successor, the truly compelling story which was 'I Am Setsuna' has almost left the slow-burning first quarter of 'Lost Sphear' feeling lacklustre.

There are indeed some profound moments, especially when you are searching for these deeper meanings in the dialogue between characters that on reflection invites you to think about the choices which are made by governing bodies and at times, by us as individuals, that affect others and marginalises them.

Despite the slightly monotonous introduction, 'Lost Sphear' did finally grab my attention and actually had me lost in this wonderful world of magnificent beauty, both visually and audibly.

I didn’t fall in love with the characters quite like I did in 'I Am Setsuna', but I grew to appreciate their traits, their actions and the reasons for their journey.

Tokyo RPG Factory have done a great job in enhancing the UI, the battle system and those extra little elements to the game that has provided more depth and a better user experience.

Much like an epic novel, this is indeed a great game to pick up, escape and journey through for an hour or two at a time, however, I doubt you will feel impulsed to read front to back in one sitting.

'Lost Sphear' is out now for Nintendo Switch, PS4 and Steam.