The Specials @ The Tivoli Review It’s an overcast, quiet sort of a night mid-week in Brisbane (15 March), suitably fitting for a mostly British audience, as The Tivoli Theatre braces for one hell of a sweaty ride at The Specials sold-out show.

Originally forming in 1977, The Specials influential catalogue of work revoluntionised the 2 Tone, ska and punk generation.

A definitive force in music and one of the most influential groups in UK history, The Specials’ manic, party-time antics and British-checkerboard style were the triumphant soundtrack to the hopelessness facing the British youth. 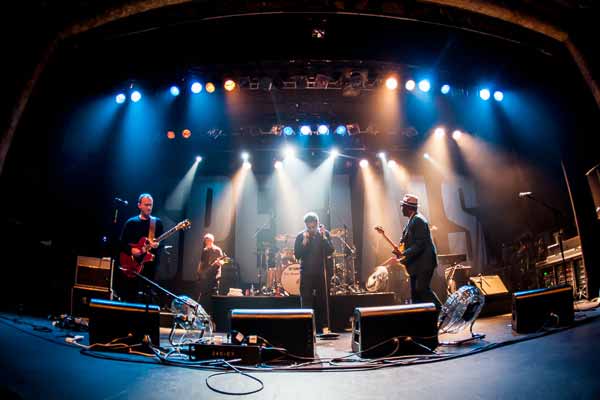 The show begins in darkness and The Specials tease the deafening audience with silence. A siren sounds, a slow, kick drumbeat starts to play, and a haunting brass section sends waves over the room as The Specials begin their set with possibly one of their most significant hit songs, ‘Ghost Town’.

‘Ghost Town’ was a powerful dialogue responding to the unemployment and violence in Britain in 1981, and still resonates clearly today with the political state of affairs that surround us. 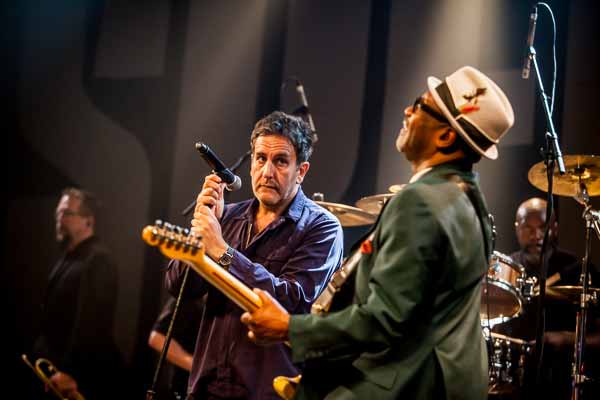 The majority of the audience are British speaking, 50-somethings, wearing top hats, suspenders and a sea of 2 Tone black and white. It becomes apparent while being here tonight that The Specials were a band that were the voice of this generation here in Australia and in the UK.

The ‘Rude Boys’ and ‘Rude Girls’ are loud and boisterous here tonight, and sing every, single word to every, single song with fierce conviction and fists in the air as if they are chanting, on their way to war.

The brass and percussion-soaked sounds are disjointed and full of manic energy, driving the rhythm faster and more triumphant as the set goes on. The beautiful thing about 2 Tone is the fierce, manic attitude and speed of punk and the beautiful and harmonious sound of ska with warm brass and vibrant steel drums; The Specials are masters of this sound and tonight they deliver another outstanding performance.

The Specials play a beautiful rendition of ‘Redemption Song’ and the audience sing-along, together with a glorious sounding harmonica and strings playing the melody piercingly over the vocals.

‘Concrete Jungle’, ‘Monkey Man’ and ‘A Message to You, Rudy’ play one after another and the energy is growing as the beats get faster and faster. By this stage people are skanking, star-jumping and throwing themselves around each other, fist pumping, clapping to every beat and roaring the words back to the band.

The show concludes with a very spirited performance of ‘Enjoy Yourself’ and the band exit stage. Now standing in the darkness I think to myself that this is the how a real ‘encore’ was organically created.

This is the kind of encore where a riot feels like it is about to start if the band don’t come back on stage. The energy is electric and the audience don’t give in; it sounds like we are at a British football game with the screaming and chants.

The band appear back on stage (no riots thankfully) as they wrap up the night with ‘You’re Wondering Now’, the audience relentlessly singing well after the band had stopped.

Click here for more photos.
Tweet
« Chain And The Gang @ The Foundry Review Triple J Announces One Night Stand Line-Up »
back to top