There is something inherently different with anniversary tours being that the element of surprise is replaced with a sense of nostalgia and familiarity.


By the conversations overheard in the crowd pre-show, you got a sense there were some very real memories attached to The Tea Party’s 1997 release and third album, 'Transmission'. Listed as a double bill without a support act, the Ontario natives – Jeff Martin, Jeff Burrows and Stuart Chatwood – enter the stage (10 November) to an excited Sydney crowd.

Immediately, the band destroy the notion that this was going to be a 'start to finish' rendition of the album, by opening with the second track, ‘Army Ants’.

Initially, myself and other punters were greeted with a terrible sense of trepidation with Jeff leaving out a large portion of the lyrics and the signature cohesiveness between each member seemed amiss.  What if this was a bad idea?

Initial fears were slowly silenced when they worked straight into ‘Babylon’, one of the more aggressive tracks on the album, and by the end of it, the band had found their groove. 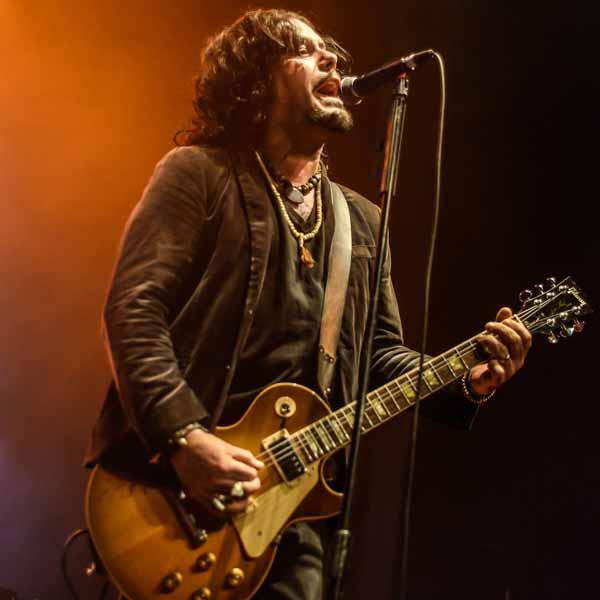 ‘Psychopomp’, ‘Gyroscope’ and ‘Emerald’ were all opened with extensive back stories of various literature and personal anecdotes that provided an even greater emotional response by the crowd, who seemed to be hanging on Jeff’s every baritone word proving he is still one of the great storytellers in rock.

With the help of his trusty double-necked guitar, Jeff walked the crowd through the lyrical meanings of ‘Alarum’ that led straight into a speech about his concern for the state of the world and how that attributed greatly to the way that we treat the women in our lives, cue ‘Release’.

As a long time Tea Party goer, this was one of the best performances I’ve ever seen of this track. 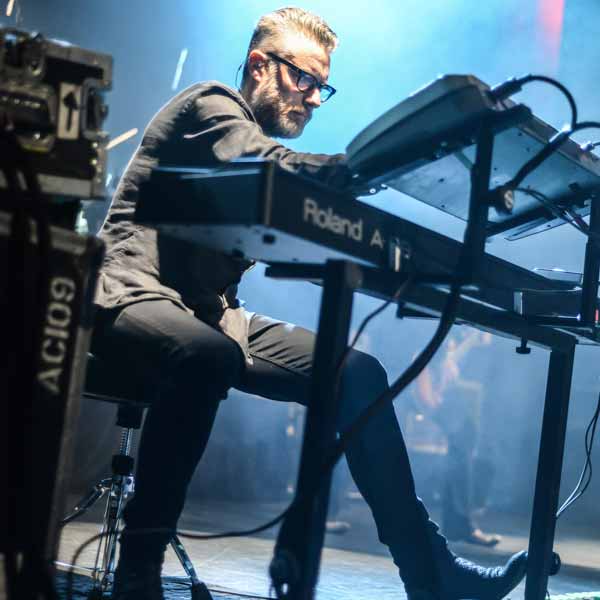 The crowd opened up and filled the Enmore Theatre with a glorious sing-along to the verse: “I want you to be free… free from me” forcing the band to extend the song, allowing the moment to carry further and leaving Jeff and Stuart wiping tears from their eyes.

Apparently the 'Dark Lord of Rock' doesn’t tear up very often. “That was a pretty song… this isn’t a pretty song…”, which was the opening description to the title track ‘Transmission’, a track that really exhibited Jeff Burrows booming drum aesthetics.

Thanking the late David Bowie for all the influence he had on the direction of 'Transmission', ‘Aftermath’ was dedicated to his memory.

The first track of the album, ‘Temptation’, became the last song of this Transmission-anniversary set, prefaced by a speech that the rumours that The Tea Party being fuelled by mysticism, drugs and sex… may all be true.

If the first set was an intense description on a specific album and time, then the second set could only be described as an extensive description of who The Tea Party are, and they were here to have fun. Essentially playing 6 tracks they stretched the set time to 80 minutes by filling them with extended interludes and influential covers that really exhibited their musicianship and wider range of influence.

Whether it was Tool’s 'Sober', in the middle of ‘The River’, the 12-minute rendition of ‘The Bazaar’ into ‘Save Me’, the crowd frenzy inducing U2’s 'With Or Without You' in the middle of ‘Heaven Coming Down’ or it was the epic ‘Sister Awake’ that broke down into The Rolling Stone’s 'Paint It Black that went into a loud 'We Can Be Heroes' sing-along by an already stated influence, Mr David Bowie.

Whatever it was, magic happened that night and the fans who were there were given an intimate insight into a strongbox of The Tea Party discography while also witnessing the strengths of their musicianship and influences.

So, with a gracious smile and thankful bow out, Jeff, Jeff and Stuart all thanked Sydney for being their spiritual home and by the crowd's response it seemed they were happy they we able to call Sydney that.