The Duhks: Returning To Their Natural Habitat 
Celebrating 30 years, Woodford Folk Festival is known not just as a celebration of cultural diversity and the spirit of friendship, but also because it epitomises the power of people through its massive volunteer network and demonstrates that festivals can be environmentally sustainable.


The Duhks founder Leonard Podolak has attended Woodford twice previously and was impressed with the spirit of the festival, and is looking forward to returning. “The original version of the band played at Woodford Folk Festival in 2005 and it really blew our minds. Ever since it’s always been a festival of festivals. The truth is it’s a festival that is just an awesome human endeavour,” he says.

Over the past 30 years, it is a festival that has grown with each event and The Duhks are eager to see what it holds in 2015. “I happened to be there a couple of years ago also with a quartet I’m a part of called Dry Bones and all I noticed is that it grew and got even more awesome. 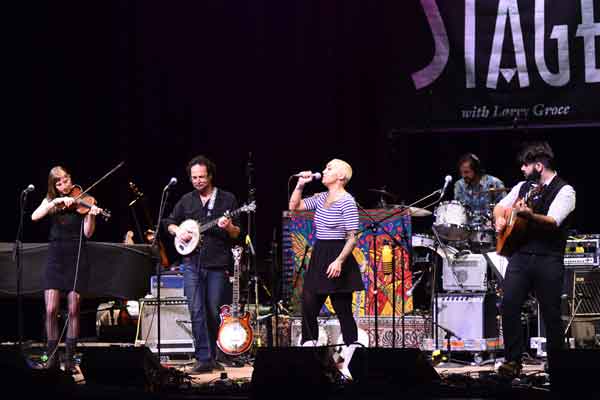 "I was still blown away by the site layout with the different streets and avenues and all these different and amazing things going on and how, unlike any North American festivals, there wasn’t a specific food area or specific area for arts and crafts venues or even stages; it was just like a city,” he says.

Leonard grew up in the folk scene in Canada and created The Duhks to be a festival band. “My parents started a few different folk festivals that still exist, and I still think the Canadian festivals are awesome in their own way, but [Woodford] certainly opened [our minds] a lot to what a folk festival really could be and should be and we are so thrilled to be back.


"Festivals really are what inspired us; where we started the band was to be a festival band to play music from the heart and music from our influences. A combination of the kind of people who we are and festivals seemed to be a really good fit for our spirit,” Leonard says.

With four shows to play at one festival, The Duhks have no shortage of repertoire from a thirteen-year career. “We released a record in the past year and a half called ‘Beyond The Blue’… so there’s a lot of stuff we’ve never played in Australia and we’ll play a good part of that record and certainly some of the repertoire from our past as well. We’re still creating lots of different stuff that no one has heard yet.

“We’re going to try and match the energy of that place. It’s an eclectic festival; people come in with all kinds of different tastes and that exists among us too so I think we should have a pretty good level of connectivity. I really hope that I can manage to stay up to bringing New Years with [everyone] on the top of the hill.”