It's a Friday night (10 June) in Brisbane and there is a true wintriness with the absence of the sun.

Tonight my live sustenance is courtesy of The Jezabels, celebrating their debut studio album 'Prisoner', at The Fortitude Music Hall, with its collection of bangers that have been pleasing our ears for the past. . . 10 years!

It's an album that should be listened to from go to woe to get the best experience, each track a chapter in a book. It must have been written and arranged as a cinematic experience. Kind of like a good martini – to stir the emotions, not shake them about on a shuffled playlist.

The opening act may be the entrée tonight but they are just as readily consumed by many as a main. It is a full bodied post rock/ metal dish comprised of six key ingredients: Matt Harvey (guitars), Mark Owen (Guitar), Carl Whitbread (guitars), Kieran Elliott (bass), Mathew Kelly (keys/ synths), Nathaniel D'Ugo (drums). 
The musical flavours, colours and textures of their individual talents, combining to form the instrumental iteration of We Lost The Sea (WLTS). The labours of which are long, emotive, atmospheric tracks that journey the listener (and sometimes observer), to unknown places, force you to confront a myriad of feelings drawn from facets of our micro and macro existence.

Gently easing us into their atmospheric jam with 'A Beautiful Collapse' fans in the crowd give a cheer that acts as a signal to other punters to face the moody stage, overly hazed in artificial smoke and dimly lit. The silhouettes are playing their instruments in the murky light before us.

There is a beautiful melody that's gaining momentum and is slowly building to warn of pending change, corresponding with the life cycles of individuals and the progressive generational destruction of our planet. 
I am now sure that not all key ingredients are onstage playing this epic piece from their album 'Triumph & Disaster'. Yes, the song is a little different and no, I am not going insane, there are only five onstage – Harvey and Kelly ARE missing, and I spy an imposter with an axe (guitar, that is)!

I guess all will be revealed, the music is fantastic despite no Kelly on keys/synth. I relax and continue to soak in their instrumental energy spilling forth and crashing around us.

A gentle and haunting start heralds the slow build of 'Bogatyri' from their third album 'Departure Songs' – an album that tells instrumental stories about the lives of real-life heroes. 'Parting Ways' is next and draws us up with its guitar solo, yet there is subtle melancholy feelings at the same time. 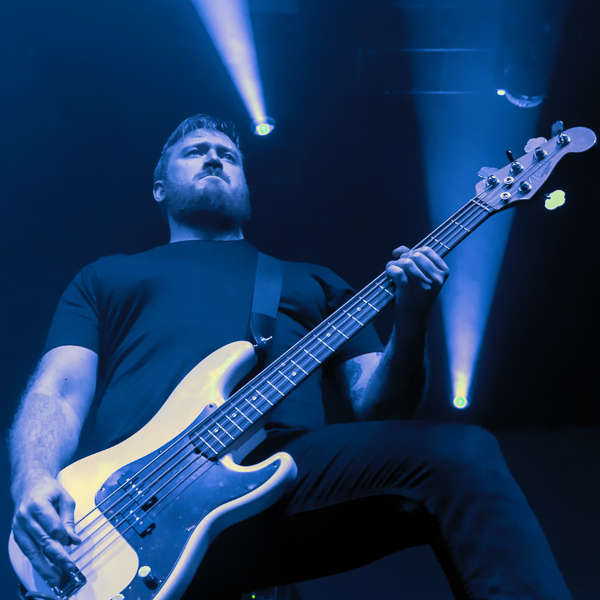 
Thanking the crowd for listening and showing appreciation WLTS are ending their four instrumentals with another track from 'Departure Songs'.

'The Last Dive Of David Shaw' commences its poignant story – if you do not know his story, do some research and then listen to the song as this one may just move you to tears – all without vocals.

At the end of the set, there is a good show of appreciation from the crowd who are now heading to the bars to replenish drinks and engage in intermission chit-chat.

I find out from a dedicated WLTS fan I know in the crowd that both WLTS band members were MIA due to illness and they improvised with standout stand-in Simon Dawes to ensure they remained on the menu for the punters tonight.

I can honestly report much respect for Dawes – WLTS found their perfect substitute and WLTS fans were kept happy. Heck, I'm finding out they turned on many Jezabel fans who may not have otherwise ventured into post-rock territory – and I know this because the few I have spoken to are telling me so!

As it's nearly time for Nikolas Stephan Kaloper (drums), Samuel Henry Lockwood (guitars), Hayley Mary (vocals), Heather Gail Shannon (keys) to take the stage, I'm returning to the main area. I can see that during the break, a large black material drop adorned with 'Jezabels' written in big, white capital letters and bordered by a white rectangle has been set up and is masking the stage behind it. 
The intermission music dims and the show is about the kick-off! To tease us the curtain does not drop to reveal the band as they are playing the first song behind the gigantic drop. The dim lights show one small and one elongated silhouette of Mary.

As the song continues, more low key lights are added which cast shadows of other band members and instruments. I have simultaneous thoughts that this is seriously cool yet wondering if they intend to pull a Maynard James Keenen number and play behind the drop for the whole show. That will be disappointing.

Practicing my mindfulness I return my focus to enjoy the artists' shadow play while they play 'Prisoner' as prisoners behind their banner. This song goes from slow and sultry to more momentous successive beats and by the crescendo anyone in the crowd can decree The Jezabels have brought their A-game to town. Mary has no struggle in reaching the high tones – glorious pipes!

Ah! I cast the thoughts of Tool shows aside, as by song two the branded drop is rippling gently down like a receding wave on a calm ocean shore. The stage behind is awash with a purple glow and I can see the band, but wait, there's an extra onstage, an unknown bass player – I so failed to do my homework! 
Mary is out in front in a black designer outfit that has a large, intricate rose on the back of her crop jacket and jodhpur-style breeches. I do not know who the designer is, but Mary is looking fabulous!

As Mary prowls the stage in slow and deliberate moves, there is a crowd response that assures certainty that Mary has captured complete audience attention. The ever popular 'Endless Summer' has fans singing along and gently rocking on their feet.

With an air of nostalgia 'Long Highway' is received well. It reminds me of many a long and eventful summer road trip where this song was playing on my car CD player, back when I didn't have Bluetooth – sign of the times.

While Shannon, who is sitting side-on to us at the side of stage, is often being obscured by smoke, her keystrokes of magic that are giving bright bounce and electronic depth to the songs are in no way concealed. Shannon is most definitely giving it solid tonight!

Jezabels of course are playing the entire 'Prisoner' album for us tonight and in order (smiles here). Punters are responsive to each song played and so far, I notice that 'Endless Summer' which had the crowd super hyped earlier has competition with 'City Girl' and 'Deep Wide Ocean' getting great crowd responses. 
The rhythm section are working it to keep it tight onstage. Mary's vocals and range on 'Horsehead' gives me strong Kate Bush vibes and her hand movements tonight do too – no there are no Wuthering Heights ballet foot or leg moves; that would just be weird.

Mary gives emphasis through hand and arm movement and slow and subtle hip movements oh so elegantly throughout the show. Actually she is mesmerising.

My ears may be tricking me but I believe Mary's vocals have evolved since the release of 'Prisoner' – for me she has moved to her own signature tones that carries very subtle undertones of Kate Bush, PJ Harvey and Tori Amos. Except for parts of 'Catch Me' where I am still hearing the Stevie Nicks tonal character.

'Catch Me' is the last song played from the album. It's getting us pumping and we are loving it as Mary is entrancing us with her sleek and subtle dance moves. Just like that and it's over. The band has high tailed it off stage. 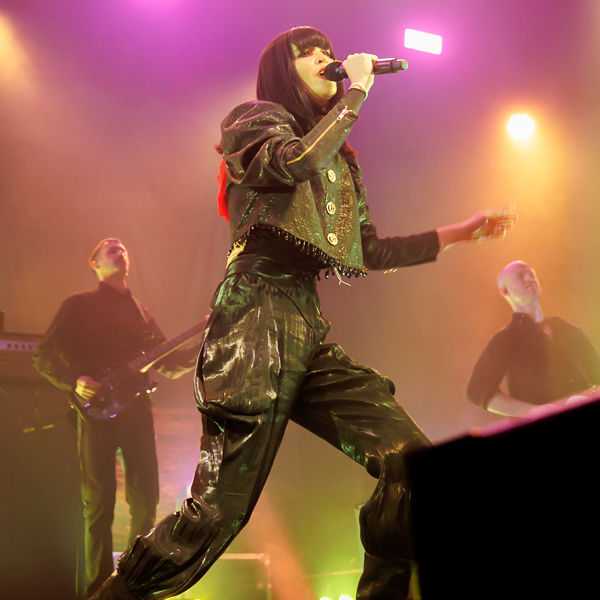 
We only just start calling for an encore and they are straight back on stage again. Maybe they thought we would leave without allowing them to serve us dessert? They were back on stage in a flash. And yes, there is more indie pop-rock on the menu and it starts with 'Mace Spray' from their 'Dark Storm' EP.

Punters are singing brightly along with this one, they sure aren't ready to go home and neither am I. A favourite of mine comes in all jingly next. I smile as the sweet song lilts as I know the tempo is about to pick up for 'A Little Piece'. We hear Kaloper adding character and texture to Lockwood's guitar as the momentum keeps steady then slows and picks up again like water moving in a stream around creek bends.

Another three songs complete our dessert set – 'Easy To Love', I find myself getting a bit bananas for this one too.

Oh my, oh my, 'Dark Storm' and 'Hurt Me' are rounding out our night and I am witnessing a very brave lady who has come closer to the stage for the end songs, raising her set of crutches in time to the music – I was intrigued yet felt so relieved when the show was over knowing she managed to keep herself upright! 
What a trip down memory lane. An enigmatic frontwoman with pipes-plus as her instrument and the combined staunch talent of the band's musicians have left a warm nostalgia in the air. I really don't want to leave its embrace and exit into the cold night air.

Reassured that The Jezabels can bring the tunes for more than another ten years, taking no prisoners, just captive fans along for the ride.