What started as a small gathering in a secluded clearing in the Pyrenees Shire in Victoria 20 years ago, the current incarnation of the Rainbow Serpent Festival features a four-day getaway for 10,000 likeminded souls looking to refresh themselves with offerings of music, art, sculpture, workshops, speakers, Aboriginal culture and food.


With the 2017 event marking the 20th anniversary, we tracked down Rainbow Serpent's Marketing & Communications Director, Tim Harvey, for a chin-wag.

What plans are in place to celebrate the 20th anniversary of Rainbow Serpent Festival?
[Tim] We’re all very humbled that we’ve made it to 20 years. The fact our festival has been a stable fixture in an industry known for its volatility is probably quite an achievement. We have a very loyal community to thank for that and a great bunch of people behind the scenes working their butts off each year to produce a world-class festival. We’re obviously putting in a lot of extra effort for RSF2017, so expect more stunning art, a special 20th anniversary exhibition and a heap of other tweaks and surprises that are top secret.


Given it's a significant achievement, how ecstatic/ proud is the RS team?
I think we’re all pretty excited we’ve made it to 20 years. We’re not really ones to wallow in pride. I think more than anything, we feel a significant expectation from our community to produce an amazing event in 2017 and we’re all working exceptionally hard to meet that expectation.

The community aspect of a 20-year festival… how has the relationship with the Lexton townsfolk and surrounding areas being fostered over time?
We had the benefit of starting off small within the Pyrenees Shire 20 years ago and we’ve enjoyed steady growth alongside our local community. I think the relationship works because our patrons are genuine, lovely people and we are serious about supporting a broad range of initiatives on a local level that result in tangible, positive outcomes. We’ve helped purchase fire trucks, swimming pool changing rooms and supported health initiatives and environmental work. Add to that the numerous community groups that help us stage the festival each year and you can begin to see that Rainbow is very much part of the Pyrenees Shire and our work extends far beyond the six days the festival runs.

In terms of punters attending, you would have people coming who are now second, almost third generation. To have that level of involvement must be pretty special?
Absolutely! I know of a number of third generation Rainbow attendees these days (makes me feel incredibly old to be honest), but we love to see our old friends return with their children and grandchildren. It’s actually becoming so prevalent we’re boosting our family camping area for the second time in two years to cater for the increase in families that come each year.


For those who have never encountered a Rainbow Serpent, what does the four-day event offer (not just the music) the average punter?
That’s really hard to answer as Rainbow offers so much; it really depends on what the individual attending is open to. Obviously we have the literal offerings of music, art, sculpture, workshops, speakers, Aboriginal culture and ceremonies, activities, food etc. On a deeper level, we offer opportunities to connect with others, let go of your troubles and find yourself again. Rainbow is a place to experience community as it should be and a place to learn. It’s a place to freely express yourself without risk of judgment. It’s a great counterpoint to the division, fear and anxiety that is so prevalent in the world at the moment. Think of the Rainbow experience as a supercharger for your soul.

Let's talk music/ acts at the 2017 event; who have you locked in? Name a couple of highlights?
Gahh, so many highlights! Obviously it’s fantastic to have Simon Posford [Twisted Records founder] heading back over for Rainbow once again. We hear there is a new Shpongle album in the works, so naturally very excited to hear some new music from him. Also really excited to be bringing Ott and his band The All Seeing I out for the first time. We’ve been chasing Extrawelt for a number of years now, so that’s another satisfying booking to finally nail. Couldn’t really have a 20th Anniversary without Dnox and Beckers and Perfect Stranger, so awesome to have our good friends coming out to celebrate with us. Little doubt 2017 is going to be huge. 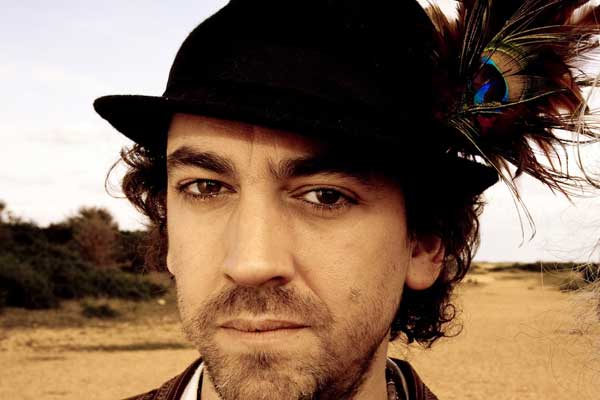 The event attracts attendees from all over the world; to have that global reach is impressive… does that highlight how local our global world is?
Interesting question. It’s obviously easier than ever to find information on events around the world these days and cheaper to travel to them in general. I think Rainbow ticks a lot of boxes for festival devotees. We produce a consistent, quality experience with world-class music and art and we add the quintessential Australian factors such as landscape, culture and our amazing, welcoming crowd. I think we’re all completely blown away by the number of people that travel to Australia each year to attend Rainbow; once again it’s very humbling that people love our festival so much.


Music festivals continue to be an evolving entity; how do you guys maintain an event that not only fosters electronic music but remains progressive and relevant within our modern society?
You nailed it in your question, we’re an evolving entity. Firstly you need to stay grounded and keep a level head and not make rash decisions but still as a festival be willing to grow, adapt and change. Sometimes it takes years to measure the success of your initiatives and programmes so patience also helps a heap. In the end a festival is only as good as the team organising it and we’re just fortunate to have a great bunch of people who know their shit and are passionate, creative and amazing people.

How crazy do some of the attendees get with their costumes?
Judging from photos from previous years it's a bright and bubbly affair? Freedom of expression baby! Dress up if you like, don’t dress up. It makes no difference to us but there is no denying Rainbow has become an incredibly colourful affair!

Tell us about the environment programmes/ initiatives that Rainbow Serpent have in place?
You won’t have the space for me to go into detail on all the different ways we try and minimise our impact and give back. Obviously we go to great lengths to sort all the waste at Rainbow each year. We recycle what we can, compost what we can and we do our best to limit landfill. We support local landcare with projects in the region. We also have a rehabilitation and revegetation strategy for our festival site that has seen over 8,000 trees planted in the last few years. On top of that we subsidise public transport to and from the festival. Use biodiesel in our generators where we can. Estimate the amount of fuel our patrons use to get to the festival and we offset that also. Next year we are introducing a new, reusable plate and cutlery system in the market place with wash stations. We’re always looking for new ways to improve and take our environmental responsibility very seriously.


The sustainability of event must be paramount obviously; what actions/ groups/ plans are in place to make sure Rainbow Serpent continues well into the future?
Nothing lasts forever, but we’re obviously hoping to be around for quite some time yet. We’ll continue working closely with the community and council and see no legitimate reason why such a culturally significant event such as Rainbow would end anytime soon.

Will there be a Pokemon Go hunting ground installed?
We’re open to people of all professions, even Pokemon trainers. I heard there was a Squirtle up at Granite Hill. The only thing I’ll say to our Pokemon hunting friends is you really don’t have to catch them all and surely Pokemon are better observed in their natural habitat ;)

Tweet
« Katchafire Have Balanced Family Commitments With A Successful, Music Career Maggie Collins Rules At BIGSOUND 2016 »
back to top