Joc Curran's Farewell To The Zoo Later this month one of Brisbane's longstanding and cherised music venues, The Zoo, will change ownership.


An original co-owner of the Fortitude Valley institution, Joc Curran will hand over controls to Pixie Weyand, but not before a weekend of farewells and live music celebrating the incredible legacy (fostering young, musical talent as well as supporting countless community initiatives and projects) Joc leaves the Brisbane music scene.


Your farewell party has been extended to the Friday with you curating Farewell To Joc From The Last Five Years… how is this night different to the major celebration the following day?
The 24 June is an Ode to The Zoo of Today, 2016. The young, up and coming bands whose trajectory is on the rise and in some small way we have been a part of that journey and so proud to be able to say: “I knew them when...”. Whereas the 25th is pure mush. All of the acts have a member who is a Zooie (someone who has worked at The Zoo at some time in the last 23.5 years); it is my family, it is my history, laid out bare for everyone to share and acknowledge. This weekend is about acknowledging all parts of The Zoo: the beginning, the middle and now the new beginning.

You have Jeremy Neale, Babaganouj, WAAX and Baskervillain playing the bill; that's a seriously hot line-up Joc… you must be proud to bring such talent together?
I am so proud. I am a mother to Walt, but I am also a mother to so many young artists; their triumphs I take pride in. A sold-out show is a Brisvegas Emmy to me, and this ensemble we have curated for the 24th is so talented. I feel really lucky that I can say: 'I would so love for you to be a part of this night' and every single act I approached was a big, fat yes! 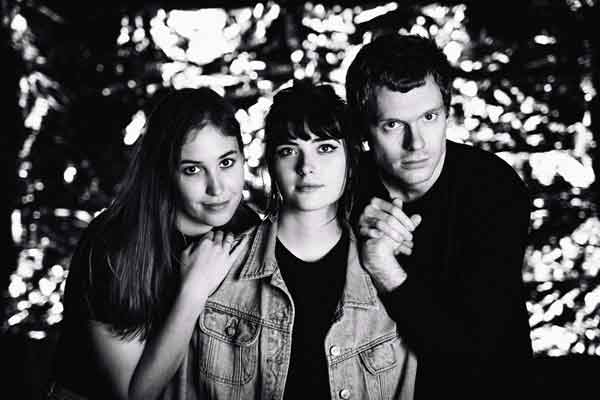 Being able to foster the next gen of musical talent; that must be an important aspect of the role The Zoo (and you) have played with the local scene?
Yes it is. That is why we have run our demo series for the past ten years. It is about nourishing, teaching, encouraging the next Powderfinger, the next Regurgitator, the next Grates, the next Violent Soho and giving them the tools to do it professionally and to be all they can be. It starts with someone believing in them.

As you approach the official handing over of The Zoo reigns to Pixie, are you comfortable with the decision to step away?
It has been an emotional time of late, so much change and I am a bit crap at change, and technology. But I feel really relaxed and happy. It is right and when something is right you don't have doubts, you just allow it to be the path you are on. I feel like I am Dorothy on my own yellow brick road, so yes in a nut shell, very happy. Once the dust settles on a major weekend of partying, what will be next for Joc Curran?
Well, my family and I are going on a road trip, which will be great because this year has been pretty hectic. So just getting to hang, listen to some great travelling music and play a lot of Monopoly.

The community aspect of The Zoo is again on display with a portion of proceeds being donated to provide care packs for Brisbane's homeless… it must be important to you that the community aspect and helping those less fortunate continues to be a mantra for The Zoo?
Always. Always. Always. For the last 11 years, we have tried to champion and shed light on the plight of the local homeless. There are a lot of kids living on the streets, they are doing it hard and the numbers just keep growing. Those who can, should [help]. I can help, in my small way. Be that buying some socks, or toothpaste, or shampoo, small items that allows another person humility.

So if on the night you want to bring along something to show you care, please do. We are going to make a huge stocking of love and it would be great if everyone who came actually made that effort to consider people who have so much less; a token of kindness can make such a difference to someone's life. 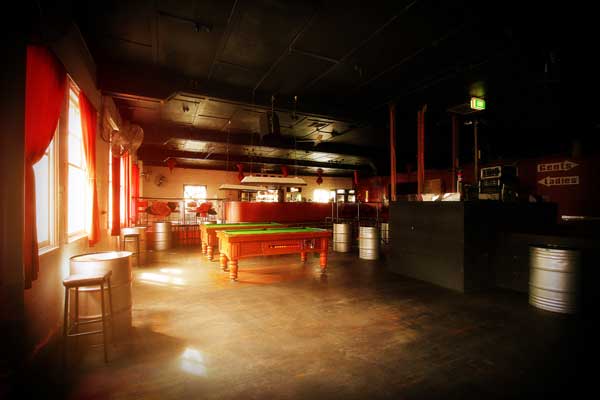 What's the one chore associated with The Zoo you are really looking forward to never doing again?
That is the easiest one to answer: cleaning up someone else's vomit. We have a mantra at The Zoo: you find it you clean it, and there has been some doosies over the years.

The Brisbane music scene… what makes our city's music soul tick compared to other cities? Brisvegas has heart. It is connected in comparison to Sydney and Melbourne.
We are the little sister, and maybe the underdog. So because of that we try harder, work harder and make and breed amazing musicians and artists.

23+ years of memories… what are two or three moments that really stick in the memory bank?
I have been reminiscing about a lot of shows lately, amazing bands, and just incredible moments not only for me but everyone who has bared witness to that performance. I did a calculation 3 years ago where by we have had over 15,000 acts through The Zoo. So my memory bank is overflowing. Instead maybe I will just say the band names and if you were here it will ignite those moments for you also: The Dirty Three, Fat Freddy’s Drop, Trout Fishing in Quebec, Ron Sexsmith, G Love & The Special Sauce, Gomez, The Go Betweens, Mogwai, The National, Of Monsters & Men, Pixies, Bloc Party, Lorde, and if I was to list all of my friends in bands I would run out of room. So I will just leave it at thank you for the music.

Farewell To Joc From The Last Five Years takes place 24 June; while the 23.5: A Dual Celebration is on 25 June – both at The Zoo.