As the title suggests, 'From Paris With Love' will take its audience on a Parisian adventure into the world of the great ‘chanson française’ tradition with beautiful arrangements of songs written or sung by a variety of French artists.


Winner of an Adelaide Fringe Music Award in 2018 for 'A Night In Paris', Louise Blackwell, talented singer and authentic interpreter of French songs, is accompanied by The French Set, a four-piece ensemble of some of Adelaide's finest musicians: Mark Simeon Ferguson on piano, Julian Ferraretto on violin, John Aué on double bass and Joshua Baldwin on drums.

Together they will perform a wonderful selection of songs from French popular music by artists such as Edith Piaf, Léo Ferré, Georges Brassens, Barbara, Boris Vian, Juliette Gréco, Jean Constantin and Serge Gainsbourg. The show will also include works by more recent French pop artists and pay homage to Paris as a city that has always loved jazz and other musical styles, welcoming artists from across the Atlantic such as jazz great Shirley Horn and Brazilian singer Elis Regina. 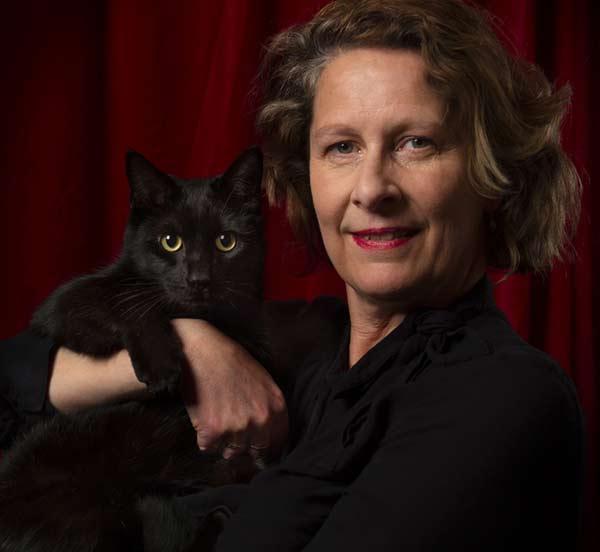 Louise returned to Adelaide after studying and performing in France for ten years. She sang in the Paris jazz scene and recorded three albums – 'The Blue Lou Quartet' (2001), 'Sea Is Turning' (2007) and 'Paris Hop' (2014). She really knows Paris and gives the audience a first-hand account, often humorous and at times deeply moving, of the city’s rich cultural life and the effervescence of its cafes and bars in the endless little city streets. A Parisian ambience is palpable in the spirit of the show.

Bringing her love of French culture back to Adelaide, Louise initially created 'Take Me Back To Paris' for the 2011 Adelaide Fringe where she started to introduce French songs into her jazz repertoire and recount stories of living in Paris. The show has continued to evolve, resulting in many sell-out Fringe seasons and interstate tours. The CD 'A Night In Paris' was launched at the 2019 Adelaide Fringe. 'From Paris With Love' is a natural progression of the chemistry and joie de vivre of the band and Louise's love of French music.