A near sell-out crowd witnessed a bonafide EDM legend's triumphant return to Brisbane on a balmy Australia Day Eve, as the man sometimes known as Norman Cook proved he's still the master of his craft.

An opening run-out for local talent Nick Galea was followed by a two-hour set from Erick Morillo as dusk closed around the natural amphitheatre of the Riverstage. “If you're having a good time, make some motherfucking noise,” the Colombian-American demanded, to massive cheers. “If you're having a good time and you're gonna have sex tonight, make some motherfucking noise,” came next, to a much less confident response.

After only a few minutes turnaround Cook appeared on stage at 8:30pm, and attacked his audience with a non-stop assault of sound for 90 minutes. Such is the length and breadth of appeal of Cook's career that it could almost be divided into eras, and elements of every one of them got a run and were met with a similar, positive response. 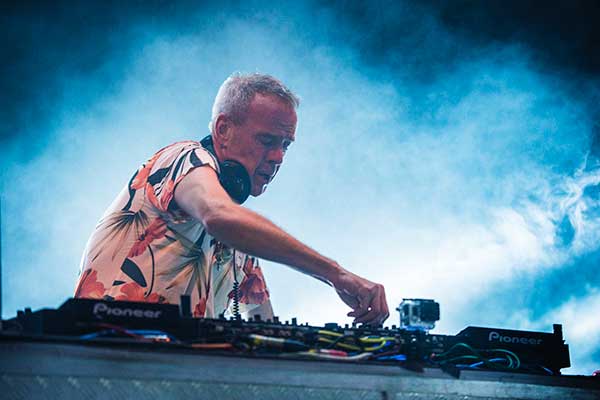 'Eat, Sleep, Rave, Repeat' and 'Renegade Master' kicked off proceedings, and as Cook moved through a relentless run of his many tracks and remixes, he also found plenty of time to pay homage to his musical heroes, with excerpts of Iggy Pop, Marvin Gaye, The White Stripes, Talking Heads and of course, The Chemical Brothers thrown in for good measure.

A couple of well-appreciated Bowie tributes were nice touches, including mashing 'Rebel Rebel' into the mix, and the light show would have worried every epilepsy sufferer from Southbank to the Valley. 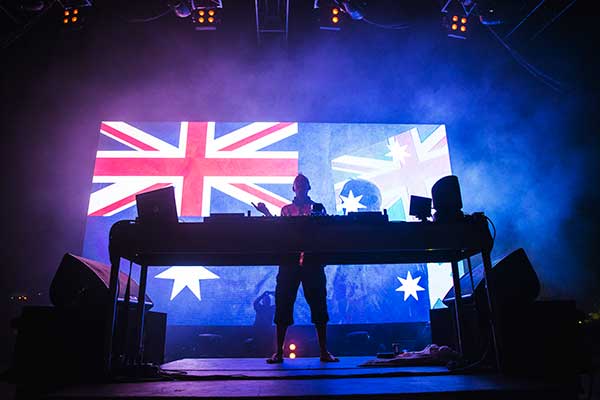 The only way to finish was, of course, his signature tune, 'The Rockafeller Skank'. As the vast, happy audience poured out of The Riverstage, Fatboy Slim had to be given major credit for raising a valid question: when was the last time so many happy Brisbanites came together and danced their socks off on a Monday night?
Tweet
« Raw Soul: St Paul And The Broken Bones The All New And Improved Bloc Party 2.0 »
back to top