You know you're witnessing a unicorn when the hairs on your neck prick and shivers are literally sent down your spine. That's exactly how I felt all night at The Vanguard (11 July).


And yes, by all night I do mean from opener to headline.

While most of us here have been drawn in by the sweet demeanour and enigmatic vocals of Eliott, support act Morgan Bain unequivocally holds his own. His set is packed with life-changing stories, organ keys on loop, a strong set of pipes and heavily emotive tracks. 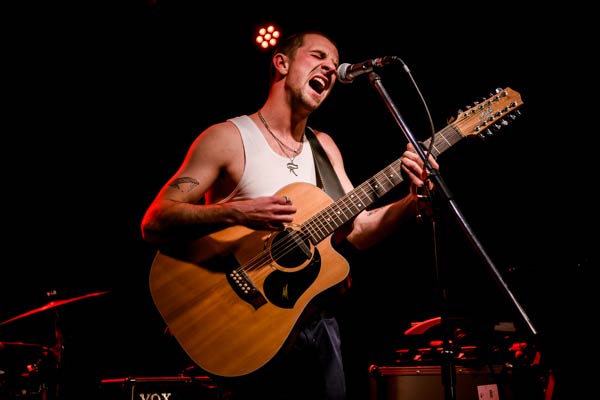 
The 'early-bird' crowd is sparse, but this doesn't faze him in the slightest, Bain casually chirping away to whomever will listen. He's simply grateful for the opportunity to sing.

Like Eliott, he's an emerging superstar that I'm personally going to be keeping an eye out for.

Not that Eliott should be classified as emerging – at least not anymore.

While she's only got one EP to her name (so far) this young gun has already caught the eye of Australian bigwigs, having been invited to support both Matt Corby and Dean Lewis at their gigs earlier this year.

Tonight though, she's taking the spotlight. Well, her and her band. It wasn't a sold-out gig, but it certainly felt that way with the pit full and every fan's heart open. 
All six of the tightly perfected tracks off her debut were given a good workout, and a few cheeky newbies were thrown in for good measure.

The first track off the rank was EP opener 'Figure It Out'. It's beautiful and crest-fallen and sets the tone for the dream-like 'So Tired' and the lamenting 'Close To Me' as they climb one over the other reaching for the sky in a harmonious, exposed and heart-breaking battle.

Ariana Grande cover 'Needy' is a quirky change of pace with a load of sass that complements the bold leopard-print fur jacket she’s wearing. 
But the real game changer is the yet-to-be-released 'Find A Way'. It's a complete left-of-centre swipe that takes the dismal and heartbroken into the giddy and loved, and is bound to be a stayer for gigs to come.

It all ends on an abrupt high as she belts out her latest single 'Shaking My Hips' before walking off, the chance of an encore diminished by that dreaded kick-out music. It’s no doubt a teaser of another record to come – and one that can’t come soon enough.
Tweet
« Estampa Review @ Brisbane Jazz Club This Week In Pop – 16 July, 2019 »
back to top