While the temperature on Adelaide’s streets had dropped to four degrees, inside The Producers Hotel (7 August) provided a refuge from the icy winds.


This was largely due to the the frenzy whipped-up among the crowd as they bore witness to some of the best, up-and-coming punk rock and hardcore acts currently touring the local scene.

Across The Atlas started the night’s proceedings with their blend of high-energy punk rock. Key among their musical arsenal was the enchanting voice of their female singer, Penny, whose infectiously high spirits seemed to be at odds with songs dealing with anxiety issues.

Despite the bands on the bill falling largely into the ‘hardcore’ genre, this did not discourage the audience from bopping along to these hard edged, pop-tinged punkers, though I feel quite a few of the more die-hard metallers would not dare admit it. They did their best to pander to the metal-loving crowd by incorporating death-growls throughout some of their tracks, which to their bassist’s own admission worked in some songs better than others. Perhaps the most interesting element of their set was their reinterpretation of Nero’s ‘Promises’, which worked surprisingly well with Penny's soaring vocals and energetic guitars. While the audience received Across The Atlas warmly, there was an anxious energy among the crowd which could not be dispelled entirely through punk-rock alone. No, something heavier was needed.

Local metalcore heroes Fortune From Tragedy were more than capable of meeting the moshing needs of its beer-soaked audience. With the perfect mix of colossal riffing, progressive song structures and bone-splintering breakdowns, their sound was perfectly accented by unique drum fills and surprisingly-nuanced guitar melodies.

Despite at least two of the band members later professing to being extremely drunk, their sound was tight, which gives some insight into the calibre of musicianship at play here. Expect big things from this band. Next in line was the Melbourne post-hardcore outfit To The Airship, who thankfully managed to keep the energy level high among the crowd. To The Airship’s beautifully bleak, guitar melodies somehow managed to co-exist with astonishingly crushing riffs and raw, emotionally-charged vocals, resulting in an extremely unique sound which enraptured the crowd.

With To The Airship, energy was the order of the day with its members throwing themselves around onstage, yet never missing a beat. Some technical quibbles disrupted their set, but seemed to do nothing but strengthen their determination, bouncing back with unmatched fervour and emotion. 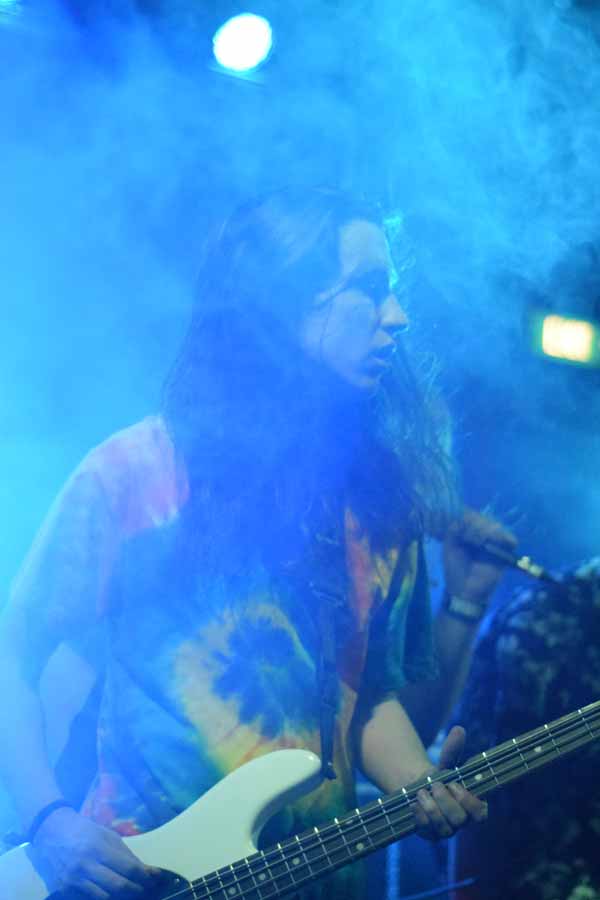 To The Airship - Image © Jordan Bird

Before the crowd had even fully comprehended what had just hit them, their set was over, leaving us all wanting more.

With the audience more than warmed up it was time for Drown This Fury to finish the job. This is a band that knows how to work a crowd, with their electrifying live show interspersed with banter which helped to build a genuine rapport with the rowdy audience. But for the most part, Drown This Fury let their music do the talking.

Their brand of progressive metalcore weaves an intricate web of chugging guitars and fluctuating time signatures with sections of brooding ambiance that translate perfectly to a live setting. Their energetic performance ensured the audience followed suit, with the crowd erupting in bursts of ferocious moshing, chanting along with singer Ian Darke’s passionate refrains of “We’re getting closer, don’t give up!”

Drown This Fury seemed truly humbled by the crowd’s rapturous response, thanking the audience before giving some insight into the recording of their debut EP. “Everything that could possibly have gone wrong while recording this EP, went wrong,” Darke declared before dismissing these troubles and launching into the next song, once again stirring the pit into a pulsating mass of swinging limbs.

However, there was one last technical malfunction on the cards for the night, with the projector displaying their logo deciding to crash before rebooting back to its bright blue default screen instead; Darke to announce an impromptu name change for the band, who he declared would now be known as “Hitachi” in honour of the malfunctioning projector.

Much like every other band on the bill, Drown This Fury’s set seemed to end almost as soon as it began, with the band themselves voicing their disappointment over it. By the end of the show it was clear each of these bands were bred for the live circuit, and it is here that they are in their prime, demonstrating the best of what the local, heavy scene has to offer.

Click here for photos from the show.
Tweet
« The Grates @ The Triffid Review Kyle Lionhart: Wrestling Brown Snakes »
back to top