Charlotte Mclean Is A Jazz Vocalist You Really Need To Hear Charlotte Mclean's respect and strong connection with traditional jazz filters into her own, contemporary style of the genre, which has made her a hit with many people both in and out of the jazz scene.


Toby Wren, acclaimed jazz guitarist, not only worked with Charlotte on her 2014 debut album ‘Knocking Bird’, but he has also referenced her as one of the best, emerging vocal talents on the Australian jazz scene; a comment Charlotte never expected. “It was very surprising and unexpected. I don't think of myself like that, I still look up to a lot of local talents. There are so many amazing singers to look up to and see perform, I was really taken aback by it."

Charlotte's ten-year jazz career started with a jazz course she simply did for fun before she decided to seriously pursue singing jazz. “I started in musical theatre and was more geared towards pop. It wasn’t until I went to uni that I found a jazz course that I realised what jazz was and then I realised it was for me.”


Her developed jazz style is one that perfectly blends the traditional sounds of jazz with a fresh versatility that truly captivates her audience. Charlotte puts her style down to listening to a number of variations of jazz. “I was interested in local performers and I listened to a lot of Australian jazz that has a base in traditional jazz but is a bit more versatile.

“I then started to create a style that is a blend of traditional jazz but has that versatility,” she continues. “I don’t try to produce any type of sound that isn’t me. I just sing the lyrics and allow the sound to happen.” 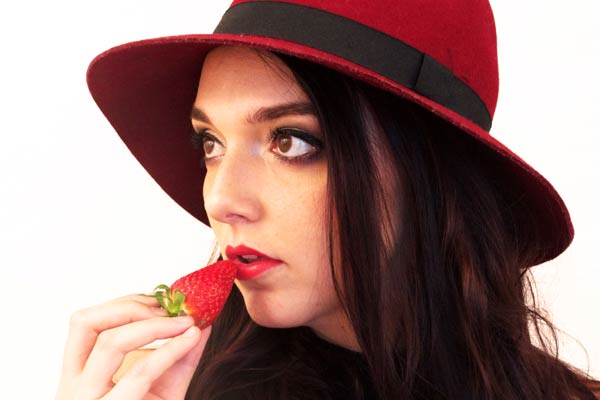 Charlotte will be taking her captivating, storytelling voice to the Brisbane Jazz Club tonight (26 August), an opportunity that she is more than happy to take. “I’m really excited to play there. I’ll be playing a quarter set with Bruce Woodward, Helen Russell and Joe Marchisella who are all great artists. Then I’ll be playing a set with two amazing sax players. I’ll be trying out new music with them, trying out standards and other music that we might record for the album.”

When performing, Charlotte gains the most enjoyment from a live audience. “Getting the chance to share an experience with an audience is by the far the most enjoyable aspect of singing. People can come and listen to my storytelling and take a break from the real world and any troubles they may be having; being able to give them an escape is amazing.”