It's Splendour In The Grass season, which means sideshows are being dropped like they're hot.


Aussie electronic duo Bag Raiders have announced they'll be performing a series of sideshows for Splendour In The Grass accompanied by fellow Sydney pair, Polographia. The duo have received renewed interest this year in their music courtesy of a little, old internet meme set to their track 'Shooting Stars'.

Haven't seen it? Shame on you. Go look it up right now. In the meantime, we have a chat with the lads about what's in-store for their fans this year.

How are you guys feeling ahead of Splendour In The Grass?
[Bag Raiders] Feeling good, feeling great. How are you? We're really excited to play Splendour live for the first time. We've DJd it a few times and been as festival goers too. It's one of our absolute favourites so super stoked to be able to come play it live.


What have you got planned for the festival show?
We're playing live, so that means a bunch of instruments and gear on stage and a drummer. Much more of an involved performance than our DJ sets, as we're singing and playing the tunes. We're planning on it being a memorable experience and I think we're at least the same if not more excited about doing it as people who might come see us, so it's going to be a whole lot of fun.

What about the sideshows, do they differ much from your festival performances?
Yeah. There's a bit of a difference, since we get a proper soundcheck and long set-up at our sideshows and we bring our own production, so the set is a little more dialled. The visual aspect will probably be different too. It's also a night of music we've programmed and we know people are coming to see us in particular, so the event feels a little more intimate.


It's a busy time of the year for you with a US tour in June before SITG. How do you survive for weeks and months on the road?
Yeah, pretty busy. We survive by keeping it healthy. Our smoothie and kale consumption is through the roof. Basically we bleed green juice. Haha I'm joking, but we do try. You can get really tired from all the travel etc. But when it comes to showtime, we always perk right up. Nothing quite like playing your tunes to a room full of people. Something about the music being really loud helps just drown everything else away.


What was your reaction to finding out 'Shooting Stars' had been used in the 'fat man diving' meme?
Haha bit of a roller coaster. It went from 'what is this I don't get it' to 'lol' to 'lolol' to 'wait why do we keep getting tagged in this stuff' to 'whoa there's literally hundreds of these things hahahaha' to 'whoa what the hell we're in the charts with a song that's been out for years, how it this possible?!' Pretty insane experience that's unique to the current times we're living in.

Is having your music used in a meme becoming the modern equivalent of 'making it'?
Haha! I guess to some it might be seen that way. It really is interesting to see what's essentially a cyber joke have real-world consequences. It's resulted in a lot of streams and YouTube hits etc. for us, so yeah I guess you could view it that way. For us it's been a pretty positive thing, so that's lucky. I'm sure this is not always the case. 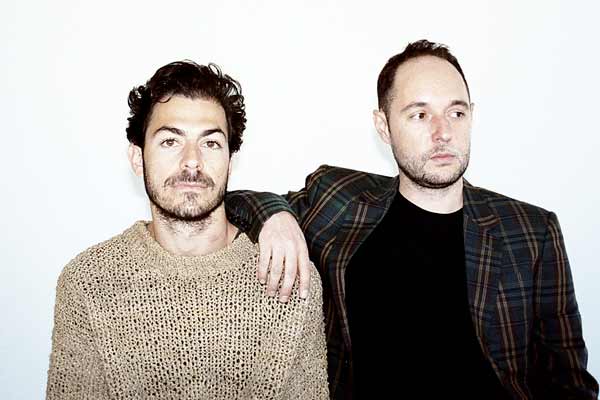 Has it earned you some new fans who had never heard Bag Raiders before watching the clip?
Definitely. Lots of people have written to us who had never heard of us saying they've listened to the rest of our music and we're on their favourite bands list now. That's been really encouraging. We were worried people would be annoyed by seeing it everywhere, but it's been the opposite which is so awesome.


Do either of you have side projects you're working on at the moment?
We're working with some other artists on their music too yes. Sometimes together, sometimes separate. Someone we have done quite a bit of work with is Cleopold. Talented guy with some great tunes, keep an eye out.

What else is on the agenda for Bag Raiders in 2017?
Lots of music making, hopefully lots of music releasing too. And a bit more touring also. We've been picking up some new hobbies too like carpentry and rock climbing, so maybe build some stuff and climb some things aye.