Transitions Film Festival pulls focus on the grand challenges of our time.


Showcasing films about the innovations shaping our collective future, Transitions is an event which exists in order to not only shine a light on important environmental and technological issues, but also begin to search for solutions to them.

Since 2012, the event has inspired audiences across the country, and it returns to Victoria this month.

Tell us a little bit about Transitions.
Transitions Film Festival is a social and environmental impact film festival that aims to use the power of film to create positive change in the world.
Every year, we scour the globe for the best, most inspirational films about the forces that shape our lives and the solutions to our greatest challenges.
We showcase local and international films and then pair those films with local, expert panel discussions with the hope of showcasing what is happening on the ground locally, and providing a pathway for people to get engaged with their local change-maker communities.
The films are about both the solutions to our greatest challenges as well as the things that we all need to be aware of in the coming decade.

Why is a film festival like this important?
Transitions Film Festival is one of the only festivals in the world that curates films based on the forces that will shape our collective future.
With the existential threats, global challenges and mind-blowing opportunities that are on the table, there has really never been a more important time for people to get engaged with these 'big ideas' that will define our story for decades to come. As well as being a fertile opportunity for the sharing of ideas and information, the festival is also a great place for people interested in the future to meet and connect and find out what else is going on in and around Melbourne and beyond.
If you are paying attention, then you know that the challenges facing humanity are enormous, and becoming increasingly more urgent. This festival lets everyone know that they are not alone, there is a huge community dedicated to turning this ship around and making sure we are on the right path – and we can all be a part of it. We can all help to create a new story. 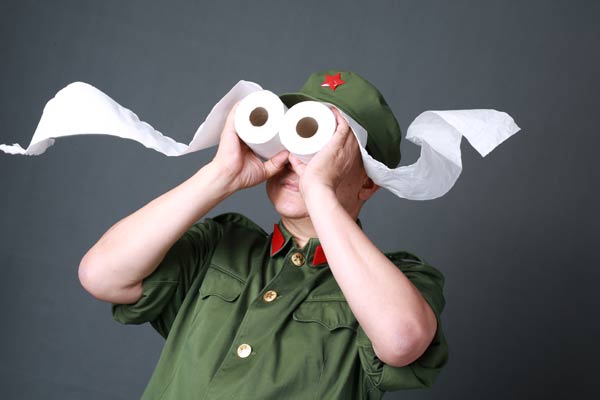 
There are films from Australia and beyond. What kinds of ideas and issues are explored throughout?
This year's festival has the overarching theme of 'Resilience'. This is the ability to adapt, survive and thrive in the face of chronic stresses and acute shocks. We are partnering with Resilient Melbourne (City of Melbourne) and The Resilience Shift (Arup) to showcase a series of films aimed at inspiring improvements in urban resilience. We are also partnering with the RMIT Social Innovation Hub for a series of films that showcase how we can improve personal resilience. The festival as a whole is about how we can improve all of our lives, face the challenges that come our way, and make sure we are personally and collectively engaged and ready to meet the future, in whatever shape it takes.
We celebrate solutions to our greatest challenges and the opportunities that new innovations and new ways of thinking may bring.
The festival covers a huge range of important themes that will dictate our collective future, including climate change, plastics, artificial intelligence, the future of food, social justice and social inclusion, collective and personal resilience, population growth and social and technological innovation.

As a Founding Board member/National Director for the event, what do you love most about Transitions and its premise?
We are living in an 'attention economy' full of 'filter bubbles' and advertisers vying for 'cerebral real estate'. This festival focuses on what is important, what will dictate our collective future, and how we can all connect with each other and become part of the new story, together. It is really a way of curating ideas that are important to all of us and a way to create a space for people to connect with like-minded change-makers who are interested in building a better future together.

What is it about film that gets people talking and listening?
Film is an incredibly powerful medium for getting every to connect with what could otherwise be abstract ideas on a meaningful and visceral level. We have had so much positive feedback from audience members who have been so deeply moved by the films they have seen that they have created drastic, radical changes in their personal lives. Changes that will last well into the future.
There is something about the way that film can use the strengths from all mediums: acting, writing, music, visual art, to create a piece of work that it is so engaging that it can't be ignored. Film is really the most emotionally engaging art form that there is. Filmmakers also have a profound ability to condense years of experiences or information into a two-hour emotional journey that leaves a lasting impression on anyone who views it. 'The Story Of Plastic'


A lot of the screenings include panel discussions with filmmakers and thought leaders. Was this something the festival had from the beginning?
Transitions Film Festival has always been an 'impact festival' with a focus on event cinema. We take great care in making sure that the powerful international documentaries are also accompanied by local expert thought leaders who can showcase what is happening locally and provide a clear pathway to action for anyone interested in helping to make the world a better place.
There are so many amazing things happening in the change-maker communities of Australia, we want to make sure that as many people as possible know about them, so they can get engaged and help build this beautiful change-maker ecosystem of ours.

How do you hope people think and feel when they leave the festival overall?
It is not about what they think or feel after the festival, it is about what they do. In our 'exit surveys' we have had many people say that as a result of coming to the festival they have decided to change their careers or study options. We have also had a few start-ups born out of people who have met at our festival. That is what really excites us. Not just small personal changes, but people coming into a film and then leaving changed, as a completely new human on a new path – creating epic impact in the world.

Tweet
« Once Upon A Time At The 2020 CottFilmFest. . . Interview With Festival Founder Subversion, Fangs and Fandom Cred With James Marsters (aka Spike) »
back to top