Lori Shinseki’s latest documentary is a shocking exposé that centres on the 1960s Neubauer-Bernard study, and the families it broke. Identical sets of twins and triplets were separated as infants and never told about their respective halves. All the while, they were continually and secretly studied for years in an attempt to understand the nature versus nurture theory.

‘The Twinning Reaction’ is the 2018 JIFF programme launch event feature film. Lori is honoured and humbled to have her film presented alongside another 60 plus Jewish and Israeli films. Having already been shown at multiple film festivals in the States, Lori says she is warmed by its reception and happy to extend it to Australian audiences. “I’m so moved by the audience’s reaction because I’m not always there to see or attend every showcasing.”

“I feel like the film has gotten such a warm reception from the Jewish community because this story starts taking place right after World War 2, when so many families were separated because of the Holocaust and there was just so much loss... Many of the adoptive parents in my film were Holocaust refugees who came from Europe to escape Hitler.” 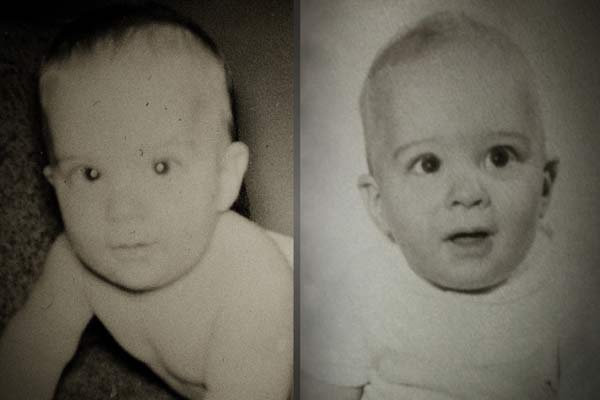 They were “especially wounded” when they knew they were deceived. “That is something that came out at the Rochester Jewish Film Festival and resonated with them in a way that it wouldn’t have at a different festival with a different audience,” Lori says.

Although a fundamentally Jewish narrative, the occurrence of forced child separation in this film, and the deception and immorality that pertains to it, is something that permeates all races and cultures alike. For example, neglecting the twin study, Australia also has a somewhat similar history with its Stolen Generation. When prompted by this comparison, Lori recognises it and calls all forced separation of children –from parents or siblings – “abominable”.

“It’s heartbreaking. I couldn’t even imagine the pain of [that separation].”

“I think back to my kids, and six months wouldn’t have meant much to me before I had my children, but six months, knowing how my kids were at that age: they were sitting up, they were looking around, they were eating solid food. [They were] aware. And being a mum, it was such a punch in the gut to learn [about this study].” Additionally, Lori was driven by the complete lack of closure. “It felt like there had been no closure, there was no apology... and I couldn’t believe that no one had addressed the injustice... Upsetting is an understatement to these people.”

The would-be childhoods, memories, and bonds – so much potentiality was stolen from these people, “and that is theft,” Lori explains. This story, and, more significantly, these people needed closure. So Lori donned her directorial hat.

This documentary raises issues of morality and accountability. Were the experimenters playing God? And if so, should they have been allowed to? Did they have the right to decide a child’s life?

“I do think that it’s complicated, because I don’t feel they were evil people,” Lori says. There was no malicious intent. The underlying issue there is the lack of recognition or apology. “The ultimate insult,” Lori says, “is burying it instead of saying maybe I was wrong. There is great danger if you’re unable to admit 'perhaps I wasn’t right'.” Accountability is a necessary check.