The Cure: Better Living Through Biochemistry Those attending the Gold Coast Film Festival tonight will be fortunate enough to catch 'The Cure'...but we're not talking about the band.

Actually, 'The Cure' is the sci-fi thriller and directorial debut feature of Australia's own David Gould. For those in the know, David's CV includes working on the visual effects on big budget films like 'Lord Of The Rings', 'King Kong', and 'Tintin'. In other words, he's no stranger to the industry. With decades of visual effects experience under his belt, David has finally made it into the director's chair, a transition he claims wasn't easy.

“It was a big shift actually, because I'd done 20 years in visual effects and made the crazy decision to kinda give it up and start from scratch,” David says. “I really started at the bottom of the pile again, and that was a bit of a shock. 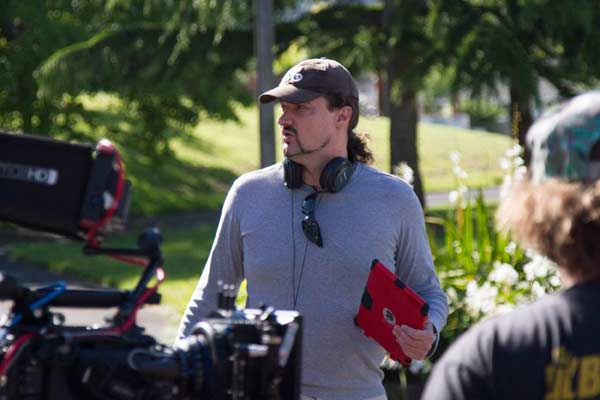 The premise of 'The Cure' revolves around biochemist Beth, who discovers the pharmaceutical company she works for has been withholding the cure for cancer from the public. Locked inside her place of employment with hitmen hot on her heels to silence her, Beth has to find a way out to release the company's secrets.

While the notion that pharmaceutical companies have been keeping the populace in the dark for the sake of profit is not an uncommon conspiracy theory, David says the true inspiration behind 'The Cure' was witnessing his own mother's battle with cancer.

“I guess there was this 'what if' question that'd been bugging me since she passed away,” he says. “When I pitched the idea to people, that what if pharmaceutical companies actually had the cure but never released it, everyone was like, 'Yeah, I get it.'

“The head of Bayer openly admitted the same drugs they make in America can be produced much cheaper in other countries. But they're not interested, it's how much money they can make off of it, and if you think about that logic — about trying to please shareholders and so on — and apply that to medicine, then how many options of research have been nixed?”

Other sources of inspiration include James Cameron's body of work, a calibre that David aspires to reach. Fans of the action-thriller genre will also be pleased, with 'Die Hard's influence — the story of one person attempting to escape a building in lockdown — noticeable in 'The Cure's premise.

There are also a few homages to the genre, such as phrases and one-liners, that David hopes the audience will pick up on. Although David is hard at work on his next project, an action-adventure film he refers to as “'Da Vinci Code' On Steroids”, he'll be spending time in Australia for screenings of 'The Cure', with plans to return again in the future to shoot a film on home turf.


'The Cure' screens at BCC Cinemas, Pacific Fair as part of the Gold Coast Film Festival tonight (Friday April 4) at 7pm. David Gould will be showing the concept trailer for his next film, 'The Brotherhood', during his Q&A.

Everyone who attends the film will receive VIP entry to 'The Cure' afterparty at Howl At The Moon.
Tweet
« Gilligan's Island: Breaking Bad Creator To Visit Australia Robert Downey Jr Had A Captain America Party »
back to top