The Sydney Film Festival is arguably one of the most highly-anticipated events of the year for any Australian filmgoer and this year’s festival is promising to be one of the biggest to date.

Launching on 5 June, the Sydney Film Festival will give Sydneysiders a rare chance to see some of the best films from around the globe right in the heart of the city. While this year’s festival boasts 307 films from 55 countries, festival director Nashen Moodley is particularly excited about this year’s Australian output.

“I think this year is a particularly strong year for Australian cinema, we have fantastic Australian films from established and new directors that I think is really encouraging for the state of our national cinema,” he says. Among the many Australian films that will be screening as part of this year’s festival is the Adam Goodes-centred documentary ‘The Final Quarter’, the thriller ‘The Nightingale’ starring ‘Game Of Thrones’' Aisling Franciosi and the comedy ‘Palm Beach’, which will open the festival.

The Rachel Ward-helmed comedy boasts a who’s who of Australian talent and was shot on Sydney’s iconic Palm Beach. “When we saw the film we thought it would make a great opening night film because it will leave everybody in such a fantastic mood,” Nashen says. “Just seeing these wonderful Australian actors at the top of their game and of course the setting of the film being Palm Beach is just a beautiful location and a wonderful celebration of Sydney, so it ticks all the boxes.”

In addition to offering a high calibre of Australian films, this year’s festival line-up will also include a strong emphasis on female filmmakers with a programme strand highlighting the work of European women filmmakers. 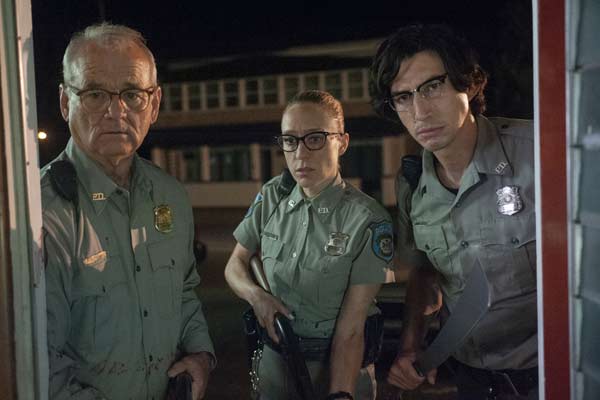 
“I think there’s been great gender disparity in cinema and it’s become more and more vital for festivals to play a role in working towards parity. We’ve shown this for instance in the programme strand focusing on European women filmmakers… We invite all those filmmakers to Sydney to present their works and to discuss the future of cinema and the future of parity in cinema. It’s increasingly vital and I think there is still a lot of work to be done.”

The festival will also offer a tribute to one of European cinema’s finest female filmmakers, Agnès Varda, who passed away earlier this year. “The retrospective is a wonderful moment to celebrate her work and her life,” Nashen says.

“It’s always wonderful for us to be able to present films from Cannes because often it is the first time in the world that members of the public can buy tickets to see these films.”

Now in its 66th year, Nashen believes the Sydney Film Festival has grown from strength to strength and he hopes Sydneysiders will take advantage of the stellar line-up that the festival is offering. “I hope that they feel like they’ve seen something new. I hope people are adventurous and watch a film from a country where they have never seen a film from before, take a chance on a director they’ve never heard of before and choose something very different from what they would usually see. That’s what should happen at film festivals. You should be surprised and shocked and see things that evoke strong feelings.”

The Sydney Film Festival runs throughout Sydney from 5-16 June.

Tweet
« B-Movies: Live! At Anywhere Festival – So Bad They're Good Girls School Cinema Returns To Perth »
back to top