Perspective is something missing from most films.


Most films will depict one sole view of the action as they are the one experiencing the story. Views from those around the main character are often left out. This can be a shame, as outsiders’ perspectives can reveal a lot about a character, as others can see things about us which we don’t know about ourselves. By interviewing friends, ‘Remembering The Man’ reveals more about the life of writer, actor and activist Timothy Conigrave.

Conigrave only wrote one book, ‘Holding The Man’, but it has made a huge impact on literature. The book tells the story of Conigrave coming to terms with his sexuality at a young age, and his relationship with the love of his life, John Caleo. Their relationship begins when the two were classmates in high school, spanning 15 years to their eventual deaths in the 90s from HIV. ‘Holding The Man’ depicts in truthful detail the struggles and exclusion of being gay during a time when such a thing was a criminal offense, and the strength of their love as they succumbed to an illness which society deemed a punishment for their “sin”. 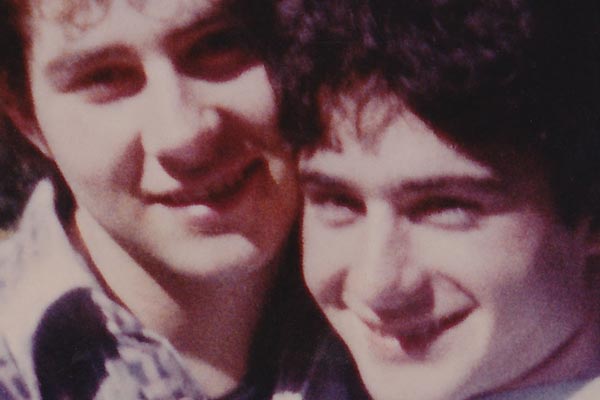 Using archival footage and images of the couple, ‘Remembering The Man’ magnifies the intimate details of Conigrave and Caleo relationship, which were already quite intimate in the book. Coupled with recordings of an interview with Conigrave before his death, the film has the feel of a close friend going through old photos.

Directors Nickolas Bird and Eleanor Sharpe don’t just allow Conigrave to tell his story; they also fill the gaps in the book through interviews with friends of the couple. The friends who appear throughout the film offer insights on the couple from a different angle; things even Conigrave and Caleo wouldn’t have known. From conversations with the disapproving parents to the chemistry of the couple, their friends give further details about events surrounding them. Through these interviews, those who have read the book are offered an epilogue of sorts with Conigrave’s own illness and death given a chance to be told. As heart-breaking as the story is, ‘Remembering The Man’ isn’t a depressing experience. Rather, it is a celebration of the life of two beautiful people; showing the couple were just as loved by those around them as they were with each other.

Four out of five stars.