Showcasing the latest talents of Italy's best filmmakers, The 2018 Lavazza Italian Film Festival is set to take over cinemas all over Australia this September and October.


The film festival will feature over 30 Italian filmmakers, diving into genres such as romance, drama and comedy. Lavazza will exclusively take over Palace Cinemas.

Festival Director Elysia Zeccola answers some questions about the event.

So, what's going on at the Italian Film Festival this year?!
This is the most exciting year yet, there’s a lot going on from Opening night galas and receptions featuring Italy’s most highly anticipated film 'Loro', plus special events, international guests, and the Australian premieres of over 30 excellent films!

The films are a great range of genres across over 30 Italian filmmakers. What goes into putting an event like this together?
Thank you, I’m very proud of the line-up this year. The films have been selected from festivals around the world including Cannes, Berlin and Venice and we have a passionate team working with all our partners to create great events, over 19 years our sponsors have become like an Italian family. From film selection to promotion to sponsorship and events, across 7 cities, in 18 locations for 80,000 people – there is a lot involved but it’s lots of fun sharing Italian cinema, language and culture. 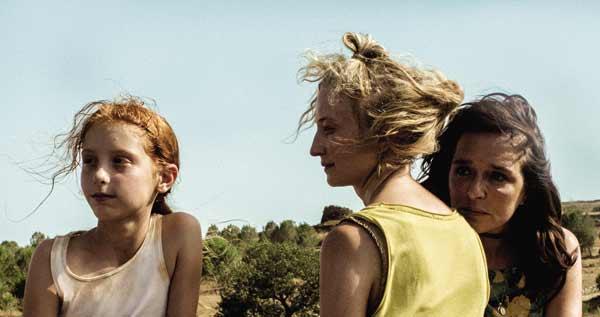 
How high do you place the importance of showing foreign film in Australia through an event like this? Why?
Watching foreign films opens the mind to the world out there and allows us to see things from another perspective. There are so many events and festivals – we are very lucky to have so many high-quality entertainment options. I think film is and will always remain one of the most appealing and accessible options because of the way movies draw you in, move you, make you think, or laugh, cinema takes you somewhere else for a little while, and that feels good.

What are you hoping for in terms of the future of the Italian Film Festival?
The festival will continue to share the best new films from the last 12 months, extending to new locations, and bringing Italian cinema to a wider audience. 
What do you think works so well about it?
Italian cinema has a rich history, known directors, popular actors. I think the festival works so well because it’s a great combination of Italian glamour, some of the star-studded comedies spring to mind; mixed with Italian skill, I’m just wow-ed when I see films like 'Dogman' and 'Happy As Lazarro'; and on top we create an Italian experience in the cinemas through different initiatives which turn the locations into a celebration of Italian culture throughout the festival.

Just in general, what are your thoughts on film as a medium of expression and communication?
Films are a powerful way to communicate ideas, they can use storytelling to convey an important message, or to hold up a mirror to society, and we don’t always like what we see in the mirror. 
There's a bit of a spotlight on Ferzan Ozpetek this year. Tell us more.
Ferzan Ozpetek is a remarkable filmmaker who makes very humanistic films about relationships. His films have a strong sense of place, his most recent film Naples in Veils shows a different side to Naples, not the streets and the mafia, but lush scenes set in art galleries and stylish Italian apartments.

In an ideal world, what would you like the overall reaction of attendees to the Italian Film Festival to be?
I would like people to talk about the films and the themes in the films. Films are subjective and what one person loved another might hate. Not one film will ever please everyone. So long as the festival creates discussion about Italy, Italian culture, films, Italians, people, relationships, society… I’ll feel like I have done a good job.