'Night Is Short, Walk On Girl'


Attending to introduce 'Oh, Lucy!', a film about a lonely Japanese woman who manages to open an alternative ego within an English class, will be Japanese-Australian actress Shioli Kutsuna ('Deadpool 2').

Isao Yukisada will also take to the stage to engage in an audience Q&A and introduce his drama 'River’s Edge'. Audiences can also look forward to viewing titles such as 'The 8 Year Engagement', 'Destiny: The Tale of Kamakura', 'One Cut of The Dead', 'Yakiniku Dragon', and 'The Third Murder'.

What's different at this year's event compared to previous years?
This year marks the 22nd JFF: the Festival evolves each year, and as programmers we’ve seen interesting changes in Japanese film culture. Important conversations around diversity and inclusivity have rocked Hollywood in the past year, rippled globally, and is making an impact in Japan. JFF 2018 is our most diverse programme yet: we’re seeing representations of characters from all walks of life, with unexpected narratives and themes which were previously ‘off-limits’ for Japan. We now tour to 14 cities across Australia with our regional programme – including Alice Springs, Darwin, Bunbury to name a few. These are cities which would otherwise have limited access to new release Japanese cinema.

What do you feel are some of the festival's highlights?
'ONE CUT OF THE DEAD' is a must-see. This ultra-low-budget zombie comedy destroyed the Japanese box office this year, and restored my faith in Japanese comedy. It’s off-beat, laugh-out-loud, and brilliant.
For music lovers, 'SUKITA/THE SHOOT MUST GO ON' is a well-crafted documentary looking behind the lens of David Bowie’s photographer, Masayoshi Sukita. He also worked with Marc Bolan, Iggy Pop, YMO and countless music legends to create some of the most iconic images in music.
I’m a massive fan of Japanese thrillers, and this year we’re spoiled for choice – my picks are 'THE SYTHIAN LAMB' and 'MY FRIEND ‘A’'.
For the big-screen impact, 'KILLING' is as visually stunning as it is powerful. Directed by cult favourite Shinya Tsukamoto and starring Yu Aoi and Sosuke Ikematsu, it’s a visceral and timely comment on violence told through a period samurai drama.
Anime pick: 'NIGHT IS SHORT, WALK ON GIRL'. It’s punchy, trippy, and has a killer graphic style. If you’ve seen 'Devilman Crybaby' on Netflix, it’s by the same genius director, ‎Masaaki Yuasa. Following a sweet heroine (who can drink like a fish), it’s the story of a very wild night on the town.
We’ve also got two salacious and sexy titles: 'CALL BOY' which unmasks female desire through the eyes of a call boy, and 'DYNAMITE GRAFFITTI', which tells the unbelievable true-story of pornography pioneer Akira Suei and his rebellion against Japan’s censorship laws. They’re both solid films which go against the grain of typical representations of sexuality in Japanese cinema. 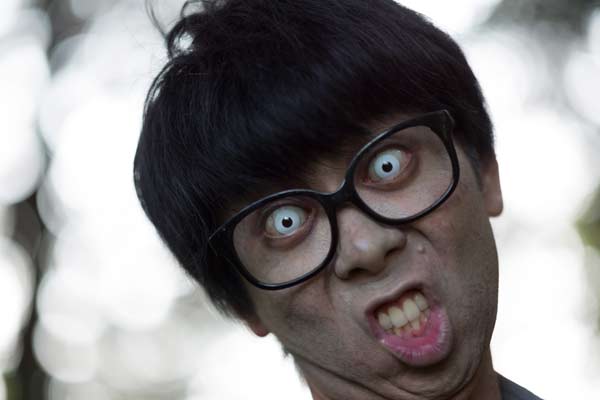 'One Cut Of The Dead'


What are you most looking forward to regarding the festival?
I can’t wait to hear the audience react to 'ONE CUT OF THE DEAD'! The first 37 minutes is a single take (madness!) and from there it only gets wilder…It’s our opening title for Sydney and Melbourne this year. If you haven’t made it to a JFF Opening Night yet, it’s the best time of the year to wear traditional Japanese yukata, pose in cosplay, or this year – unleash the zombie. Actually, if someone can combine these elements at our Opening, I will personally give you a free ticket. A yukata-clad zombie would be outfit of the year.

How excited are you to have these special guests on board?
Director Isao Yukisada is set to bring us a fantastic Q&A about 'RIVER’S EDGE'. It’s a coming-of-age story showing the gritty and dark underbelly of youth pushed to the extremes, and this new title is profound and honest. It’s delivered through in a more linear drama timeline than his earlier offering 'Pink And Gray', which wowed our audiences in 2016. 'RIVER’S EDGE' is set in 1990s Tokyo outskirts, and he’s captured the atmosphere so effectively with a reasonably unknown cast. He’s a very experienced director so we’re looking forward to hearing his insights on social issues and his filmmaking process. Shioli’s guest appearance for comedy 'OH LUCY!' will be a lot of fun. She first made it big in Japan (modelling and TV), then broke through in Hollywood (as Yukio in 'Deadpool 2'), and is coming back to her hometown of Sydney to tell us all about it! She stars in 'OH LUCY!' alongside the heartthrob of early '00s high school lockers, Josh Hartnett, and Shinobu Terajima.

How has the organisational phase of this year's festival been for you?
Busy but rewarding – we have a tiny but powerful team of four women programming the Japanese Film Festival and we’ve dug deep to secure some of these rare titles.

How much work has gone into curating the programme?
Over a year of scouring online for new titles and pleading with film distributors to allow us to buy their films! We review about 100 films to find the gems, and yeah, there are plenty of conversations over coffee evaluating the ikemen and bijin (babes) of the year and hyping our favourite rising talents. 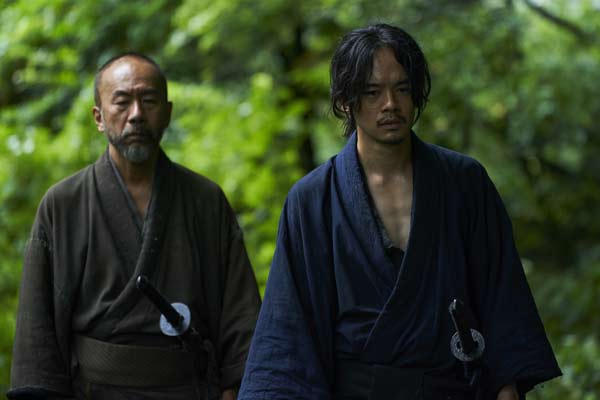 
What do you find most intriguing about the festival itself?
The changes in film themes year to year and the changes in our audience as a result! While samurai action films will always have a special place in our heart, our audiences become more in tune with contemporary cultural nuance each year. Last year we had a film on the social reclusion phenomenon in Japan known as hikikomori, and our audience responded very thoughtfully to this story about mental wellbeing and daily experience.

Any advice for audiences heading into the festival wishing to get the most from their experience?
Come along to a special event screening and hear a Q&A – the insights from behind-the-scenes change the way you think about the filmmaking process. Ask a Festival team member for recommendations – too often I hear about great festival titles after their single screenings. Definitely make use of our five-film pass and early-bird ticket rates to save some cash!

What do you feel people typically enjoy most at the Japanese Film Festival?
The atmosphere! Our audiences are friendly and our volunteers bring positive vibes to every city. Come for the quality films, and stay for the post-film critique with your neighbour.

Why do you feel people should come along to this year's event?
To experience a new side of Japan through film: learn more about the culture and people who made your last Japanese holiday so memorable! Also, many of these will not be available with subtitles or in Australia again. So, take a break from the laptop and experience contemporary cinema as it was designed – on the big screen, popcorn in hand!