The 31st Flickerfest International Short Film Festival is just moments away from kicking off its 2022 event.


Held at Bondi Beach, Flickerfest will showcase world premieres, Australian talent, and herald a new generation of filmmakers. It will also feature competitive and non-competitive showcases, and is Australia's only Academy and BAFTA qualifying short film festival.

Before heading along to Flickerfest, why not get to know a little more about a few of the people involved?

Megan Smart is in the Director/Producer's chair for 'Stonefish', written by George Pullar. 'Stonefish' is showing as part of the Best Of Australian Shorts programme.

It's a black comedy about an anxious young poet, who accidentally sparks a war with his criminal neighbour when he tries to silence the relentless barking of his dog.

Find out more about 'Stonefish' and Megan's involvement in Flickerfest below. 
Tell us a bit about ’Stonefish’.
'Stonefish' is for everyone that ever crumbled under pressure, thought their ideas sucked, struggled to voice an opinion or was afraid of their own talent. It’s about backing yourself, believing you are good enough and that what you have to offer is valuable. A lesson that I certainly had to learn as an actor and filmmaker, as I’m sure many other creatives have had to too. The two men of this story represent two opposite ends of a spectrum. The Man, confident in every single aspect of himself yet unable to express his emotions in any constructive way, versus Jonathon, who knows exactly how to express himself but cannot find a shred of confidence to do so. They are so unlikely a pair and yet both their strengths irrevocably help the other in their disparate lives.

As Director/Producer, what did you want to achieve when you were putting things together?
It was important to establish the tone correctly. 'Stonefish' lives in a slightly heightened world grounded by very real performances. As with most black comedies, the stakes are incredibly high and the situations are not mundane. Hopefully this is felt right from the start when we open on Jonathon on stage. His performance is heartbreakingly real, you can feel the anxiety oozing out of him, but the camera right up in his personal space, the manic build of laughter in the soundscape, the costumes and the lighting all let us know we are in a slightly heightened sense of reality.

What was the biggest challenge in bringing it all to life?
As a first-time director coming from an acting background, there was a familiarity to working with the camera, the actors and generally being on set. However, the post-production side of things was a whole new world to me. I was particularly fascinated with the process of composition. 'Stonefish' features a percussive original score that has been used in conjunction with the action, as opposed to the emotion, to catapult us through the story. The only exception to this however, is when Jonathon feels positive emotions, particularly freedom from self-doubt. This only happens twice in the film but when it does a new instrument, a saxophone, is unleashed and catharsis begins. The impact of music on the finished product was a revelation and thrill to me. 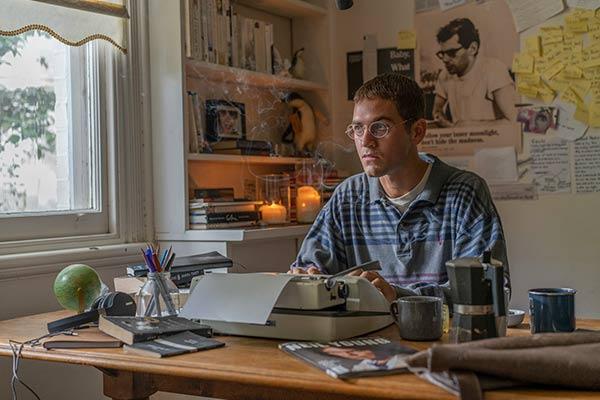 
What does it mean for this work to be featured in Flickerfest? Is this the first time you’ve been involved with Flickerfest? What do you think makes it a stand-out festival for short film?
I am very proud of the team for being accepted into Flickerfest. It’s a wonderful festival that I have attended as an actor in the past with a participating film, so it’s great to be back now as a director. It’s a very inviting festival and really feels like it’s for everyone and not just filmmakers. Which is something that we set out to achieve with 'Stonefish' as well. It’s such a great festival for filmmakers in terms of networking and getting your product in front of the Aussie industry. Obviously its reputation also speaks for itself, being able to say that your film screened at Flickerfest really means something to people and is a great calling card.

What are you hoping audiences take away from ’Stonefish’?
A good time and perhaps a laugh or two (It’s tough times out there at the moment)! I also want audiences to take away how being true to your own voice, your own special blend of crazy quirky light, is the only way to set you free.

‘Stonefish' plays as part of the Best Of Australian Shorts on 24 January, during Flickerfest (21-30 January at Bondi Beach).
Tweet
« Flickerfest Filmmaker Q&A – Frazer Bull-Clark, 'Set Times'
back to top