According to Festival Director Bronwyn Kidd – who has been involved with Flickerfest since 1998 – the staying power of the event over the last three decades, through the evolution of technology, cinema and indeed society, comes from a commitment to their core vision, the quality of the films they screen and supporting the talent that exists in the short film form.

“That’s what it’s always been about,” Bronwyn says, “growing our festival to programmes that support a diverse range of film, that are contemporary, that are fresh."

“It’s all about the films, that’s the critical part for us. And we’re unique, the only festival in Australia that’s totally shorts and Academy-qualifying and BAFTA-recognised. A highly sought-after festival to be screened in and selected for, and always a high level of competition.”

Entries for Flickerfest’s 2021 edition saw more than 2,700 submissions received, whittled down to just around 200 films for the festival’s screening at Bondi Beach. “We’re happy to have that amount this year,” Bronwyn explains. “We’re really excited to see so many films come through this year in a year where there’s been so many challenges for filmmakers to shoot or finish their films.”

With the main event in Bondi done and dusted, Flickerfest is now on the road, and will treat South East Queenslanders in Brisbane and Nambour to short films aplenty in the form of Best Of Australian Shorts and Best Of International Shorts programmes.

'Roborovski' (winner of the Yoram Gross Award For Best Australian Animation at the Bondi event this year) directed by actors Tilda Cobham-Hervey and Dev Patel, is about a miniature hamster seeking revenge, penned by the Oscar-nominated John Collee. Brisbane comedy 'Smashed', produced and written by Kristie and Tyson Yates respectively, sees two 20-somethings scheming a plan to keep their home and their smashed avo breakfasts when they're faced with losing their home. These films and more will screen in Brisbane and Nambour. 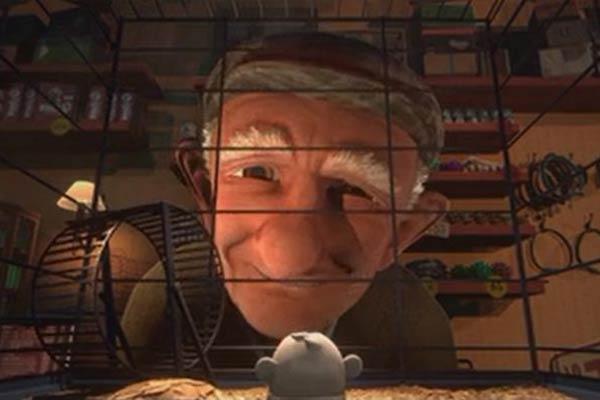 
Then, moving overseas, Nambour film lovers can look forward to an international offering, featuring 'David' starring Will Ferrell fresh from its Australian premiere in Bondi, the multi award-winning 'Heading South' from China, psychedelic animation 'Normal' from France and the delightful 'Frankie Jean & The Morning Star' from our neighbours in New Zealand.

The diversity of short films of which Flickerfest are proud to present in this year’s tour are nothing short of what Bronwyn calls “incredible”.

"The themes are as broad as broad can be, it’s just a really incredible collection of stories from across the world that really, I think, reflect contemporary concerns, culture, society, and a bit of humour thrown in there as well. It’s a really diverse mix.”

“That’s what Flickerfest is about – we’re not into themes as such, just finding the best stories.”

“Short films are great; they’re immediate and they reflect the times, and that’s what’s really made me so passionate about them for so many years.”