'Lost On The Road'

The 23rd Revelation Perth International Film Festival presents more than 30 features, documentaries and short films screening as part of a curated programme celebrating independent filmmakers both locally and around the world.


In 2020 you can journey to Istanbul with 'Stray', or get 'Lost On The Road To Shangri La' with Kai Smyth and his partner Tim Mager.

Audiences are invited to explore the possibilities of Artificial Intelligence, with 'iHUMAN'; speculate on developments in the political and social power of corporations in 'The New Corporation, The Unfortunately Necessary Sequel'; investigate a deadly fire at Bucharest's 'Collective' nightclub or revisit the Iran hostage crisis of 1980 with 'Desert One'.

American indie features include 'The Florist', 'Save Yourselves' and 'Dinner In America'.

Get a glimpse of the cut-throat world of international art with 'My Rembrandt'; take in a personal documentary about people who are living their fascinations and are the 'best' at what they do with 'The World's Best Film'; experience the controversy of 'The Trouble With Being Born'; or take in 80 minutes of Mexican B-grade with 'Bat Woman'.

Dance is a continuing theme in Revelation's 2020 event. 'Bare' is a documentary screening as part of the online programme, and 'FourByFour' is part of XR:WA. 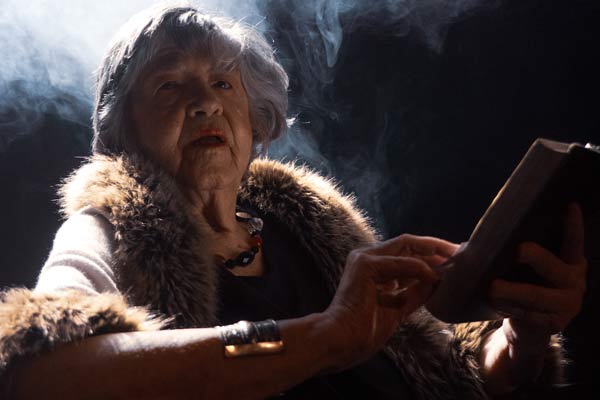 
Q&A screenings with local filmmakers behind 'The Xrossing' and 'Laura's Choice' will be taking place at Luna Leederville.

Get Your Shorts On! and the City Of Vincent Film Project provides the opportunity to support some of WA's talented emerging filmmakers, while Revelation's Westralia Day features sessions of locally-produced content including 'Carmentis', 'The Kimberley Man', 'Antecedents', 'Mystic Pines', 'Spirit Of Happiness', 'Raising Joey', 'Spirit Of The Streets', 'The Xrossing', 'Cockrat' and 'An Ideal Host'.

In the world of animation, the Animation Showcase features short films across the world, and two Experimental Showcase sessions will examine form, structure and material.

The festival culminates in the WA Screen Culture Awards, marking the first time in five years that the WA screen industry has had an official awards platform.

After the theatrical screenings conclude, REVonDEMAND will continue featuring the documentary 'Russia From Above' among others.

The full programme can be viewed here.