Revelation Perth International Film Festival looks at the goings-on of the film world in Western Australia for February and beyond.

Oscars
Join Revelation Film Festival for the next best thing to attending the Oscars – a live screening at The Backlot. Complete with champagne, Oscar Bingo, Oscar Sweepstakes and your best frock.
Monday 10 February – The Backlot Perth.

Perth Festival Films
It’s time to kick back under the stars and enjoy Perth’s most picturesque outdoor movie location. If it’s romance, adventure, thriller, inspiring docos, politically charged drama, feel-good family tales or even a zombie comedy, this year’s Perth Festival Lotterywest Films programme has something for you.
Films for the festive season include 'Bellbird', 'Young Ahmed' and 'Pacificado'.

Cott Film Fest
Running until 16 February, Cott Film Fest combines a programme of world-class films with a line-up of live musicians to provide a carefully curated and holistic film experience. Offering you laid-back evenings of sunsets, food and entertainment, titles include 'Pavarotti', 'Pain And Glory' and 'Palm Beach'.

Film School
On the second Monday of each month, a diverse array of young people will present an exciting new release and kick off a post-movie discussion with special guests. Presented by Student Edge, Film School gives up-and-coming critics a voice and whether it's high-brow or low-brow, Scorsese or Marvel, documentary or anime, they'll cover it all. February’s film is 'Honey Boy'.
Monday 10 February – Luna Leederville. 
Rooftop Movies
From the producers of Fringe World, Rooftop Movies is an open-air cinema experience six levels above the ground in the centre of the city. Features a film programme packed with new releases and cinema classics, and everything in between.

David Stratton: A Cinematic Life
A rare screening of the documentary that follows the personal journey of David Stratton as he relates the fascinating development of our cinema history. Alongside David, the protagonists of this history are the giants of Australian cinema – both behind the camera and in front of it.
Friday 14 February – Girrawheen Public Library.

2040
A free screening of the inspiring documentary '2040' is presented by the Shire of Mundaring with support from Mundaring in Transition. Concerned about his young daughter's future, filmmaker Damon Gameau travels the world in search of new approaches and solutions to climate change.
20 February – Kookaburra Cinema, Mundaring.

Valentine’s Day
If you’re looking for a night of resplendent romance under the stars or a unique date idea this Valentine’s Day, look no further than Kings Park Moonlight Cinema’s 30th anniversary screening of iconic romance, 'Ghost'.  Pop some bubbly and cuddle up to your nearest and dearest under the glow of the big screen. 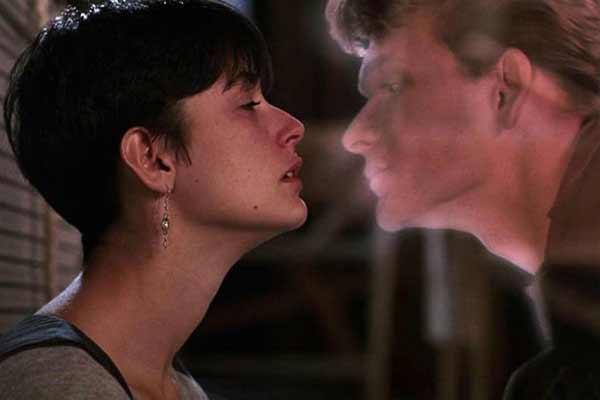 
Fleabag
She’s the hottest new woman in Hollywood bringing us the stage show that inspired her hit TV series. Written and performed by Phoebe Waller-Bridge and directed by Vicky Jones, 'Fleabag' is a rip-roaring look at some sort of woman living her sort of life.
Encore screenings at Luna Leederville and Luna on SX from 8 February.

The Doors
'The Doors: Break On Thru' is a hybrid live concert and documentary capturing a 2016 tribute performance in Los Angeles by surviving Doors members John Densmore and Robby Krieger, to honour Ray Manzarek on what would have been his birthday. The film also includes rare archival footage of the band and conversations with Jim Morrison.
Wednesday 12 February – Luna Leederville and Luna on SX.

Human Flow
Over 65 million people around the world have been forced from their homes to escape famine, climate change and war in the greatest human displacement since World War II. 'Human Flow' is an epic film journey giving a powerful visual expression to this massive human migration.
Tuesday 25 February – Palace Cinema Paradiso.

Banksy & The Rise Of Outlaw Art
Films For Change present arguably the most controversial street artist in the world, Banksy. His political art, criminal stunts, and daring invasions have outraged the establishment and created a revolutionary new movement, yet his identity still remains shrouded in mystery.
Thursday 27 February – Cinema Paradiso.
Tweet
« Birds Of Prey (And The Fantabulous Emancipation Of One Harley Quinn) Film Review The Story Of Plastic Film Review »
back to top