'A Bump Along The Way'

Oscar contenders and box office hits will grace screens around the country for the 2020 British Film Festival.


The event will once again celebrate the filmmakers, acting talent and stories from the British Isles with a programme of 22 anticipated films from the year. . . Powerful, true stories and literary adaptations to biographies, comedies and documentaries.

There's a strong focus on females both on and off screen sees the following eight films leading the way. . .

Charming Irish crowd-pleaser 'A Bump Along The Way', directed by Shelly Love with an all-female creative team, follows a boozy 44-year-old single mother who falls pregnant from a one-night-stand, to the shame of her teenage daughter.

Gripping historical drama 'A Call To Spy', which follows a British spy agency at the dawn of WWII, ordered by Churchill to recruit and train women as spies.

'Ammonite' from writer/director Francis Lee is set in 1840s England, starring Kate Winslet and Saoirse Ronan as a palaeontology pioneer and a young woman, and the story of their forbidden love. 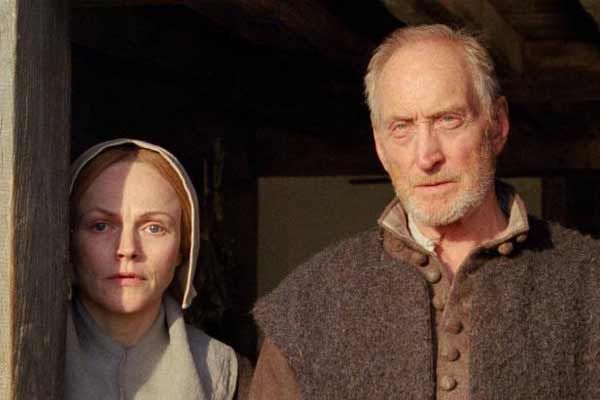 
On an isolated farm in 17th-century Shropshire, a woman learns to transcend her oppressive marriage when a young couple on the run disrupt the family's Puritan existence. 'Fanny Lye Deliver'd' from Director Thomas Clay is a brew of sex, violence and radicalism, starring Maxine Peake.

'The Warrior Queen Of Jhansi' is the true story of Lakshmibai, the historic Queen of Jhansi who led her army against the British East India Company in the mutiny of 1857.

A discovery at a school for the daughters of the Nazi elite leads to a series of deadly events in the true story 'Six Minutes To Midnight', starring Eddie Izzard and Dame Judi Dench. 
And 'Summerland', a romantic drama set in World War II and starring Gemma Arteron as an English woman who open her heart to an evacuee.

If you're into music documentaries, you can check out 'Rockfield: The Studio On The Farm' celebrating the legendary recording studio in the Welsh countryside, and 'White Riot', a lively documentary which explores how punk influenced politics in late-1970s Britain.

Of course there are British dramas to catch as well! There's 'The Nest' featuring Jude Law and Carrie Coon, 'Starfish' based on a true story and starring Joanne Froggatt, 'The Racer' and 'A Gift From Bob'.

Comedy might be more your thing – in that case, 'Days Of The Bagnold Summer' directed by Simon Bird, 'Kat And The Band' starring Ella Hunt, 'The More You Ignore Me' based on the novel by Jo Brand or 'Then Came You' might be more up your alley.

Restored classics include 'The Elephant Man', 'Flash Gordon' and 'The Ladykillers'.

Ticket information can be found here.