The first part of this episode is basically a highlights reel. Or like, something you’d play at a high school graduation. Where’s that ‘Friends Forever’ song by Vitamin C when you need it.

We’re treated to dramatic shots of the house, some big orchestral music, and sound bites from previous housemates. The ghost of Queen ‘I Need Tea’ Angela echoes through the house. Ian’s spoons. Marissa yelling at Sarah. Garth revealing he was in the bunker.

Well, we’ve made it! This is the last ‘proper’ episode of ‘Big Brother’ before the finale. The top three is decided here, after one final challenge. Look at our babies, all grown up!

The whole romance vs bromance thing is starting to get a little old already. Let’s move on we get it.

The housemates are treated to messages from past housemates. Oh hey there’s that Allan guy who said how he was going to win but went home in episode two, and he’s talking about how he didn’t picture them being final four. Probably because he thought he was going to be final four. Anyway so that’s really cute and everyone’s having fun. Kieran’s message really gets to Sophie, probably because she’s so relieved he’s no longer around.

Big Brother treats the final four to a champagne breakfast before their challenge. I think he’s trying to get them drunk so they all fail. Sneaky, BB, sneaky.

Sophie’s already gone. She’s mumbling drunkenly on the outdoor lounge, calling out for Chad. Things are getting out of hand, they’re ten drinks in and I don’t think these people are fit to compete in a physical challenge – is there an ambulance on the way? Where’s Sonia? Help?! 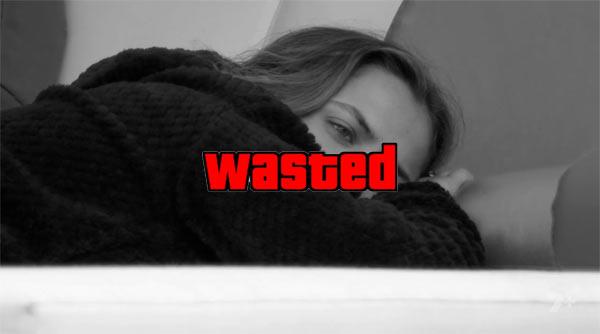 
Okay I made all of that up they’re all fine. It’s just. . . There’s not much going on in this episode apart from cheesy flashbacks and stuff. So I’m trying to make my own fun.

Mat’s all of a sudden saying he thinks Chad’s more competition than Sophie, which means we just watched him mope around and sook for a whole episode because she returned, for no reason. But he knows that if Sophie wins, she’ll choose to evict him. Or, as he puts it, “if Sophie gets the chocolates it’s bye-bye Matty”. Okay then. We get to hear him talk about how he’s a nobody from Broken Hill again, which is an absolute treat.

Chad’s a bit sore. He’s got a bad ankle. He probably rolled it when they were running around drunkenly. Nice one BB.

It’s challenge time. Oh lord, strap yourselves in for this one. There’s a long track that a metal ball will roll down for each of them. They need to place the ball on the track, run down to the end of it, and collect the ball before it falls off. Then, they need to run back up and do it all over again. At regular intervals, the housemates will be told to add a ball until there are five rolling down and they can only collect and return one at a time. Also, totally not important but I’m just now noticing there are so many challenges in this show that involve balls. The proof is in the pudding, check our other recaps.

The winner of this challenge straight up just chooses who goes home next.

Also they need to do a bit of running and Chad’s ankle hurts. He’s understandably a little shaky.

This is not enjoyable to watch. I actually hate this quite a lot. As each ball is added, there’s more stress. Yikes yikes yikes.

Sophie manages a catch that deserves slow-mo replay treatment. I scream at the television. SHE ON X-GAMES MODE


I also scream at the television when CHAD WINS?!!! We love a comeback!

He heads to the diary room where BB has his mum on the line. Not BB’s mum. Chad’s mum. This is a cute moment because he’s talking about how he wishes his dad, who passed away, could see him. As morbid as it sounds, this will probably be something the public loves to see and might edge him closer to winning the show.

Chad and Sophie talk about who should go home. Chad says Mat has “good slang” and “good sayings” which are both very strong and well-put arguments, but he also has mood swings. This is a tough decision, because there’s the perception that Dan is more deserving of being in the top three so he should go through, but he is also more of a fighter so it would be better to send him home if Chad wants to win.

It’s eviction time. Here we go. I’m stressed. My hair is falling out. Just kidding, this isn’t much of a high stakes moment. Chad’s essentially choosing between two white slices of bread.

Speaking of bread, Sonia’s wrapped up in Alfoil like garlic bread and ready for the oven. 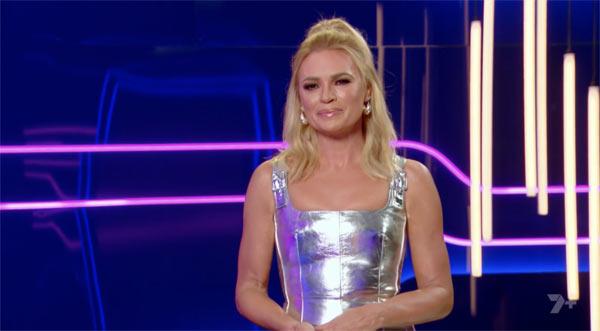 
CHAD EVICTS SOPHIE OH MY GOD NO ONE COULD HAVE SEEN THIS COMING!!!!!!!

He evicts Mat. I’m sorry. I told you I’m making my own fun.

So the final three are Dan, Chad and Sophie. They head out to the yard where some pretty dangerous looking pyrotechnics are going off for them. They go off for quite some time actually. BB got that money honey. Can someone put those out please I feel like that's quite dangerous and not great for the environment.