It’s episode ten. The boys are developing a bromance and Casey can’t poo. I was going to say things are moving along smoothly, but apparently they aren’t.
Shane is yet again regretting his choices at the last eviction ceremony. He failed to get rid of Mat so he’s shaking in his boots and IT’S ON!

Today, the housemates are given a rather interesting challenge, with the prize being a dining experience filled with platters of food and champagne. Sounds pretty good, hey? Until you realise you have to hang out inside a cardboard box with a fellow housemate for as long as possible in order to win.

Sophie’s confused as to why Big Brother, the God figure of this franchise who assigns challenges weekly to test patience, skill and logic, didn’t pair her with the person she’s closest to in the house. Later, after being told the rules which include not poking holes in the boxes, she pokes a hole in her box and is disqualified.

Luckily, the boxes all have stickers of the pairs on them. This helps with the next 15 minutes which is essentially shots of stationary cardboard boxes from a variety of different angles. Whenever a housemate talks, we get a still image of their face on their box. Sophie gets to work defacing these photos which, speaking as a viewer, is appreciated. 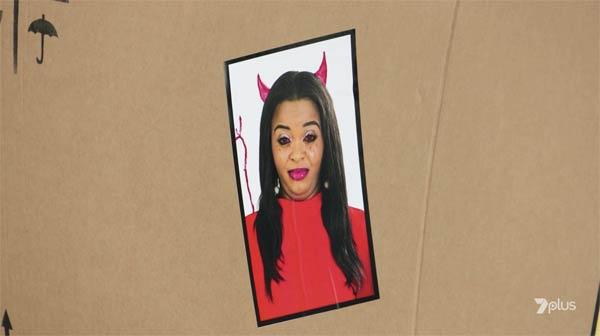 This is one of far too many references to Satan/the devil in episode ten.


Angela imagines she’s in Hawaii, Marissa talks about the ‘80s, and Dan farts every now and then. It was recently announced that ‘Big Brother’ is returning in 2021 and honestly, with television of this sky-high calibre it’s not hard to see why.

Sarah and Chad give up their spot in the challenge to go and eat KFC.

Six hours later (note: not televised in full) it comes down to Xavier and Angela, and Dan and Mat. Mat offers Xavier his cooking and cleaning services as well as. . . one of his shirts? (awww?) which is evidently too tempting to resist. He flips away the box and gets up. Angela, lying in the foetal position and looking slightly insane after the ordeal, is understandably peed off about this.

“Angela and Xavier have left their box,” Big Brother says.

“I have not left my box!” Angela protests, outside of her box.

Winners Mat and Dan have to choose one of the losing pairs to join them for their meal. They choose Angela and Xavier.

“I couldn’t think of three better people to spend this experience with,” Dan lies.

The dinner radiates some serious ‘please join our cult’ energy as Dan and Mat urge Angela and Xavier to vote for Shane in the next eviction. Angela is on board. Dan, wearing a turtleneck and some reading glasses, intelligently recalls the old adage “keep your mates close and your biggest competitors closer”. Sure, Dan. That’s definitely not the correct term but the turtleneck and specs combo is really selling it.

Angela is pretty convinced that Shane, Sarah and Hannah will be the three up for eviction after the next challenge.

She applies her lip gloss which, by now, is basically the equivalent of loading a gun before a fight or revving a car before a race. 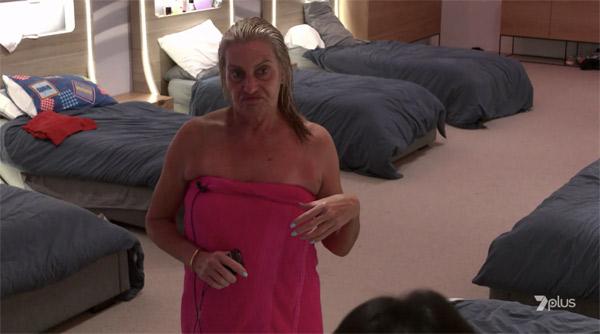 Marissa’s less than impressed with Angela’s plan to take down Shane with big guns Dan and Mat.


It’s nomination challenge time. Oh no. . . More boxes! Luckily these ones are too small to fit two people in them. . . But not too small to fit one! Just kidding, no one’s getting inside these. . . For now!

They have to balance as many cardboard boxes as they possibly can, one by one, stacked horizontally between them and a target. They have 30 seconds to place each box along their stack, and the last one left with a stable stack wins.

Can someone get me a bag of popcorn I can’t look away right now. Big Brother’s asking if Chad can “get it in”. It’s too much and he drops his stack.

The showdown is now conveniently between Mat and Shane. Mat wins his first challenge, which means he can carry out the task assigned to him in the cult meeting – I mean, dinner – to nominate Sarah, Hannah and Shane so that Shane is easily knocked out.

He nominates Angela, Marissa and Shane. This is not part of the plan, Mat! That kind of rebel behaviour can get you taken out by a gang or something I’m pretty sure. I don’t know I don’t really watch movies about gangs and stuff.

Angela’s feeling pretty silly for trusting Mat with this one. 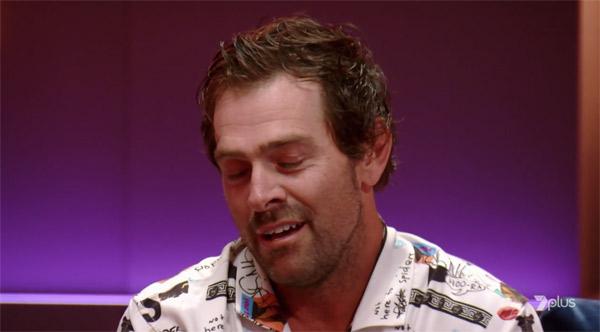 
In the eviction room, Shane tries his hand at shifting the focus to Ange in a last-ditch attempt to get her out. I mean look, his shirt says he’s not here to f… spiders and that much is clear.

Sadly, his fashion statement against arachnid intercourse doesn’t quite get him over the line and he’s sent packing. A sigh of relief can be heard from the Big Brother house’s spider population.