Righto, Angela’s pulling out a teabag from her bra, just another day in the house, off we go.

“You’re too funny Ange,” Marissa says, with no hint of a smile whatsoever. “I can’t stop laughing about that,” she continues, not laughing.

Big Brother sends in some fish for Ian to look after to help him with the death of his huntsman, Patricia. So precious.

To say there’s barely any food left in the house is an understatement.

“Anyone want half a ricecake?” Hannah asks. WHAT AN OFFER. She follows it up with some quick maths: “There’s literally only one egg left, so we can only have one.”

Luckily, BB’s on the case. There’s a shopping task, but it’s not going to be easy. In the yard, balls will exit a chute at random points throughout the next 24 hours, and roll down a pipe. It will be allocated to a particular housemate and it’s that housemate’s job to catch it when it leaves the pipe, before it falls to the ground.

Big Brother reveals that $10 will be earned for every ball caught.

Angela catches the first one after a loud siren sounds, while wrapped in a towel, and Garth catches the second, midway through brushing his teeth. It’s made clear pretty early on that this won’t just be happening when housemates are lazing around.

Sarah needs to cut a shower short and run out to catch a ball. She returns to the shower. . . And is interrupted a second time.

Meanwhile Garth, Ian, Shane and Xavier are putting the pieces of the last few days together, and realising Kieran is just trying to create drama through others so that he looks like a good guy. It’s starting to seem like his days in the house are numbered.

A ball rolls down for Mat, who is, let’s just say, busy doing number twos. 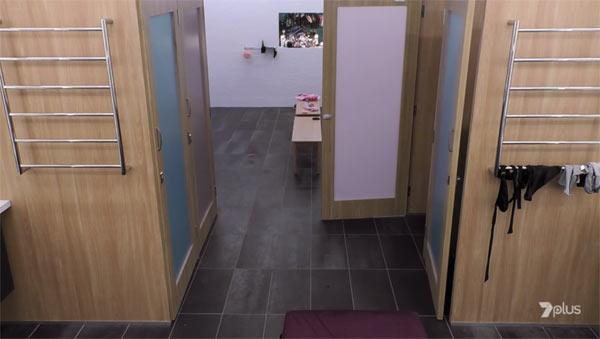 
What does everyone expect?! For him to. . . You know what? Nevermind. I’ll save the mental image.

It’s been a few hours now and the housemates are getting a little fatigued. There hasn’t been a successful ball catch in a while.

I guess you could say they’ve really. . . Dropped the ball. On this challenge.

“This siren is like as if a truck’s about to drive through my bed,” Hannah expertly describes in the early hours of the morning. They’ve all decided to sleep either in the loungeroom or outside in the yard. Things are getting desperate. Angela needs her tea.

It’s the next morning, and finally, the task is over. The total balls caught were 19 out of 34, equalling $190. Oh dear. Cue some awkward, disappointed facial expressions as everyone realises they need to feed a house of 15 people for a whole week with less than $200.

“Well done guys,” Shane says. Not sure whether that’s a genuine congratulations or he’s being a huge douche.

It’s shopping time! Zoe and Garth are in charge of picking what the house buys.

“As long as I get teabags, I don’t care,” Angela says.

Zoe, clearly bitter about Angela nominating her in the last eviction, decides they’ll only get green tea this week, and not black tea, because “people” in the house need to learn to “be more frugal”. Uh-oh. 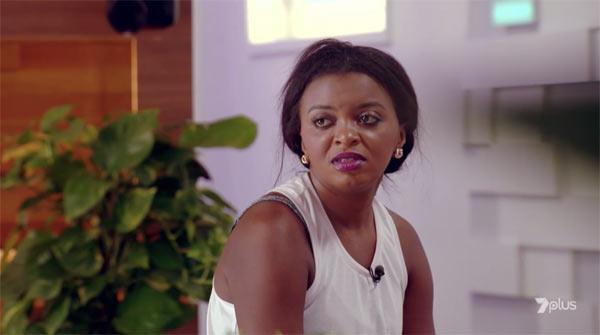 You can practically feel the laser beams coming out of her eyes.


It’s safe to say Angela doesn’t react well to this news initially. She looks like she’s ready to kill Zoe. But that’s pretty much the extent of it, surprisingly. Oh, and she calls Zoe a bitch while talking to Marissa. . . So I guess instead of drinking tea, Angela’s spilling it.

Okay, so for this week’s nomination challenge the housemates need to wrap 100 metres of rope from one spool around their body, and wrap it around another spool at the other end of the room.

Angela is out basically straight away, this is all your fault Zoe, what the hell.

What follows is a whole lot of spinning. Siri, play ‘Spinning Around’ by Kylie Minogue.

“Does anyone have a Stanley knife?” Sarah asks, evidently ready to go on a killing spree out of frustration.

Ian wins the challenge, making it his first time. Wait, oh no. That means he needs to nominate three people for eviction. 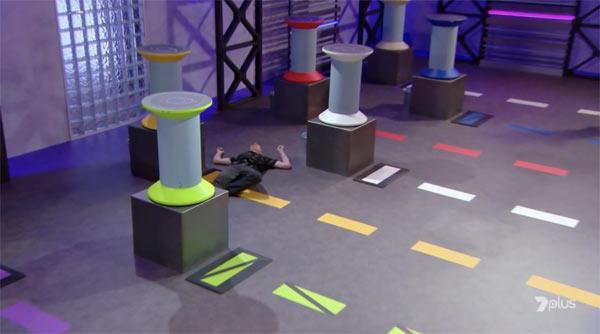 
The poor precious angel is struggling to come to terms with his responsibility in the diary room. He ends up choosing Angela, Marissa and Chad, based on the fact that they’re all threats in the game for different reasons. This will be interesting.

He heads off to the bedroom after his choices are revealed, Angela making sure he knows it’s not personal.

Chad gushes about Angela’s strength and willpower (by the way where did the spark between him and Sophie go?! More of that please!). Meanwhile she’s decided to try and rally the girls together, to make sure Chad goes home. Sneaky, sneaky. She says he’s contributing nothing except the fact that he’s a pretty boy.

What’s wrong with that Angela? Asking for a friend.

Sonia asks Chad if he thinks he’s sitting there because he’s a threat.

“Yes,” he replies. “Probably lifting too many weights in the backyard and doing some handstands, so, yeah, been a physical threat it looks like.”

Angela targets those who aren’t trying hard enough for the quarter-of-a-million dollars prize money, comparing their lack of work ethic to people on Centrelink. OMG.

On her way out of the house, Big Brother tells her to turn left at the end of the hallway. It takes her a grand total of two full minutes to walk about six steps. Girl, hurry up. We’re on the edge of our seats here.

Angela is given access to the control room of the house, where it seems as though she’ll be able to get up to some pretty sneaky stuff without the housemates knowing.

Good luck Angela. . . Just don’t spill the tea on any of the equipment.