It’s early morning. Garth has been evicted, but somehow he’s still in bed. . . Seen in a shot of the bedroom.

Seriously. . . The episode has been on for a total of ten seconds and there’s already something for me to comment on. This is too easy. 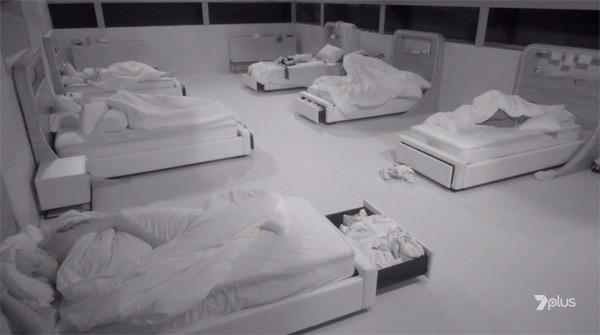 The ghost of Garth lives on (bottom left), and we get proof that the editors don't have a shot of the housemates sleeping, without Garth in it. #oops


Shane’s got a lot on his mind after playing a role in Garth’s elimination. He heads to chat with BB, who suggests he goes and gets some sleep.

Instead, he climbs into bed with Chad and evidently has zero respect for everyone else who is sleeping, because they’re talking as if it’s the middle of the day. Not only that, but they’re talking about who they’d vote out. So secretive guys, well done.

To pretty much no one’s surprise, Mat chimes up and asks what they’re doing.

“That was close,” Chad says. Practically the entire house was woken up by their conversation, including Mat. Sooooo. . .

The next morning, Big Brother calls out the women of the house because they’ve spent too long in the bathroom. This is due to society’s high standards of feminine beauty and the constant pressure on them to look attractive from the mainstream make-up and fashion industry. ANYWAY, BB gives the boys two hours of male-only bathroom time, probably the most time they’ve spent collectively in the bathroom since they arrived. Good for them.

There’s shots of empty cupboards and housemates complaining about their hunger. . . Sounds like it’s time for another shopping challenge.

Zoe talks about how the housemates aren’t far from eating each other. That would be a show I’d willingly tune into.

Suddenly the house comes alive with a phantom storm and Kieran looks the furthest from impressed, excited or surprised I’ve ever seen him. 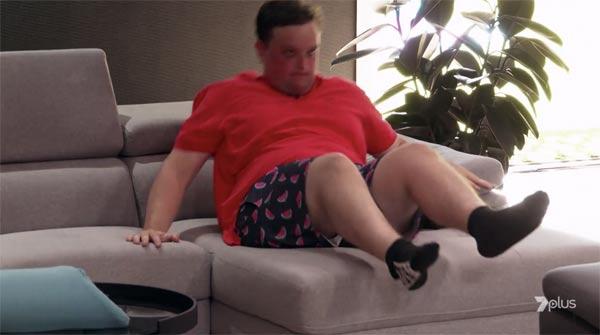 “Another day obeying this idiot’s rules. I want my tomato bruschetta.” – Kieran, probably


The shopping challenge is a 24-hour one. They need to collect water coming from a pretend raincloud and fill up a rain gauge. The more it’s filled, the more money they get for their household. There are six sections of $50 each, making it a total of $300. Oh. . . And they can only collect the water with their bodies. This should be interesting.

There’s shirt wringing, hair wringing, using hands as a makeshift cup, everyone really putting in a great effort. After the first storm, they managed to collect. . . Oh. Not even $50. Okay. Yikes. This could be a long 24 hours.

Dan is given a secret mission – to get Chad to do 12km worth of steps by the time the challenge is up. Luckily Dan’s allowed to get everyone else to help, as long as Chad never catches on. If he does 12km worth, they will get an extra $50.

The natural response from a majority of the housemates is good – they all start making him participate in different kinds of exercise around the house. Granted, it does start to feel a little bizarre after a while, but Chad doesn’t seem to be suspecting a thing.

The next phantom storm arrives, and the housemates rush to the raincloud. It “rains” for what seems like about 20 seconds.

The fun goes on and on. Casey’s getting a bit fed up, having a rant about how the storms come at inconvenient times, especially when she’s dreaming about being anywhere other than “this hellhole”, also known as the house she willingly applied to live in.

Everyone’s running out of ways to keep Chad moving.

Hey, do you know what would work perfectly? If Sophie convinced him to do some steps. He’ll definitely listen to her, considering they’ve been getting nice and cosy lately.

She decides to try and upset him so that he will pace. Are you kidding? That might just be the worst idea I’ve ever heard of. And she lasts about three seconds. He’s completely not convinced and Sophie clearly failed drama in school because she ends up getting the giggles and says “I was just trying to get your steps up”.

Well, her pathetic attempt has the opposite effect because Chad decides to go to bed out of annoyance.

It’s the morning after and the house has earned $175 from collecting water. Not bad. Oh, and Chad covered 14.4km worth of steps.

Just kidding. Not yay. Sophie’s loose lips ruined everything and they don’t get the extra money. She tries to get Big Brother to change his mind, fails,  and decides to give her non-existent drama skills another chance, shooting a stern glance at the camera in the diary room. BB’s not convinced. Meanwhile, Angela’s talking about how her and Marissa are the queens of the house – secretly. That makes sense. Kind of like how I’m the Queen Of England, but secretly.

It’s nomination challenge time. Each person must balance balls on a platform and keep their foot in a stirrup, which will keep the platform level. As time goes by, more balls will be added to the platform. I don’t want to do that thing where I say the word ‘balls’ too many times again.

This challenge is over pretty quickly. It comes down to Hannah and Marissa. It’s been more than 45 minutes. . . And Marissa wins her first challenge!

She uses her power to target the ‘alpha’ group of the house. Her choices are Xavier, Mat and Zoe.

Even though Shane was sleepless over the last eviction at the start of the episode, he decides to make a bold move and rally the troops to evict Mat. Dan hears his plot, sooooo. . . It’s safe to say he’s got a target on his back.

It’s time to evict, and the million dollar question is whether Sonia is wearing a pantsuit or a dress tonight. She doesn’t reveal it. Ugh! So I guess it will remain a secret, kinda like how it’s remaining a secret that Angela and Marissa are the house queens.

In the end, the house votes to evict Zoe. Sorry Zoe, no matter how much you fan your eyes with your hands you still need to leave. Please go. 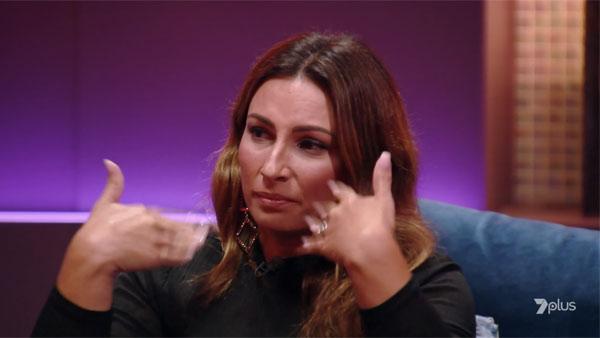 When has this literally ever worked

‘Big Brother’ is on Sundays, Mondays and Tuesday on Seven.