Tiny baby angel Sarah is being bullied by Big Brother for her shortness. He makes her stand back to back with Dan who is ridiculously tall. Leave her alone she’s an icon. Casey is just now realising she should have put Sophie or Chad up for eviction when she won the last challenge. Well no sh.t, Sherlock. But you went and promised them you wouldn’t, so who’s fault is that?! Now pink puffy shoulder dress-wearing legend Marissa is gone and you’re to blame. Sit with your guilt Casey. Sit with it. Let it marinate.

This week’s shopping task involves manual labour, so naturally the blood drains from Kieran’s face and everyone else is secretly screaming with excitement at the prospect of him contributing to the house chores.

They will win $200 if they can successfully complete two one-hour shifts of different tasks, in pairs (except for one housemate, Sophie volunteers to work solo). They are separated into four cubicles.

Kieran’s telling us how he gave himself the nickname ‘Thick’ as a strategic manoeuvre to distract the housemates from the fact that he lacks personality, drive, energy, and just general ability to complete any given task. Mm, I’m sure that will work Kieran. Stick to that plan for sure.

Everyone heads off to their first shift and I am very excited for another opportunity for them to fail and starve. Dan and Chad need to lick and separate chips according to their flavour. I have two questions about this one. . . First of all, who came up with this? Second of all, is someone really going to go through and taste all of the licked chips to make sure they did it correctly? Actually, don’t answer that.

Sophie needs to focus on two lights and count how many times they flash red, Sarah and Casey need to match bolts and nuts, and Kieran and Mat. . .

Kieran and Mat’s task is to spend the shifts sitting, eating, drinking and relaxing without being found out.

Honestly? Am I the only one starting to think this whole thing is rigged? It’s almost like BB wants them to succeed so he made sure to relieve Kieran of an actual task because that would increase the chance of failure. Of course they’re going to win the shopping money. I’m so close to tapping out at this point, it isn’t even funny! Just say you’re a softie, give them the money for the bare minimum and go, Big Brother. Yikes.

We get a close-up shot of Kieran and Mat’s task sheet which is a real treat if you like spelling mistakes. 
Hey wait, the sheet also says they have to do it for all ’three’ shifts. The episode only shows us two! What was the third one?! Did Kieran and Mat have to actually physically exert themselves and they failed but it isn’t shown because it would ruin the narrative of this being more of a holiday than a gruelling social experiment?

Ahh, anyway. They all pass their first shift and the next one involves removing buttons from a pile of manure, peeling prawns, and cleaning dirty shoes. Yet again Kieran and Mat get to do nothing at all.

The task is coming to an end and I just realise that anyone could easily walk in on Kieran and Mat relaxing and the challenge would be failed. This doesn’t happen though. It comes close. . . But no cigar. Later, Kieran can’t stop talking about how much fun was had, but still no one picks up on the fact that he isn’t being sarcastic.

Big Brother shows the footage of the pair living it up while everyone else slaved away, and the look on Dan’s face is priceless. 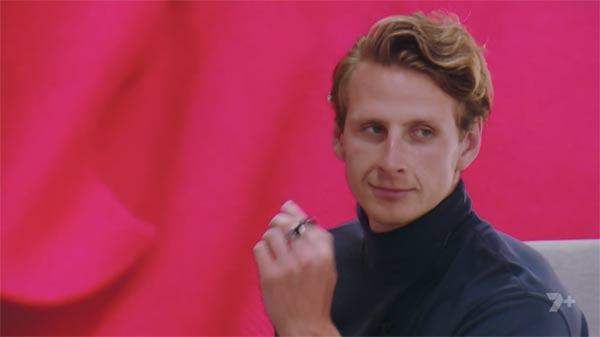 
Sarah’s annoyed that Kieran finally got an opportunity to work and got off scot-free. She clearly hasn’t cottoned on to the fact that Big Brother is a pile of mush with no interest in challenging these people at all.

They not only win the challenge, but Big Brother gives them double the originally promised $200. If my maths is correct, that’s $400. $400 between seven people for a week is just ridiculous. How about you give them flights and accommodation to Cancun while you’re at it, BB. Christ.

Casey’s trying to bond with Sarah because the house is starting to realise how powerful she is, as the swing vote of the competition. Plans are forming to kick at least one of Chad or Sophie out, to split things up a little.

Today’s nomination challenge sees everyone standing on a metal platform and holding on to either side as it rotates, testing their strength as it tilts them on more and more of an angle. I like this one. A lot less anxiety-inducing than previous challenges, but not as simple as bloody dominos.

Since they’re kind of just standing around and holding on, there’s not much to talk about here. Kieran lasts surprisingly long up there, and it comes down to Chad and Sophie, like that matters anyway because they’re essentially one person. Unless it’s eventually revealed that Sophie has been leading Chad on this whole time, using him as a way to double her power in the house for the entire competition only to vote him out and increase her chance at winning.

That’s a fantasy I’m 99.9 per cent positive will remain a fantasy.

Before nominating her two housemates, Sophie takes the long overdue chance to use the diary room’s fab lighting and cool chair to do a bit of modelling. 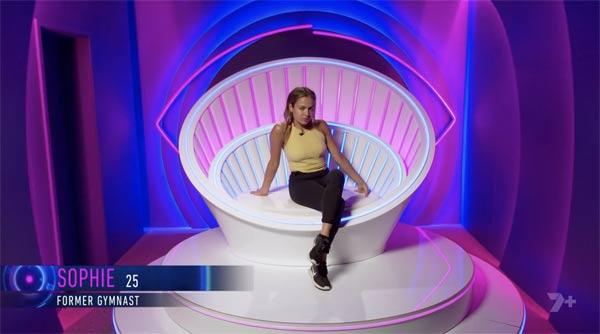 
She nominates Casey and Kieran, because she knows that as long as she can sway Sarah to vote for Casey, it will be a tie (two votes vs two votes) and she can choose to evict Casey. Okay smart strategic legend and icon.

This proves once again that Sarah holds the power in the house. If she votes for the wrong person, Sophie’s plan has failed. But don’t get too excited by the idea of you being the queen of the house Sarah. . . It could make you look bad. 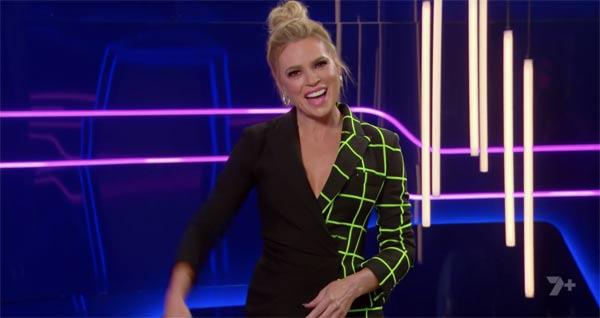 
Sophie’s plan works – she is given the power to evict, and Casey is sent packing.

“Am I not pretty enooooough” she sings as she drags her suitcase out to the car.

‘Big Brother’ is now on Mondays, Tuesdays and Wednesdays on Seven, for the final two weeks.