'The Walrus And The Whistleblower'


The festival, online in 2020, has a strong commitment to local, Australian indie and industry documentary with more than 50 Australian documentaries premiering representing 55 per cent of the total festival slate.

Forty-five of the documentaries are directed by women.

Here are five must-see documentaries to see in the online event.

'Insert Coin'
Director: Joshua Tsui
The oral history of a team of geeks and misfits in the back of a Chicago factory creating the biggest video games ('Mortal Kombat', 'NBA JAM', and others) of all time.

'Descent'
Director: Nays Baghai
Kiki Bosch is a professional ice freediver from the Netherlands; she dives into the coldest waters on the planet on one breath without a wetsuit, from the iceberg fjords of Greenland to the frozen lakes of Finland. Her initiation into the cold was the debilitating trauma from when she was raped as a young woman, and in search of healing. Ever since she discovered the joys of cold water freediving and overcame her scars, Kiki has travelled far and wide, not only to push her physical and psychological limits, but also to inspire others to harness the power of the cold in similar ways. 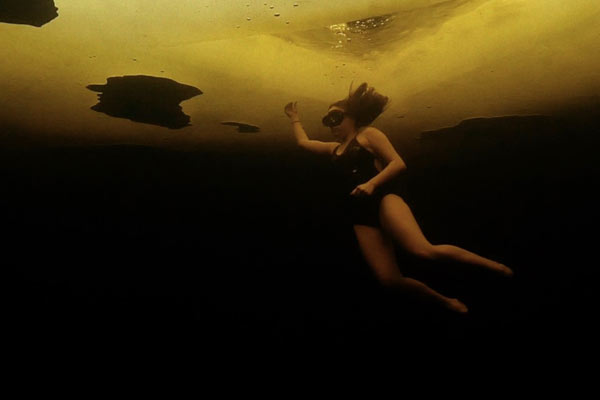 'The World's Best Film'
Director: Joshua Belinfante
In March 2014, Australian filmmaker Joshua Belinfante was told he had only a short time left to live. Forced to confront his own mortality, he thought about what he would do with his life if he was somehow given a second chance. He realised that he wanted to travel the world and find people that were fulfilling what their inner child always dreamt of doing. At the time of his diagnosis, Joshua was studying to become a solicitor and had put off his dreams to become a filmmaker. ‘The World’s Best Film’ is an anthology documentary about 13 individuals striving to be the world’s best at their passions.

'Meat The Future'
Director: Liz Marshall
A close-up, personal look at the visionaries risking everything to innovate real meat without slaughtering animals, and without environmental degradation. With animal agriculture occupying roughly 45 per cent of the world's ice-free land surface, producing more greenhouse gases than cars, the prospect of meat consumption doubling by 2050 is a wake-up call for solutions. The planet's future may lie with 'clean meat', also known as 'cell-based meat' 'cultured meat' and 'cultivated meat', a food science that grows real meat from animal cells. Billionaires Bill Gates and Richard Branson, and food giants Cargill and Tyson have invested in the birth of this new industry, instilling confidence that cell-based meat may soon come to market as a sustainable alternative to conventional meat.