After a 10-plus year absence from Australian shores, extreme freestyle motorcycle legends Crusty Demons will return down under with their brand-new live show 'Rise Of The Demons'.


With 11 world records to their name, the Crusty Demons continue to make headlines around the world with true believers blessed with some of the most radical, death-defying stunts known to humankind, with riders pushing to go bigger, faster, higher, and more insane than before.

The ginormous tour will trek around Australia with Saturday night shows only in all capital cities plus a swag of regional events including Townsville, Alice Springs, Wagga Wagga, Devonport and Coffs Harbour. 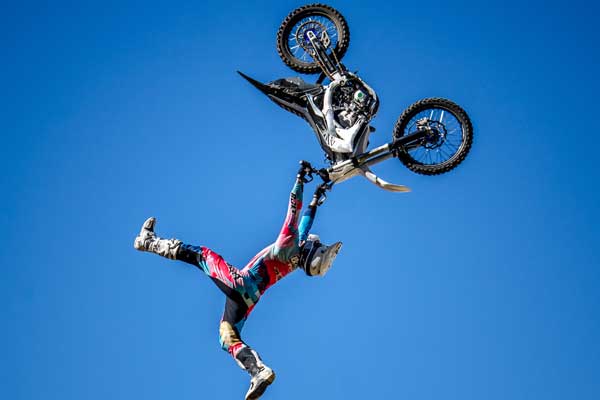 "I can't wait till the first stop of the tour in Sydney because I'm going to send it bigger than ever for the Crusty fans."

General tickets go on sale at 9am on Friday 29 March. Click here for more information.