Two NZ news reporters have felt the power of a prank after being tricked into congratulating two notorious serial killers for their so-called wedding anniversary.


In a segment on TVNZ's 'Breakfast' show called Today's The Day, where viewers send in events they're celebrating for an on-air mention, Jenny-May Clarkson and Indira Stewart happily congratulated Francis and Violet Eastwood on their 30th wedding anniversary. . . Except, the photo sent in by the viewer was of serial killers Fred and Rosemary West. 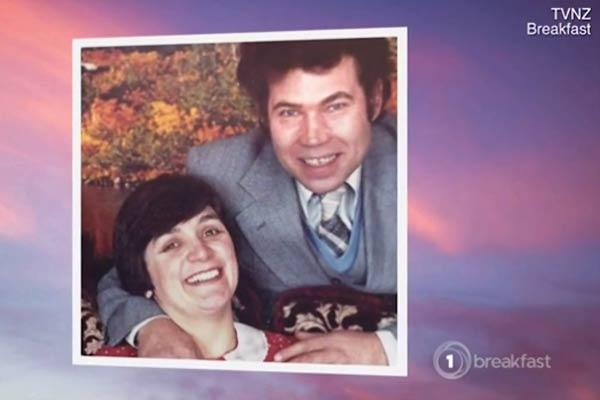 
Fred and Rosemary killed at least nine women between 1973 and 1981. But of course, to these breakfast show hosts, they were just two innocent lovers celebrating a milestone. Oh dear! Watch. . .

"Here's to another 30 years!" the hosts exclaimed after the segment. Ah yes, and here's to double-checking the authenticity of viewer-supplied photos. . .

Well, at least it's not as bad as another recent, similar incident where '7th Heaven' star Beverley Mitchell gave a warm, appreciative shout-out to perhaps Australia's most infamous serial killer Ivan Milat for his efforts in giving hitchhikers a lift.

It was the work of comedian Tom Armstrong.

Of course, Beverley just thought Ivan was a kind-hearted man doing travellers a genuine favour. . . Not committing the murders of seven people in outback Australia. Beverley! Do your research!

"You really helped out the backpacker gang," Beverley said in her shout-out. "We need more people in the world like you."

This is a PSA, since apparently this is starting to become a thing: Trust nobody and research the names and faces of serial killers. There's so many documentaries on Netflix, so you have no excuse. Binge away! You never know when you might be asked to congratulate Jeffrey Dahmer on passing his Anatomy and Human Biology degree!
Tweet
« Nicole Kidman's New York Accent From The Undoing Parodied On Saturday Night Live Amos Gill 2021 Australia Tour »
back to top