Becky Lucas will be performing ‘Since Day Dot’ with regular collaborator Cameron James at the Sydney Fringe Festival this September.


The comedian whose star has been on a rapid ascent talked to us about the upcoming show and took stock of her comedy career.

“It’s me and Cameron James who is another stand-up and he’s a good friend of mine, we’ve done a lot of stuff together, we used to do an online thing for Comedy Central. Usually a comedian for Fringe will do a whole new hour and sometimes it’s good and sometimes it’s a bit shaky because it’s all very new stuff. But we decided to do it together.

"So basically, if you come along to the Fringe show you can expect a lot of kind of half-baked ideas and, you know, us kind of bouncing off each other and figuring out what’s funny about our new material. So if you’re an audience [member] I wouldn’t come expecting a fully polished show but that’s kind of the fun bit, you might get to see stuff that might never make it into the show next year but it’s still funny” Becky explains.

It may not make it in their shows next year but Fringe performances offer a chance to see the beginnings of what may become more recognised work and have a direct influence on it, with audience reactions informing what stays and what gets dropped. 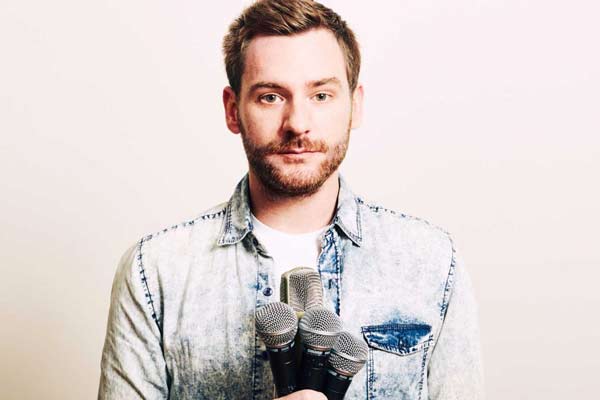 Becky elaborates: “There is no real theme, really we just sit down on two stools and we have a pen and paper and it’s just whatever has happened to us in the past year that we think is worth talking about. I don’t know what the theme would be, maybe 'under-preparedness'. Actually, funnily enough last year we did the same thing and we were riffing on a topic that we ended up writing a TV pilot about.”

Having enjoyed growing success in the past few years, the rising star muses on her personal reactions to it. “Sometimes you start to get a little bit numb to all the cool things you get to do. When you first start out you’re so excited to get even the smallest opportunity. And sometimes you work really, really hard because you can see when you work hard that things pay off and then as you get further along, yeah you do kind of get used to things. As soon as you have something, you want more, and it sucks that that’s how people are all the time. And that can definitely stop the fun or the playfulness.

"So Cameron and I are good in that way because we have a lot of fun. Cameron’s probably one of my favourite people in comedy to work on things with and we have very similar senses of humour but they’re different enough. Most people have a pretty good time when they come along.”

When asked is that the best thing about working with Cameron, Becky is adamant that it is the following: “Making sure he doesn’t run out on his debt because he owes me $50.”

‘Since Day Dot’ plays The Factory Theatre from 4-9 September.