What’s That? Brisbane, Look Out For This Giant Humanoid Landing At Portside Wharf Internationally-renowned Australian artist Amanda Parer has presented ‘Fantastic Planet’, a collection of giant, inflatable, white humanoids landing at different sites across the globe. . . And Brisbane is next.


From the end of August and throughout September, one of the five-metre-tall figures will crouch over Portside Wharf, as its new home. Amanda took inspiration from the 1973 Czech/French film ‘Fantastic Planet’, set in an unimaginably distant future where gargantuan humanoids take over a human race turned feral. It brings about a view Amanda shares with the legendary David Attenborough – a view that humans threaten their own existence using the world’s resources. 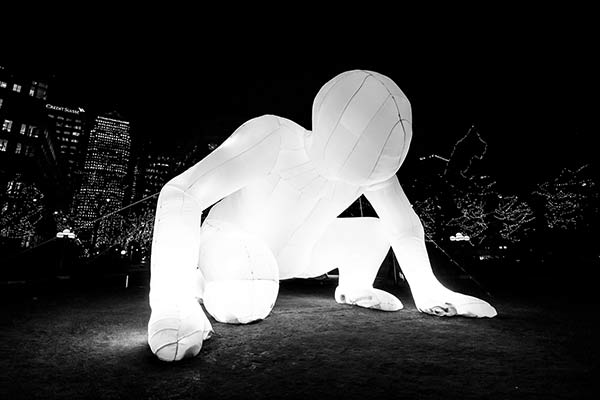 “Scale is a very important factor in this work in that the artist is allowing the audience to hopefully experience a moment of humility and reflection amongst these large but peaceful giants, a sense that we as a species rarely get to feel,” Amanda says.

Visitors to Portside Wharf will be able to experience wonder in this humanoid’s size, as it lights up the wharf at night and becomes illuminated. Or, you could see it during the day to catch it among riverside views.

What’s That will be on display at Portside Wharf (Brisbane) from 31 August-26 September.
Tweet
« 5 Sade Songs That Inspired Simply Sade By Bonnie Lee Galea 5 Secrets Uncovered At A Midnight Visit In Brisbane »
back to top