The Harbour City will transform into an extraordinary playground when Vivid returns with more than 200 events, celebrating Sydney’s diversity, resilience, Aboriginal culture and vibrant creative community.


“Through revealing the vibrancy of the full Vivid Sydney 2021 programme, there is no doubt this much-loved festival will provide everyone with a multitude of reasons to experience Sydney after dark,” Minister For Jobs, Investment, Tourism And Western Sydney Stuart Ayres says.

“Australians have a huge appetite for adventure, and I encourage everyone around the country and in New Zealand, to start planning their visit to Vivid Sydney now.”

In 2021, the ideas are big, bright and bold, set to work their magic across the city for 23 days and nights in locations such as Circular Quay, The Rocks, Barangaroo, Darling Harbour and Luna Park.

Visitors will connect with stories of resilience through 50 light installations and artworks.

“There’s always meaning to a work, and that’s one of the greatest things about Vivid Sydney. With the huge diversity of artists represented, you’re getting a real mix of personal views and beliefs,” Vivid Light Curator Lucy Keeler says. “Vivid Sydney’s light art collection demonstrates artists exploring the zeitgeist. This year a response to the themes of isolation, escapism and a need for greater human connection is prevalent.”

The Sydney Opera House sails will transform into a new digital rendition of an iconic Martu painting. The new projection is Yarrkalpa - Hunting Ground, 2021 by Martu Artists and Curiious, with music from Electric Fields and Martu Artists. 
Various installations will explore the wonders of our natural world, such as Patterns In Nature – based around earth, fire, water and air – by University Of Technology Sydney design students.

Vivid Ideas 2021 celebrates the Mavericks & Misfits among us, who think differently, speak out, and shake things up. There will be 90 intriguing talks and workshops on offer, as Vivid Ideas embraces the quirks and kinks of humanity.

Internationally-renowned actor from ‘The Good Place’ as well as body positivity advocate Jameela Jamil headlines the Game Changers programme at Sydney Town Hall, exploring the need for greater diversity and inclusion in media. LGBTQIA+ advocate, actress and comedian Magda Szubanski compares notes with award-winning author Julia Baird on building resilience and the role of nature and the arts in healing. Aussie hip hop pioneer and author Briggs, alongside comedian and isolation cooking champion Nat’s What I Reckon, will talk about music’s role in supporting mental health and shaping identity.

The Heaps Gay: Kween’s Ball at Luna Park will be a technicolour showcase of emerging and established musicians, featuring Mia Rodriguez. Hyde Park Barracks will host El Gran Mono vs The Inner West Disco Machine, a day to night dance party celebrating the sounds of Latin America, the Caribbean and the roots of sound system culture in these regions. 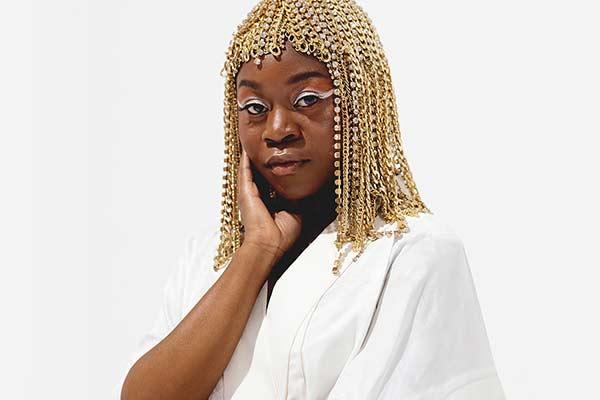 
Vivid LIVE is set to celebrate artists at the cutting edge of their genres, in seven Australian exclusives and three world premieres.

The Up Late series will be hosted at renowned Sydney cultural institutions, offering music and ideas across talks, DJs, performances and art at Museum Of Contemporary Art Australia, Australian Museum, Powerhouse Museum and Maritime Museum.

Check out the full Vivid programme.