Unheimlich – Art And Theatre Collide To Explore The Unfamiliar In Perth The recesses of the human mind are exposed for the stage in 'Unheimlich’.


Presented with Performing Lines WA at Perth Institute of Contemporary Arts, 'Unheimlich' follows a happy couple on a journey where dreams and memories merge into reality. It's a new Western Australian work and draws inspiration from multidisciplinary artist Tarryn Gill's 'Guardians' series of sound-emitting soft sculptures.

'Unheimlich' features a set of Tarryn's life-sized creations and is co-created with The Last Great Hunt (theatre company) alum Katt Osborne. The show also doubles as a response to current conversations on gender equality, and has been in development since 2017. It was originally meant to open in 2020 but has been pushed forward due to COVID – finally, it's set for its premiere this month in Perth.

To explain more about the show, we spoke with Co-Creator Katt Osborne.

What is ‘Unheimlich’?
'Unheimlich' is a German word that means un-homely or uncanny, and expresses a feeling of unease or uncomfortableness. The term is referenced in Freud’s essay 'The Uncanny' and as a word, it encapsulates the atmosphere and feeling of the performance work that myself and co-creator Tarryn Gill are exploring. The performance has been a collaboration that was inspired by Tarryn’s sculptural works and myself as a theatre director. We have created a story that follows a couple and how their comfortable, playful and familiar domestic space and relationship becomes unfamiliar, strange and uncanny.

This work has been in development since 2017. What has been the biggest challenge in creating it over these years?
We have worked very collaboratively which has been great, but also a challenge. The way that live performance is made is different to visual art and so melding our processes together and creating the time and space that we need to co-create has been a challenge, but very rewarding. The show, like many others, was supposed to happen in 2020 but couldn’t, so between our December 2019 residency at PICA and now, we have had a lot of waiting. Picking up the momentum of the project has been challenging, but the time has also allowed the show to grow in our minds in the meantime. So the challenges have really helped the show develop and I feel that I have grown as a performance maker and director throughout. 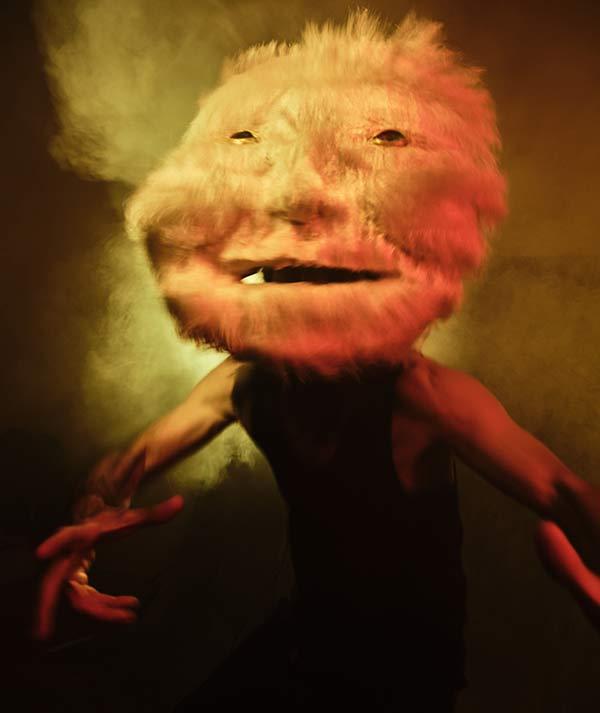 
And what has been the highlight of working together with Tarryn Gill?
It’s a huge privilege to bring her amazing, visceral and evocative works to life. I loved in her 2016 'Guardians' series how the sculptures could hold a sense of duality – playful and fun, and then unsettling and surreal at the same time. I have always loved surprising and complex imagery in my own work and I think our aesthetics have aligned in such a satisfying way. Tarryn is a fabulous artist and amazing person and I’ve enjoyed how we followed our intuition in this process and gotten to learn from each other throughout.

Who is this show for?
'Unheimlich' is for people who enjoy seeing something different, who want to be surprised and immersed in live performance. It’s visceral, it slips from funny to dark and back again. It’s about intimate relationships with others, but also ourselves, and how these relationships can slip and change over time.

It’s a bit of a hybrid of art and live performance. How do the two cross over here?
The whole show has been inspired by Tarryn’s work. This was the starting point. The story came organically through exploring movement with the masks, puppets and objects that Tarryn had created. The show has a dream-like and surreal logic and takes the audience on a journey of feelings and images, which makes the work feel like moving visual art. We couple this with a central journey of two characters from the start to end of their relationship. So in a theatrical sense, there is a core story that the audience can follow, but told mostly through images. It’s a very theatrical performance, the set, costumes, lighting and sound are very deliberate and heightened. 
It’s also a response to conversations around gender equality. Do you have any comments on this in the context of the show?
This is a complex question. The best way I can answer it is to describe what the show explores. We know the audience will bring their own context with them to the show. The journey of our two central ‘human’ characters (I say that because there are also un-human characters in the show) explores our relationship to our significant other and our relationship to ourselves. Everyone carries their past experiences and traumas in our everyday life and this is often magnified when we live with someone. 'Unheimlich' invites the audience to observe gendered power dynamics at play within a society’s most idealised and 'traditional' romantic unit within patriarchal culture. In the uncanny and un-homely nature of their domestic space, a place which should be nurturing and secure, we see childhood games turn to power plays. The absurd nature of the performance, where humour slips to horror and back again, aims to create space and safe distance for the audience to engage with the performance at their own pace, reflecting on their own experiences.