Shakespeare is prevalent at challenging his audiences, and Queensland Shakespeare Ensemble’s latest production has done just that.


'Twelfth Night' is a gender-bending play, where identities are mistaken, sexual innuendos run rampant and comedy is in abundance.

Now in their fifteenth year of production, QSE have been providing Brisbane locals with many opportunities to get up and close to Shakespeare’s classics. This is no exception with 'Twelfth Night', at Roma Street Parklands. 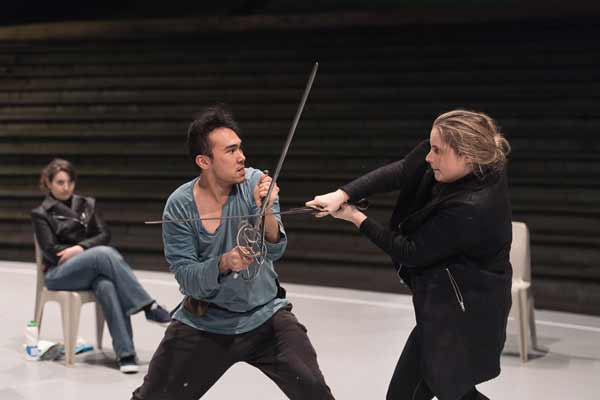 There have been many film and stage adaptations of this play. One that stands out to most would be the 2006 romantic-comedy, 'She’s The Man', starring Amanda Bynes (when she was in her prime).  'Twelfth Night' tells the tale of an awkward and hilarious love triangle that becomes absolutely chaotic.

QSE’s use of Roma Street Parklands Amphitheatre was really interesting. They created an atmosphere that helped bring this classic story to life. Entering the parklands is a journey itself, but the walk is complemented by luscious landscapes and running waterfalls. After finally reaching the theatre, it feels like a walk through Illyria’s countryside. The location fitted perfectly and aided in creating an intriguing gypsy-like atmosphere, where audiences were ready to hear a Shakespearean story.

Not only was suspense built with actors playing in a live band, but the staging was completely reversed (for those playing at home, the audience were sitting on the stage towards the outer edges). The concrete seats paved the stage’s background, and the ample space provided the ensemble with many opportunities to create new scenes, different theatrical levels and distanced background action – a clever idea to simplistically transition scenes when only minimal props were used. 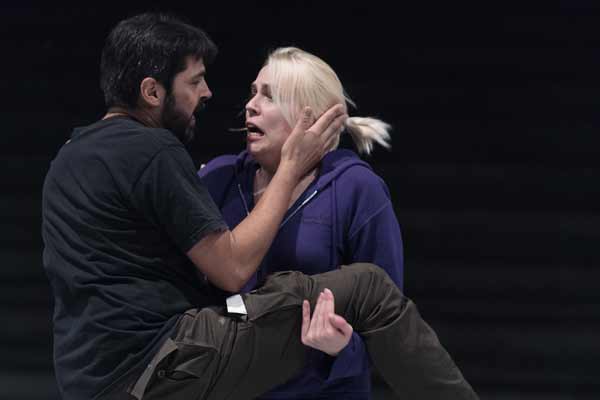 With an audience of approximately 75, the reversed staging brought the audience closer together and the show became an intimate soiree. It was a nice choice for a cool spring evening – almost – under the stars.  The experienced audience was equipped with blankets, warm drinks and snacks to keep them cozy for the next 2.5 hours: something this reviewer will remember for next time.

As much as this presentation was enjoyable, at times it was difficult to watch the action as lighting was situated behind the audience. Players would enter the scenes from every which way, but being seated to the far left often left the audience blinded by lights, making it difficult to focus on scenes that were orchestrated in the entrance/exit.

'Twelfth Night' jets off at enormous speed, with so much chaos, obsession and hilarity. If something is missed, or keeping up with the action is hard, there is a very high risk of being left behind. However, skilled performers handled this fact well and did their best to guide through the intricate storyline with ease. One head-scratching moment was when Christianity met Semitism, and a Catholic priest was talking with a Yiddish accent. 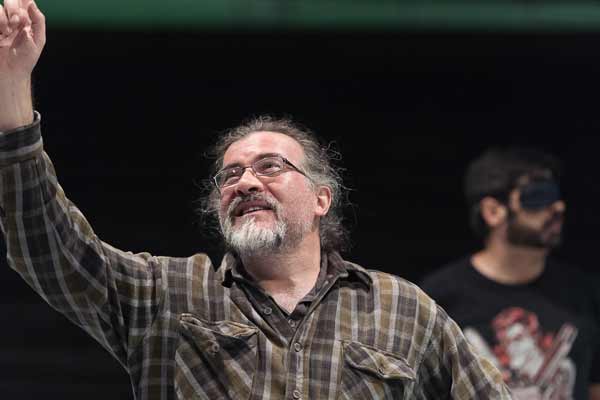 Standout performances came from Rebecca Murphy as the manipulative and seductive Maria, Chris Vaag as the flamboyant and cowardly Sir Andrew Aguecheek and Paige Poulier as the boisterous Sir Toby Belch. In fact, Vaag delivered a favourite moment of the play, where he practiced his sword fighting at the far back of the Amphitheatre, and went barreling over the wall. This was a nice directive and good use of the space.

Special mention needs to be made of the musical interludes, which encouraged a nice flow in pace. In the program, it’s noted that all original music was by the show’s director, Rob Pensalfini, and actor, Silvan Rus. They deserve massive kudos on developing such a creative soundscape.

Shakespeare’s works are widespread across the arts scene. The famous playwright exists because he makes you think instead of telling you what to think. This is exactly what QSE’s 'Twelfth Night' has provided. As the world commemorates the 400th year since Shakespeare’s passing, QSE is a courageous group that has managed to keep Shakespeare’s spirit and stories alive.