The 7 Stages Of Grieving: Chenoa Deemal Tells Her People’s Stories Actress Chenoa Deemal takes to the stage to tell the stories of Indigenous Australians in ‘The 7 Stages Of Grieving’.

Indigenous Australians have a rich tradition of storytelling, from the ancient Dreamtime all the way to the present. Celebrating that tradition is the classic play ‘The 7 Stages Of Grieving’, which celebrates its own 24-year anniversary. Taking to the stage is actress Chenoa Deemal, who is humbled to perform the play at the Redland Performing Arts Centre. 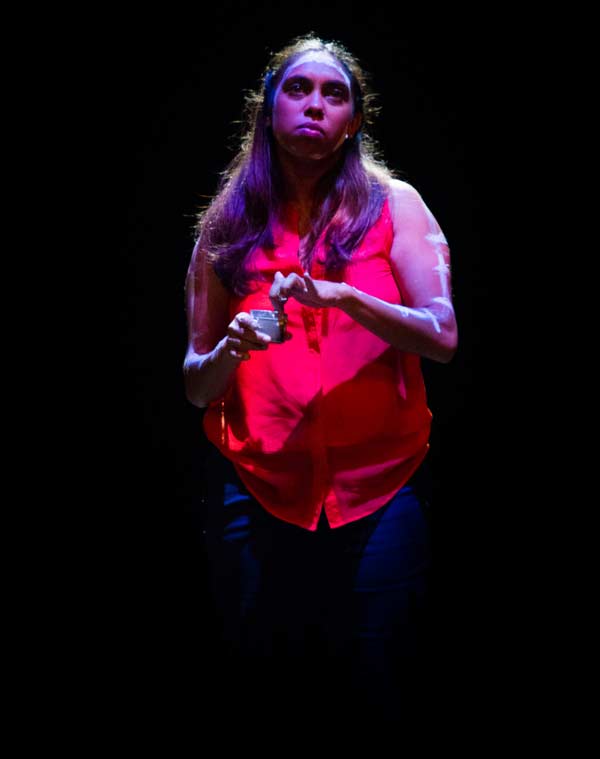 Written by Wesley Enoch and Deborah Mailman, ‘The 7 Stages Of Grieving’ is a one-woman show telling stories of tragedy and triumph of Aboriginal people through historical, cultural and personal tales. “The show is about one woman and her journey through dealing with grief and intergenerational grief,” Chenoa says. “It’s about how Aboriginal people deal with that sort of content in their lives, and how we come out the other side through it as a people and as an individual human being.”

Growing up in the Far North Queensland mining town Cape Flattery, Chenoa always had a love of storytelling. “Every year we did a little concert for our family and the miners. Being on stage made me feel like there was something that I really loved to do. I was a very shy kid, and I felt like the stage was somewhere I could shine and feel like more of myself than anything I’d ever done before. It was my favourite thing to do every year. So, when I got to high school I studied drama. It just kept escalating from there.” 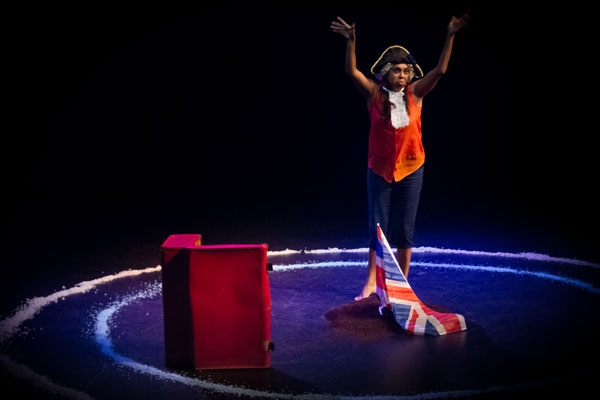 To reflect recent developments in Aboriginal history, Chenoa and Director Jason Klarwein have brought new life to the play with new additions and changes. “We’ve added a new ending and a snippet of Kevin Rudd’s ‘Sorry' speech. It’s a really powerful and a beautiful way to end the show. We’ve made all of the changes to the show with the permission of Wesley. He didn’t come to any of the rehearsals to see how the show was going. He trusted Jason and I. He came to see it on opening night and was very happy with the production.”

Changes were also made to reflect Chenoa’s own background, making her relate even more to the story and tell it in a way that makes a deeper emotional impact on the audience. “My people are the Guugu Yimithirr people, and we speak the Guugu Yimithirr language, which I speak in the play. We’ve wanted to make this play about me as much as possible, so we’ve drawn on my landscape, my culture, and my language. Where I’m from there’s a place called the Coloured Sands, which is a canyon with all different coloured sands. We’ve used some of those colours within the set to represent my home.” 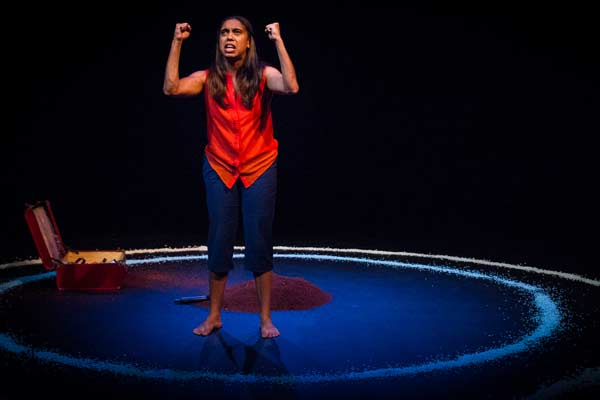 While the play explores heavy themes, Chenoa explains there’s a good dose of humour to help create a balance in the story. “It’s not all just anger and sadness and bitterness. It’s quite light-hearted because that’s Aboriginal culture – we’re a very funny people. There’s so much comedy and laughter amongst our people. You can’t do an Aboriginal play without having a lot of humour in it. People leave after the show feeling like they’ve experienced something quite deep and profound, but actually having a really entertaining night at the theatre as well.”

Tweet
« My Name Is Jimi: A Family Affair At Queensland Theatre South Australian Living Artists Festival: Covering The State In Visual Arts »
back to top