This exhibition comes as a result of exploration of historical CSIRO research into the activity of termites.

What is it about insects and termites that excites/inspires you?
In the early 2000s – in what seemed like a far-fetched idea, Dr Aaron Stewart – from the entomology unit of Australia's Commonwealth Scientific and Industrial Research Organisation (CSIRO), began to investigate the use of termites to locate rare earth minerals, such as gold, copper and other rare earth minerals. For me this anecdote presented an interesting analogy or potential for an allegorical framework: how might these termites (as miners/world-builders) be employed/exploited to narrate the story that underpins human social and economic structures? As an artist who has a predominantly sculptural practice, I’m inspired by termites' capacity to build sophisticated architectures that enable them to regulate their vast colonies in dynamic environments. It provides for me with an intriguing way of thinking about how humans might better regulate our consumption production and digestion, how we might better metabolise our being in the world. Termites live in vast colonies, so this also provides a way to rethink the way we coexist with nature rather than exploiting it to maintain our fast and growing population. Given that recent global events both economic – (with the global financial crash) and environmental – (with climate change) have exposed the inability for liberal and democratic governments to deal and actively respond to the feedback our environment is giving us. Termites are social insects, and this provides me with a micro perspective to zoom out from the complexity of thinking at a human/global scale to think about how humans might reconsider how we work and live together. Termite behaviour provides a model of a decentralised model of social and economic organisation.

What was the process of putting these sculptures together?
The notion of consumption and accretion is evident throughout the exhibition. The third form is made in the computer using swarm, or emergent-based software which has a foundation in looking at insect behaviour, such as stigmergy – The principle of stigmergy is that the trace left in the environment by an action stimulates the performance of a next action. Termites build using cement pheromones and their saliva which they mix with dirt, which they add to their mounds, informing the following termite's operations. Biomimicry software is behind a lot of algorithms such as traffic flow and signal, early internet modem efficiency, weaponised drones and other autonomous systems. The sculptures are 3D printed forms designed and modelled on a computer then printed in a process that builds up layer by layer – an accumulation of strata which is an interesting inversion of the process of mining which removes strata layers. The forms also display a very clean surgical-like slice though this is both to evoke the notion of the rift or the cut between humans and nature extractive economies and scientific rationale, but also determined by the 3D print bed which meant that the objects needed to be printed in sections and then assembled with industrial infrastructure-like assemblage. The forms themselves also have specific reference to existing infrastructures, the first is a remodelling of an existing underground tunnelling system for Tindel's goldmine in Western Australia, in which automated mining equipment moves in and out of large tunnelling systems to extract the deeper gold deposits, the idea was to produce a 1.100 scale model to train termites. 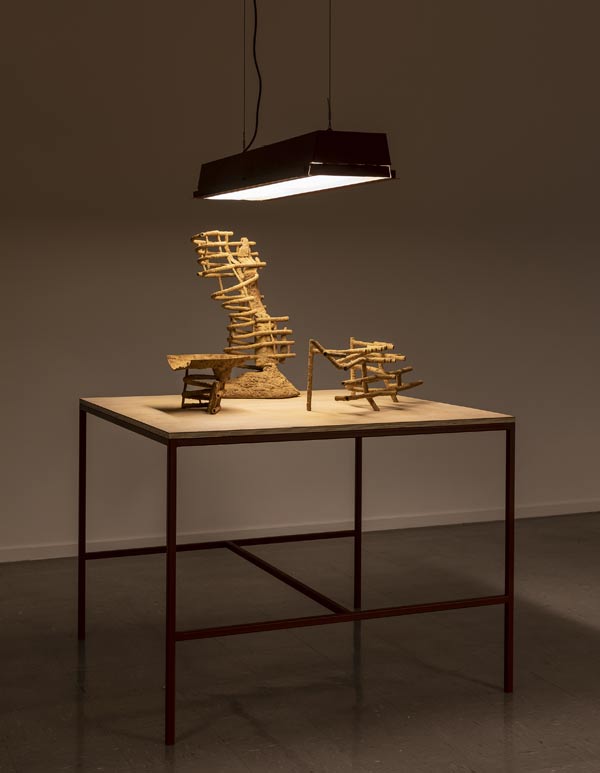 
Where did your passion for creating this kind of thing come from?
Making things has always helped me to better understand the themes I am exploring. I have dyslexia, so retaining information and reading was alway extremely difficult. I learnt to understand the world through images and making things. In recent years the work has been driven more by a conceptual impetus but thinking with termites has helped me find a way back to working with materials and building objects, even if it is remediated through new technological processes such as 3D printing.

How are you hoping attendees of this project react to the work?
My work and projects result in exhibitions that are an attempt to consolidate into visual and material language things I have learned through the process of investigating particular ideas. While it is important that the themes of the work resonate with the audience and the central narrative of the work is decipherable, I also want the viewer to leave the exhibition with questions rather than just answers. I hope to open up their own questioning about the themes present in the work. 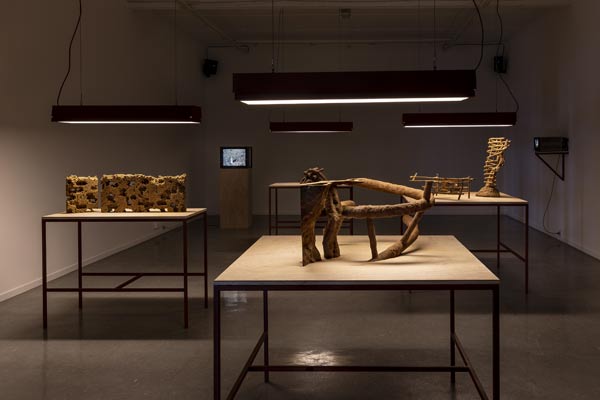 
You've addressed a number of different themes and topics in your work. Can you tell us about another one of your projects that you enjoyed creating?
Nauru, Notes from a Cretaceous World (2009-10) was the first project I engaged in when I returned to Melbourne after living in Europe. With many of the things I had learned while in Berlin, I wanted to adapt them to a local context. In the case of Nauru it was a historical narrative that was stranger than any fiction could conjure where the site and place presented a series of ready-made expanded sculptural situations produced by social conditions which would became the material for the work. I couldn’t just go out and buy the materials needed to make the work, rather it involved protracted conversations and negotiating, a lot of unlearning and the almost impossible task of obtaining a visa to travel to Nauru. I traveled to the island twice to film, as well as freighting a coral limestone rock back to Melbourne which was almost confiscated by customs. Further to this I used one of the limestone pinnacles that had been originally shipped from Nauru that was mounted in the forecourt of the Nauru House high-rise at 80 Collins Street in Melbourne. Through my research, I had learned that the then president of Nauru, Bernard Dowiyogo, while in America seeking medical support for diabetes had been quoted by a journalist as stating that he planned to save the island from immanent bankruptcy by using the millions of coral pinnacles that were exposed due to the strip mining of the island, and turn these pinnacles into ancient coral coffee tables. Dowiyogo passed away before such a project could be completed and the pinnacles that had once adorned the entry court of the Nauru House where removed when the building had to be sold, as the country had defaulted on a serious loan. I feared they had been sent to the tip, after a lot of detective work I learned that the pinnacles had been in fact moved to the backyard of Nauru’s former spokesperson in Flinders. Then I explained to her my idea to complete Dowiyogo’s project to make coffee tables. Through the action of transforming one of these pinnacles into an ancient coral coffee table, slicing through its material I felt I was somehow entering into the history of Nauru and participating in the telling of its story.

And separate from Termite Economies, what's next on your list of things you'd like to explore for art?
Recently I came across an article in the newspaper about a group of scientists based in Australia that have leased one of the first Victorian goldmines in Stawell, three hours drive north-west of Melbourne, and are currently building an underground physics laboratory 1,000 metres underground in one of the mine tunnels to prospect for dark matter. They will house sophisticated equipment that will attempt to detect light from dark matter, I’ve been thinking of it as a camera obscurer for the universe. I’m in the very early stages of thinking how I might be able to respond to this.

Termite Economies is on at Perth Institute of Contemporary Arts from 27 July-6 October.