Tash York And Her Trash Talk Taking Over Adelaide Fringe Tash York is on a mission to find the treasure out of a garbage year, because one person's trash is another person's treasure, right?


After being locked down in Melbourne for most of the year, the award-winning cabaret comedian has put her creativity to good use, designing a show which takes 2020 (and all its ups and downs) to task. Tash mainly crafted the show via Zoom – where a lot of us found ourselves during the pandemic.

“This show is all about putting into perspective the dumpster fire that was 2020 and putting in the bin what is no longer necessary/or things that have been dragging me down,” Tash says. “Original songs, parodies about Karens and improvised five-year plans is just some of the fun we get up to in the show!”

'Trash Talk' has been selected to be part of Gluttony's Fringe Sisterhood Initiative, supporting female identifying producers and performers who were adversely affected by the pandemic.

Tash will be joined on stage by backing vocalists and instrumentalists The Red Red Wines, Matthew Hadgraft and Vivian Fonteyn, for this campy cabaret spectacle. 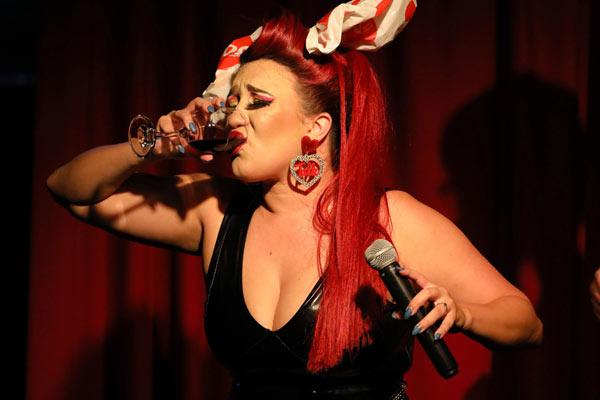 “I've just had a season of the show in Melbourne (the first time in front of a REAL AUDIENCE) and they have been really loving the tongue-in-cheek attitude of the show's content, but also feeling very moved by the original songs and stories about trying to find your own treasure from a trash year,” Tash describes. “They've also been loving my brand-new backing vocalists and music makers The Red Red Wines on violin and piano.”

“I'm looking forward to being back on stage again, and having a happier ending than last year! Last year I left Fringe and went straight into lockdown, so it's this kind of utopia that I have been craving to go back to! Plus I'm at the very pre-drinking friendly time of 6:20pm which means I actually will have some time to see some other shows this year too!”

'Trash Talk' is on at The Lark at Gluttony – Rymill Park (Adelaide Fringe) 2-8 March.
Tweet
« 5 Things To Take To A Riot With Performer Miss Friby .CHURCH. – Exploring All That Glitters At Adelaide Fringe »
back to top