Sex With Strangers
"I was the sort of kid who would prefer to stand on top of a desk than sit behind it, probably a little bit hyperactive."

Speaking with actor and producer Thomas Larkin is like having a chat over a beer with a mate you've known forever. When quizzed on his formative years as an actor, "sport was my first and foremost love," was his initial response. He quickly offered up the spectacle of Christmas Nativity performances he witnessed as a child grabbing his attention to theatre. "It really switched something on in me at a very young age... there was a distinct point when I got into drama in grade 8, it was great way of building my confidence, finding my voice and I did love it, but I did not have any mentors.

“I should add that my parents met at an amateur drama school. Dad was an Aussie boy who went to the UK and wanted to meet girls, [he] ended meeting my mother at a drama camp.

"It wasn't until I was sat down in grade 11 and given the hard choice." Thomas was playing first grade soccer, volleyball and cross-country. "I was never really a jock that fit into any group. I was more of a shy kid who earned street cred from being good at sport." Given an ultimatum by a teacher in the form of a concise statement, "there's no way you can play Rolf (Gruber) in 'The Sound of Music' as well as doing the sport." Thomas' decision: "Sport won!"

This decision was driven by his thought that he was not sure how it was possible to make a living from acting and so he set his sights on playing for the Brisbane Lions. Unfortunately he suffered some injuries and was almost forced to take some time off to make some decisions. First he went backpacking and then took, what he calls "glamorous jobs including working at 'Mrs. Crocket's [making] salads as well as water-blasting barnacles off CityCats." 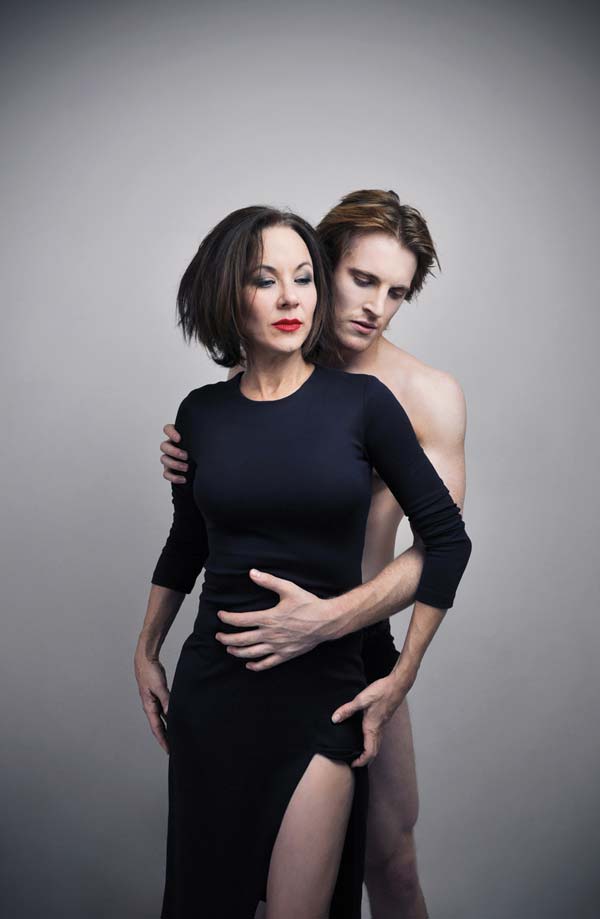 Thomas' acting career was given a surprising boost through a chance meeting with leading Australian theatre director, David Berthold. From this meeting, Thomas gained a role in Shakespeare's 'Hamlet' and went on to perform in many other Shakespearean roles essentially typecasting himself for a period of time. Appearing sans shirt quite often in his roles, which he emphatically states "is completely contractual" with a cheeky giggle, one might wonder. This has lead to Thomas being described as "a Shakespearean 'Baywatch' character". He answers that by saying, “to cut the bullshit for you, a lot of people stereotype you and present you in ways that aren't real."

Thomas' advice for aspiring actors is well thought out. "The reality is, without being a pessimist, it's a tough lot. You have to work hard just to prove yourself and gain respect, but there is a false sense that it's a lucrative career. You have to be 110 percent sure of yourself in anything you do. You kind of diversify, which is not everyones cup of tea." 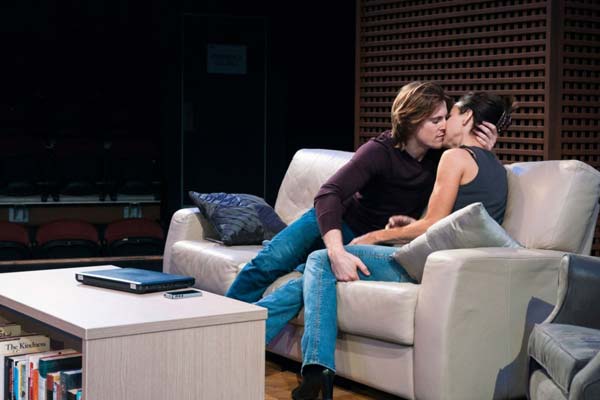 On the subject of diversifying, Thomas gave his opinion on moving from the more classic theatre roles to this more contemporary role. "Let's face it, sex sells! That was one of ['Sex With Strangers' writer, Laura] Eason's primary considerations when writing the play." While there is some on-stage partial nudity and a "whole lot of innuendo", there is a subtext designed to make people think. When asked about the importance of psychological stimulation above the physical over-stimulation we are bombarded with every day, Larkin responds, "100 percent, 100 percent. That is what Laura [Eason] is writing about."

Thomas' character in 'Sex With Strangers', Ethan is "aged around 27-ish" and his notoriety comes from his blog of his sexual conquests with strangers. His online persona is somewhat fancified compared to Ethan's real life. At a rural bed-and-breakfast, Ethan meets Olivia (Veronica Neave) an author whose career halted after writing her first book. There is an instant attraction between them, though not as the simple conquest Ethan is used to. "There is something attractive about an older woman who sees through the bullshit, who won't end up in the blog."

"Olivia never actually states her age, although she maybe 39 or even older." Olivia and Ethan's relationship continues "as an emotional, physical and intellectual tug-of-war" which compels the audience to be nearly but not quite satiated. The intention is not to have an obvious love story, but to cause the viewer to look deeper into the story.

'Sex With Strangers' is intelligent, funny and as the title alludes, unreservedly steamy. Laura Eason’s refreshing script manages to avoid the melodrama and angst to which many other relationship dramas fall victim, where the balance of power between two strong-willed people plays out with Ethan and Olivia sharing a captivating sexual energy.

Get seduced, and enjoy some mind-blowing 'Sex With Strangers' at Brisbane Powerhouse, 11-22 February.
Tweet
« Elise McCann Loves Lucy Nocturne: Animation Blurring The Boundaries »
back to top